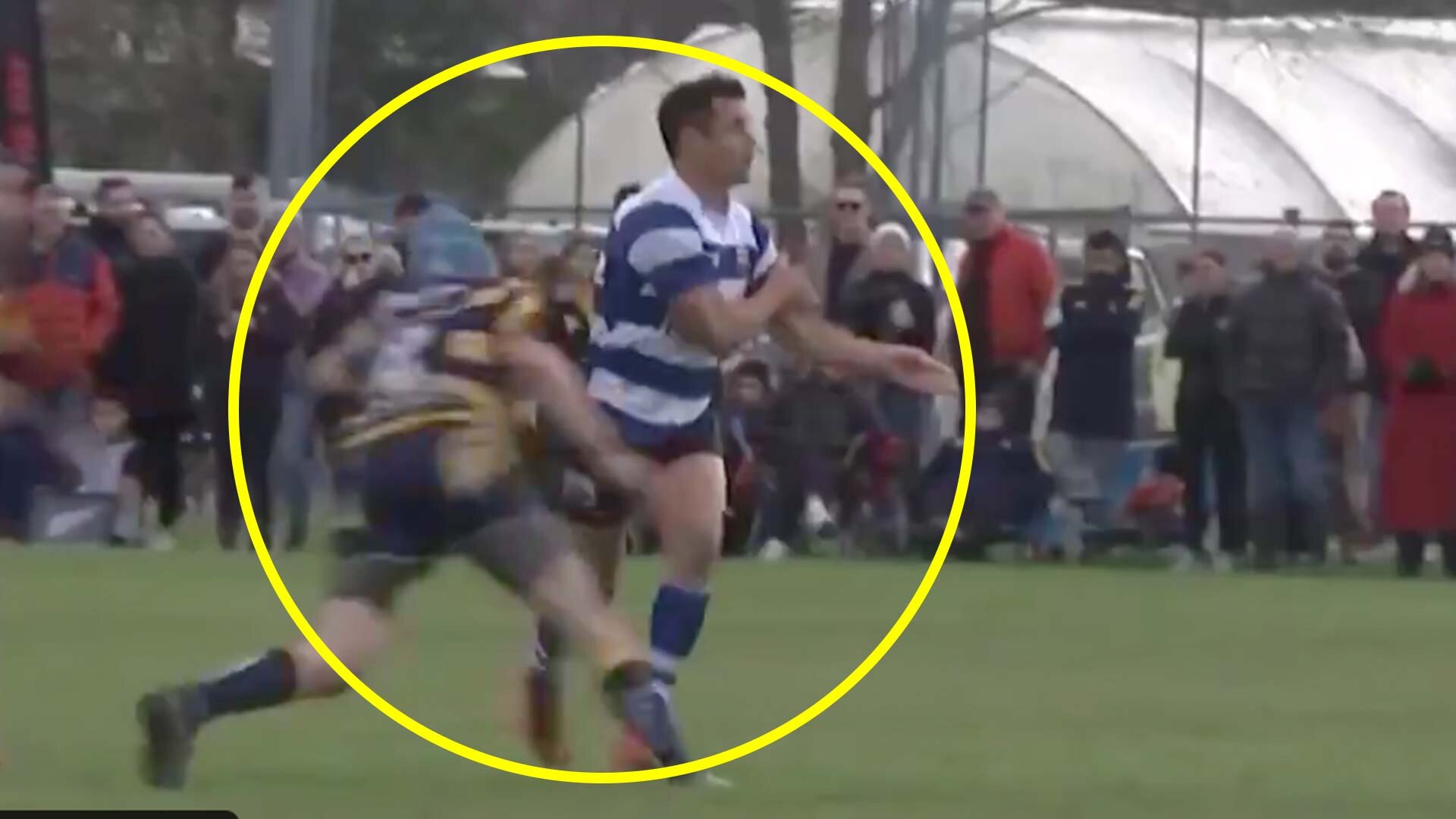 Dan Carter was on the receiving end of a sickening hit from a player in the club rugby match that he did for Southbridge this weekend. An amateur club that he used to play for.

Carter played for Southbridge this weekend, a club that he used to play for when he was a child.

The town has a population of less than a 1000 people, and Carter played for the club before he made it pro for Canterbury and then the Crusaders

The All Black legend today made an appearance for the side, as he looks to get game time before he before his return to Super Rugby.

The media scrum surrounding his return to playing rugby in New Zealand was crazy today.

A video of him getting a lift from his dad to the club was filmed early today. There were plenty of cameras waiting for him when he arrived.

Dan Carter getting a lift from dad to his club rugby game today. pic.twitter.com/yiBQHhJ7d0

Carter, obviously, expects to be a target at any level that he plays at.

The All Blacks star has been known to be a target now in rugby given his big status. When he played in Japan over the past two years, he has been targeted a lot and that is common now.

This weekend’s match was the very same, with members from the opposition all desperate to make a big hit on one of the best rugby players of all time.

It didn’t take long for Dan Carter to be on the receiving end of a big hit from the opposition.

You could hear the crowd make an audible gasp as the golden boy took the massive hit.

We can expect to see a full replay of Carter in this match soon, but for now all we will see is this big hit on the player.

It just goes to show big of a name the Blues player is when crowds like this turn up for a game of this size.

There are two angles of the hit we can show you.

Here is the sickening hit he received!