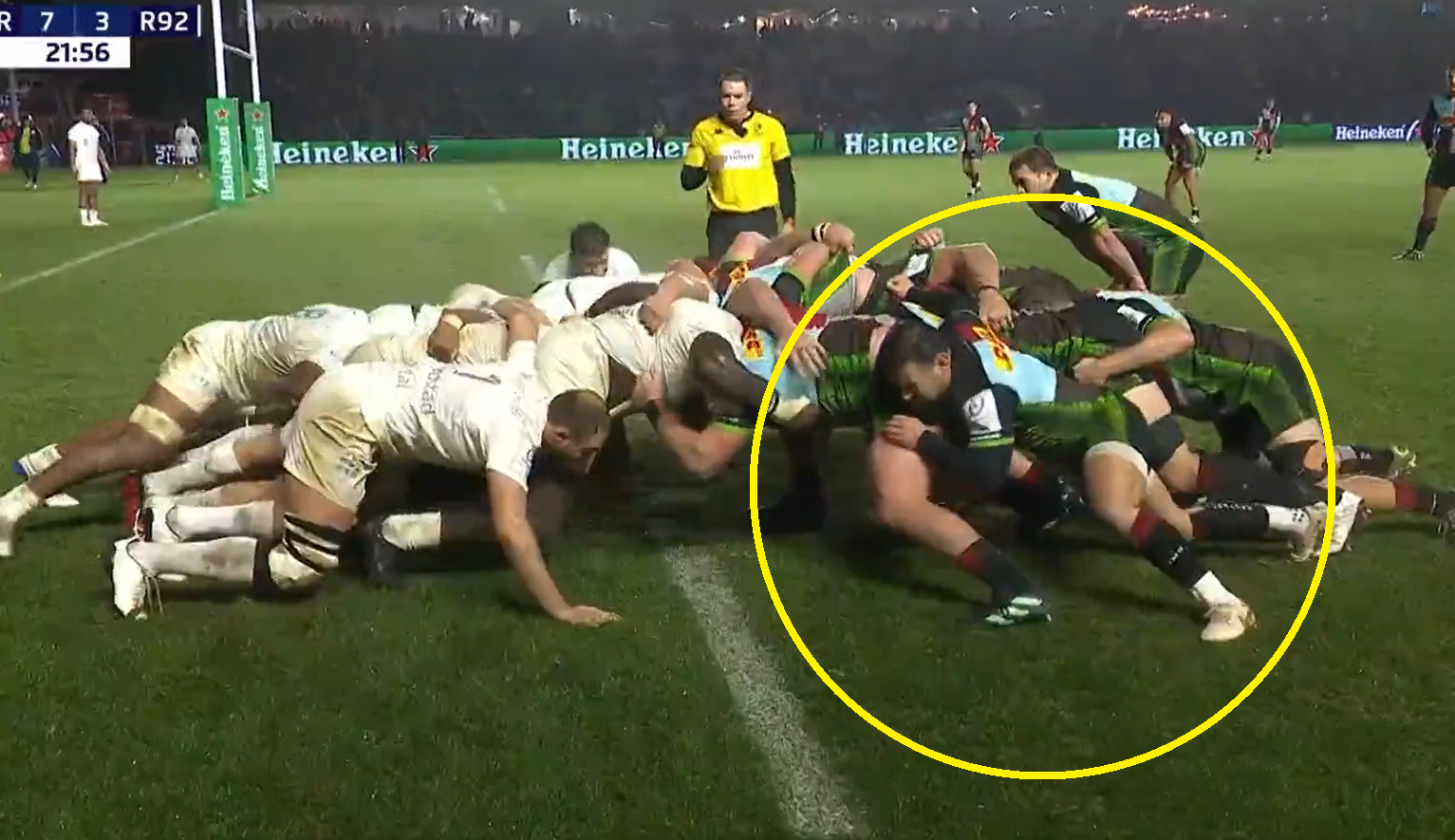 Care knows that if he shows he can be picked as a scrumhalf who can cover the blindside, then new England head coach Steve Borthwick will be forced to pick him.

And he’s right too, as this video evidence shows.

Harlequins won a free kick after Care put his massive weight into a scrum against Racing 92 at the Stoop this evening. It was a dream come true, a dream realised for the magical and brave English man.

The pint sized Londoner began his professional career with Harlequins and quickly became a key player for the team. His speed and agility, coupled with his excellent passing and kicking skills, made him a vital part of the Harlequins attack. He was also known for his tenacity and work ethic on defense, making him a well-rounded player who could contribute in all aspects of the game.

Care’s impressive performances for the Harlequins earned him international recognition, and he made his debut for the England national team in 2008. He has since become a regular member of the team, appearing in over 70 test matches and scoring 79 points for his country.

In addition to his success at the club and international level, Care has also been recognized for his sportsmanship and leadership skills. He has been named captain of the Harlequins on several occasions and is widely respected by his teammates for his ability to motivate and guide the team.

Overall, Danny Care is a highly skilled and talented rugby player who has made a significant impact on the game both for his club and his country. His speed, agility, and playmaking ability make him a formidable opponent, and his leadership and sportsmanship have earned him the respect of his teammates and fans.