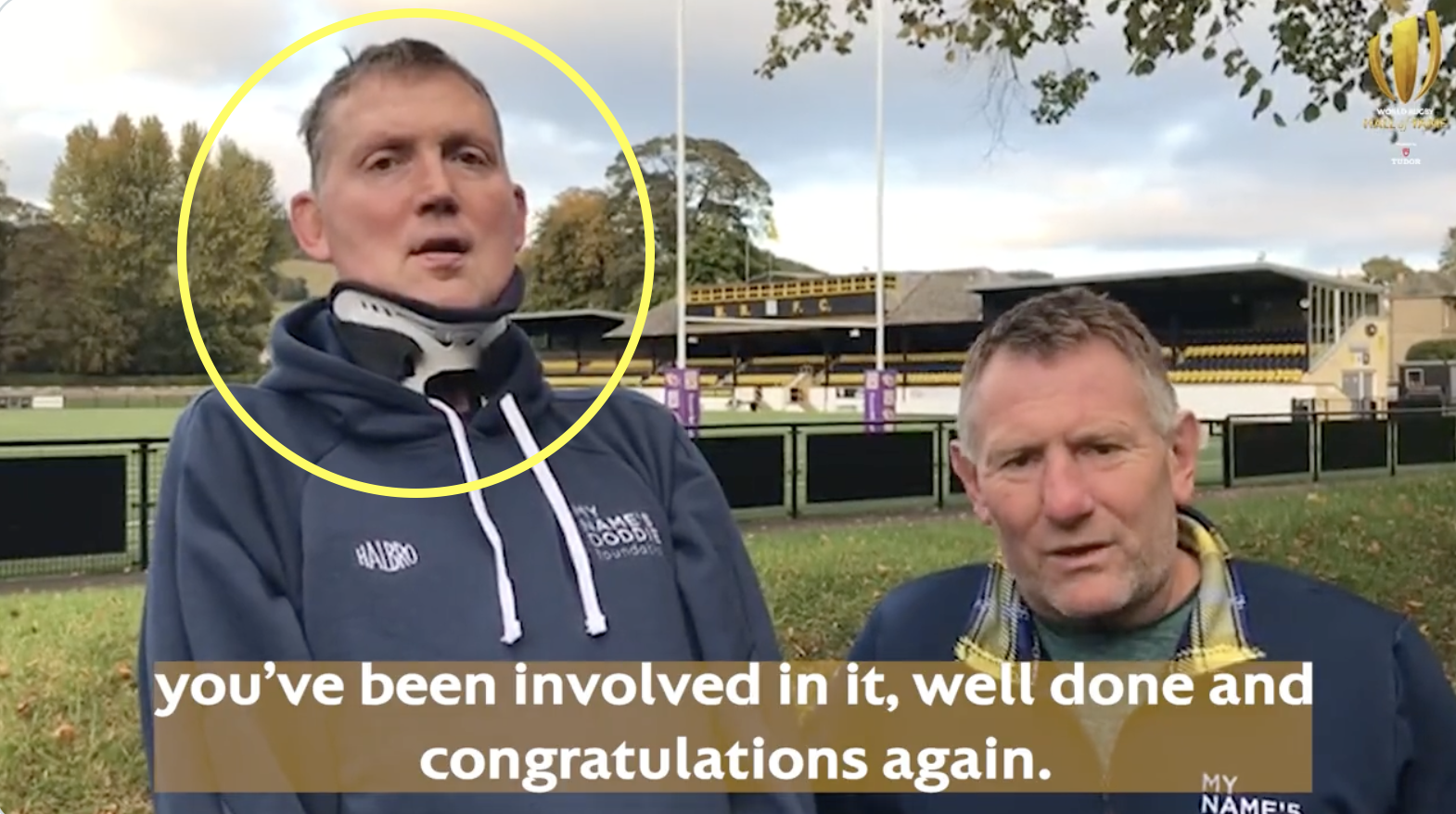 Doddie Weir has shared the story of how Jim Telfer once said that there is only one reason why you can miss training, and that is if you are dead.

The former British and Irish Lions and Scotland coach was inducted into the World Rugby Hall of Fame this week, and was sent a message by former Scotland internationals Weir and Gary Armstrong. Telfer is of course well remembered for his ‘This is your Everest’ speech during the 1997 Lions tour, but Weir added some extra stories which show just how much of a ruthless operator he was.

“Jim, here we are at The Greenyards, a massive well done to you for all that you’ve done especially this new award and accolade. Inducted into the World Rugby Hall of Fame, very well done, very well deserved,” Weir said.

“What you’ve done for international rugby but more importantly Scottish rugby is truly amazing. Whenever I’m about you know I’ve got a very good friend who’s not far away and here he is!

Armstrong said: “Now Jim, congratulations on your award, thoroughly deserved. You’re one of the best coaches we’ve ever played under. You’re a hard man but a fair man and I think that goes a long way. You’re well respected in Scottish rugby. Anything that’s been good in Scottish rugby you’ve been involved in it, well done and congratulations again.

Weir added: “Any team you’ve coached has always won something, so well done to you. Some of the saying that you had are truly inspirational. We all know about the Everest speech but I think a couple of times you said to Gary and I “Run as fast as you can and accelerate!” Only you could think of something like that and I also believe when you were coach at Melrose U18s, a couple of the young ones were missing training and you went to them and said “The only way you can miss training is if you’re dead.” That leaves them under no illusion what they need to do. You’re a very special man, you thoroughly deserve this award.”

I say all the nicest things … https://t.co/wxUHNeIgRo