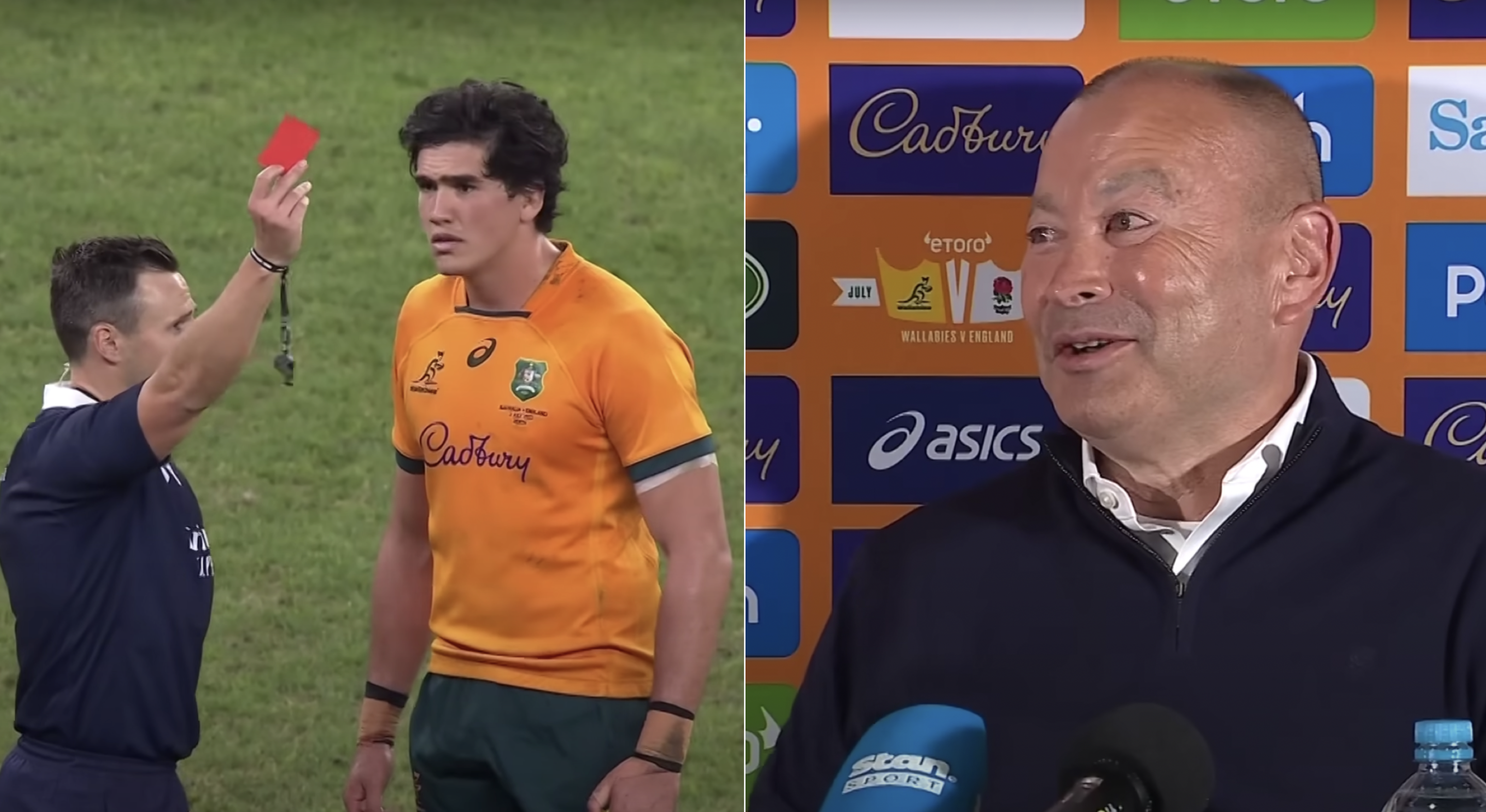 Eddie Jones’ explanation that a referee will always favour a side that are down to 14 men was never going to go down well after his England side lost to Australia in Perth on Saturday, and it didn’t.

The hosts played the entirety of the second half with 14 players after a red card to lock Darcy Swain, and Jones suggested after the match that referee James Doleman therefore looked favourably upon the Wallabies.

“You look at the history of the game, whenever you get a red card the referee evens it up,” Jones said. “That’s the history. Social reciprocality, that happens. That’s normal. We’ve got to be good enough to handle it.

“That happens in every game of rugby.

“Every game of rugby I’ve seen, a team gets a red card and the referee tries to even it up. Because they’re nice blokes referees, I’m not criticising the referee at all or I’m not using it as an excuse, that’s just the reality of rugby.”

Well former All Black Jeff Wilson was not buying that excuse at all, and savaged Jones this week on Sky Sport NZ’s The Breakdown.

He said: “I’ve never heard that before in my life, where, all of a sudden, he’s saying in the history of the game. In pretty much everything I’ve ever heard in the game it’s never talked about when someone’s got sent off the referee has a sympathy towards that team. He doesn’t ignore the rules and laws of the game. He just ends up refereeing.

“They weren’t good enough to get the job done, pure and simple, they had the opportunity. Look, James O’Connor was up in the stands doing a function, he has to go sit on the bench, they lose quite Cooper in the warmup and Noah Lolesio was outstanding. He goes out there and delivers probably his best performance in the Wallaby jersey. The Wallabies and Dave Rennie and I’m sure their chairman as well, Hamish McLennan, he must be clean and all smiling, because bottom line, this was a huge step up for him.

“I’m not giving England anything on this. This was about the Wallabies for me and they weren’t good enough to beat a 14 man Wallaby team. So I tell you what, you’re under pressure, don’t deflect, don’t deflect, it’s on you Eddie Jones.”