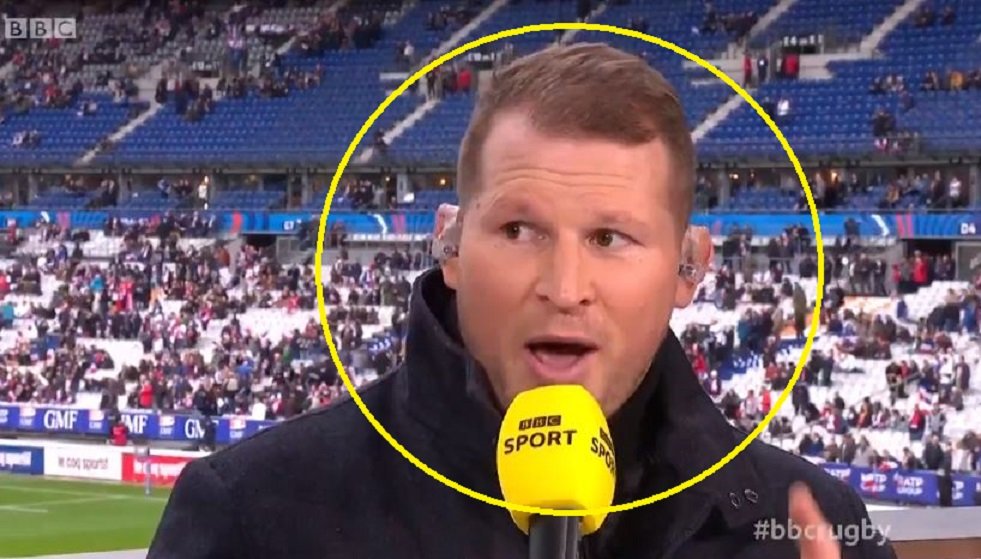 Dylan Hartley has joked about his history of violence on the rugby pitch on the BBC.

Hartley, the one of the games’ most reviled characters, was speaking about Saracens.

“I never did the same things over and over again. My eight bans were all for different things. My criminal versatility was unbelievable.”

He then says that Saracens breaches ‘It borders on ignorance and arrogance’.

In other news England Men Sevens finished fourth at the HSBC Sydney Sevens after defeat to USA in the bronze final.

England went into day two off the back of wins over Spain and Ireland on day one and were looking to continue that form on a day where weather fluctuated in the Australian city.

It was Canada who struck in England’s first match of day two first when Connor Braid was on a supporting line to go over, but a powerful hand off and step from Mike Ellery levelled the game up.

Braid then received a yellow card for his late tackle on Dan Bibby and England capitalised as Charlton Kerr dived over from a ruck just in front of the try line.

Andrew Coe’s line off a short, flat pass gave Canada a 14-12 lead before Dan Norton’s kick forward and gather sent in Ben Harris to burst through and run in under the posts.

From the restart of that try, Tom Bowen won the challenge in the air to tap back for Ollie Lindsay-Hague to race in from 40 metres as England secured top spot with the 26-14 win.

England were then drawn against Fiji in the second of the Cup semi-finals and found themselves behind after Napolioni Bolaca capitalised on a simple move from a five metre scrum.

In a first half where England saw little of the ball, it was challenging conditions for both sides as rain began to come down in Sydney.

Waisea Nacuqu got Fiji’s second when he dotted down off a hacked kick forward over the try line, before Jerry Tuwai established a three-score lead for the Pacific Islanders.

After Dan Norton was pushed in the act of attempting to score, England were awarded a penalty try and Fiji were down to six-men as a yellow card was shown for the incident.

England captain Tom Mitchell latched onto a loose lineout to dive over but James Rodwell’s side could not find another score and went down 14-17.

There were not ideal preparations for the bronze final against USA when the whole of the Sydney Sevens tournament had to be postponed for half an hour because of lightning around the Western Sydney Stadium.

It took just 20 seconds for the Americans to take the lead when Perry Baker spotted a gap in the defensive line and sprinted through and Ben Pinklemen doubled their lead as he broke a tackle for a simple try.

A loose ball from the back of a ruck was pounced on by Naima Fuala’au for a third for USA but Will Hendy followed up Alfie Johnson’s initial break to go over and it sat 5-17 at half-time.

USA’s Steve Tomasin was sent to the sin bin for two minutes for his neck roll on Mitchell but England only got their second score with time dead when Ollie Lindsay-Hague went over as they had to settle for fourth place in a 10-17 loss.

Acting head coach James Rodwell said: “It was really pleasing to win all three pool games and to reach another semi-final.

“We were naturally disappointed with the result against Fiji.

“I thought the boys played very well, stayed in the game, defended really well and took our chances when we had them in the second half. Unfortunately, we made a few errors in the first half which led to the overall result.

“I can’t fault the boys’ attitude and effort throughout the weekend. We certainly didn’t get everything right but we made steps forward in certain areas.

“To have two fourth places on the trip is a credit to the players who have worked hard over the two weeks, not only to recover well after Hamilton but to go out and play well again this weekend.

“A special mention to the players coming back from injury who have had to make sure their bodies are in the right place to perform at the highest level.

“It’s always disappointing when you lose a bronze medal match but we know what we need to work on moving forwards.”