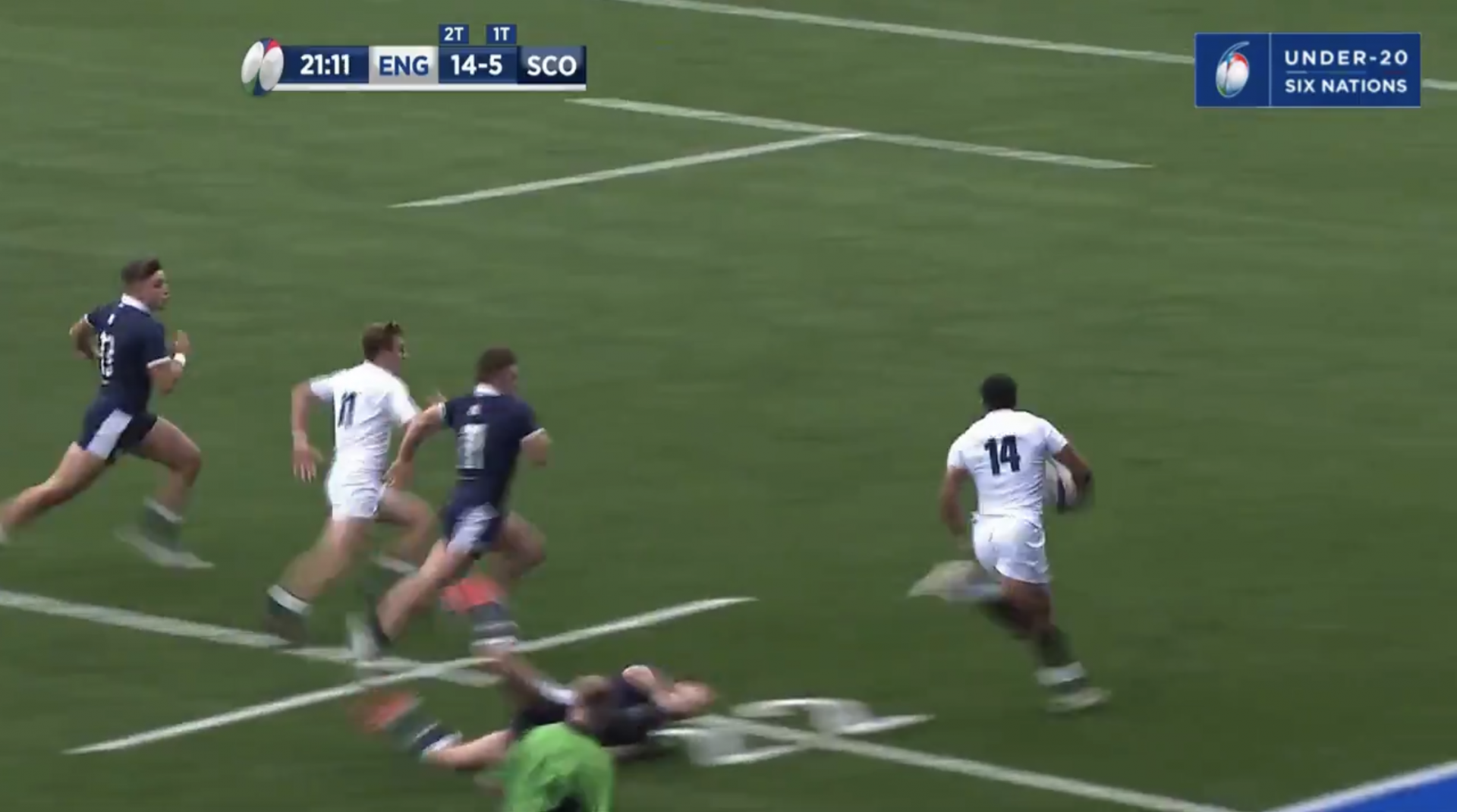 Breaking into the Bristol Bears back three may be one of the hardest things to do currently in the Gallagher Premiership, but winger Deago Bailey gave an example of the serious pace and finishing ability he has in England under 20’s second round match in the Guinness Six Nations.

The 19-year-old scored the third try of the match against Scotland under 20 at Cardiff Arms Park on Friday, showing a clean pair of heels in the process. After receiving the ball 40 metres out, Bailey stepped off his left foot and skinned the outside defender to run in for the try. This will have Bristol boss Pat Lam and all supporters excited over what’s to come.

England won the match 31-12, making it two wins from two in the Championship after a 38-22 victory over France last week.