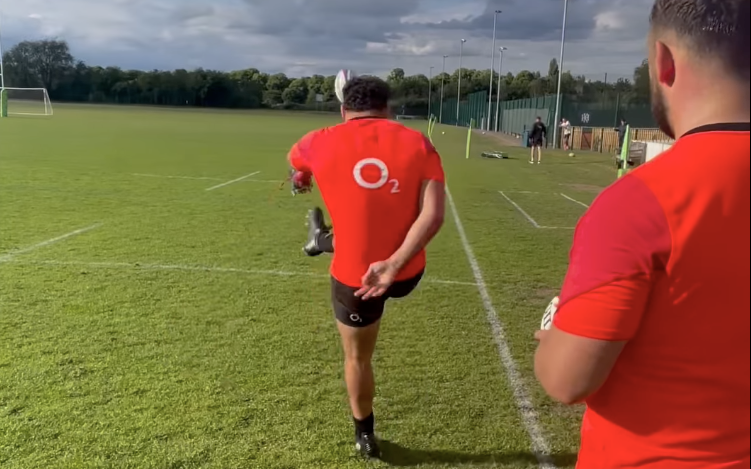 Last time Ellis Genge ran out for England, against France in the final round of the Six Nations, any newcomer would be forgiven for thinking that he was actually some kind of hybrid fullback given how much time he spent in the back field. Just an enormous, 117kg fullback with a No1 on his back.

This was just one of Eddie Jones’ left field tactics to counter France’s tactic of consistently kicking the ball away in their own half, and to be fair it worked quite well as the Leicester Tigers captain was consistently able to make a dent in the French defence and break tackles. For anyone who missed that performance, here it is:

But judging by footage emerging from England’s training camp this week, it looks as though that wasn’t a one-off and Jones is going one step further.

In the first squad meet up since they lost to France at the Stade de France, which secured Les Bleus the Grand Slam, Genge has been seen practicing his kicking to touch with none other than his front row partner, tighthead Will Stuart.

Now the dual prop/ fullback tactic is one that has not yet been explored in the game of rugby and there are an innumerable number of reasons why, but as far as Jones is concerned, that is untrodden ground.

A video of Genge and Stuart practicing their banana kicks to touch has been shared online this week, and it is full marks to Genge for the appearance of his kick as he produced a beautiful spiral kick. However, the ball did not actually make touch. On the other hand, Stuart’s kick was slightly more agricultural but he did the job and found touch.

Now we just have to wait for England’s tandem props/ fullbacks against Australia in July. Take a look at the video: