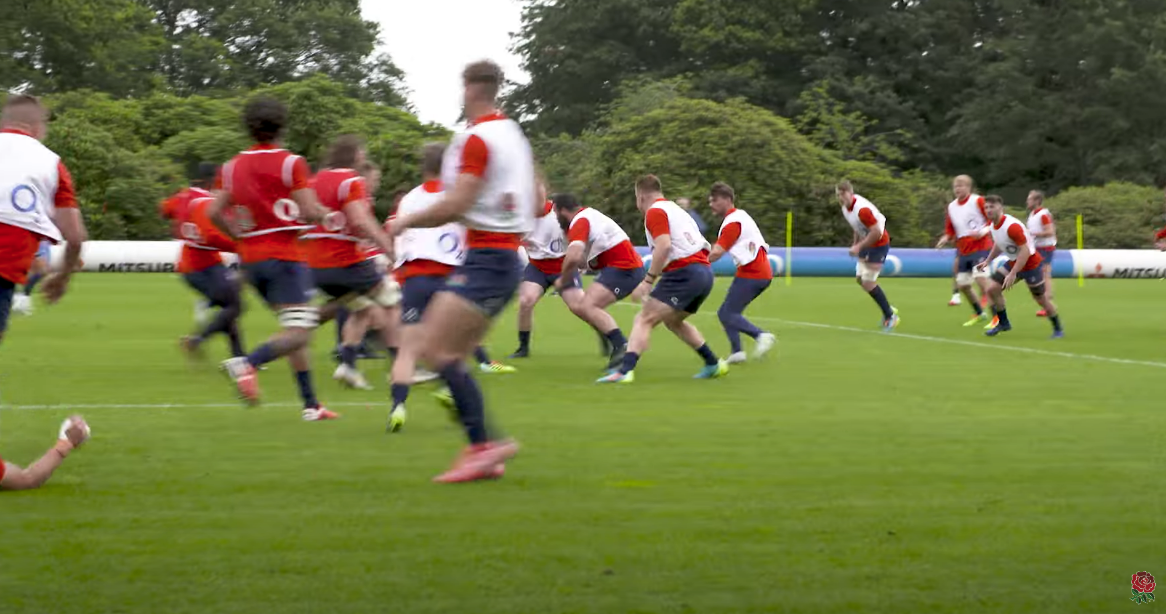 Newcastle Falcons winger Adam Radwan looks to be in red hot form ahead of his England debut this Saturday against Canada at Twickenham.

From what we have been shown on social media from England’s training, the 23-year-old looks ready to take international rugby by storm. England shared a clip of the winger producing a length of the field run after picking up a loose ball during a training run-through at Twickenham this week. This will serve as a warning as to what the Newcastle wing can do in broken field, combining electric pace with the swerving running style that he shows week in, week out in the Gallagher Premiership.

Catch him if you can*

This sort of run is what Radwan has been producing for a while now in England, and, unsurprisingly, there have been plenty of calls for Eddie Jones to select him. However, such is the strength of the back three in England at the moment that it has taken a British and Irish Lions tour for Radwan to get his chance. He is understandably one of the debutants that fans online are most looking forward to seeing.

This is an example of what he has produced in a Newcastle shirt: