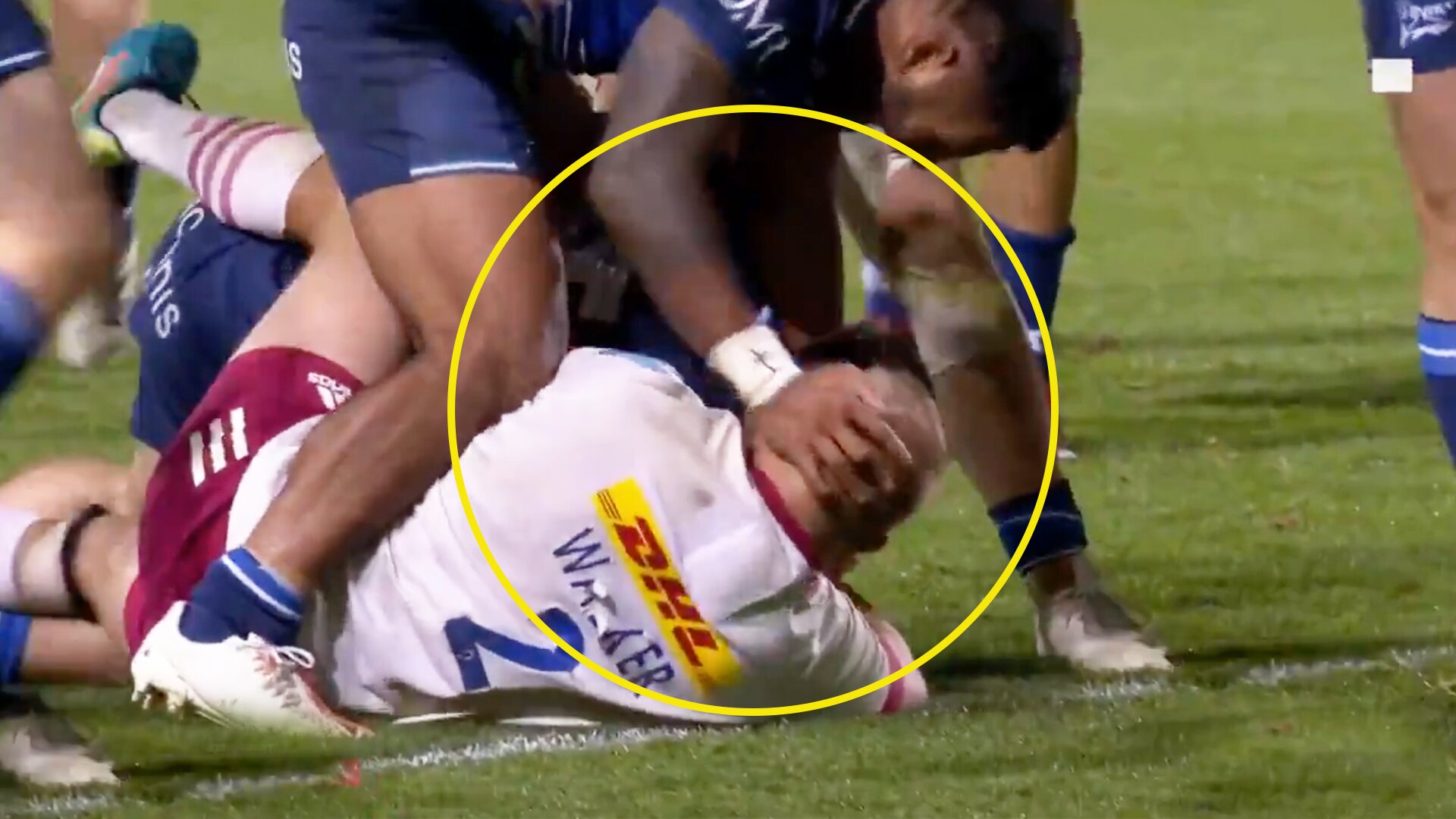 Eddie Jones will be having some serious selection headaches after this incredible performance on the weekend.

The clash between Sale Sharks and Harlequins was a blockbuster clash but it was this moment from their half-back that has excited fans ahead of next month’s Autumn Internationals fixtures.

Could this man be starting for England in the coming weeks?

The man who stole the show was Sale Sharks’ Raffi Quirke who grabbed himself a brace at the AJ Bell Stadium with many fans calling for the 20-year-old to don the 9 jersey for Eddie Jones’ side next month.

This try showed just how lethal Quirke is around the fringes as he barrels through two challengers to score Sale’s final try against Harlequins.

With all the disappointment from last week, you can see what this means to @SaleSharksRugby 👊

Do you think Quirke should be the main man to wear 9 for England ahead of the Autumn internationals?