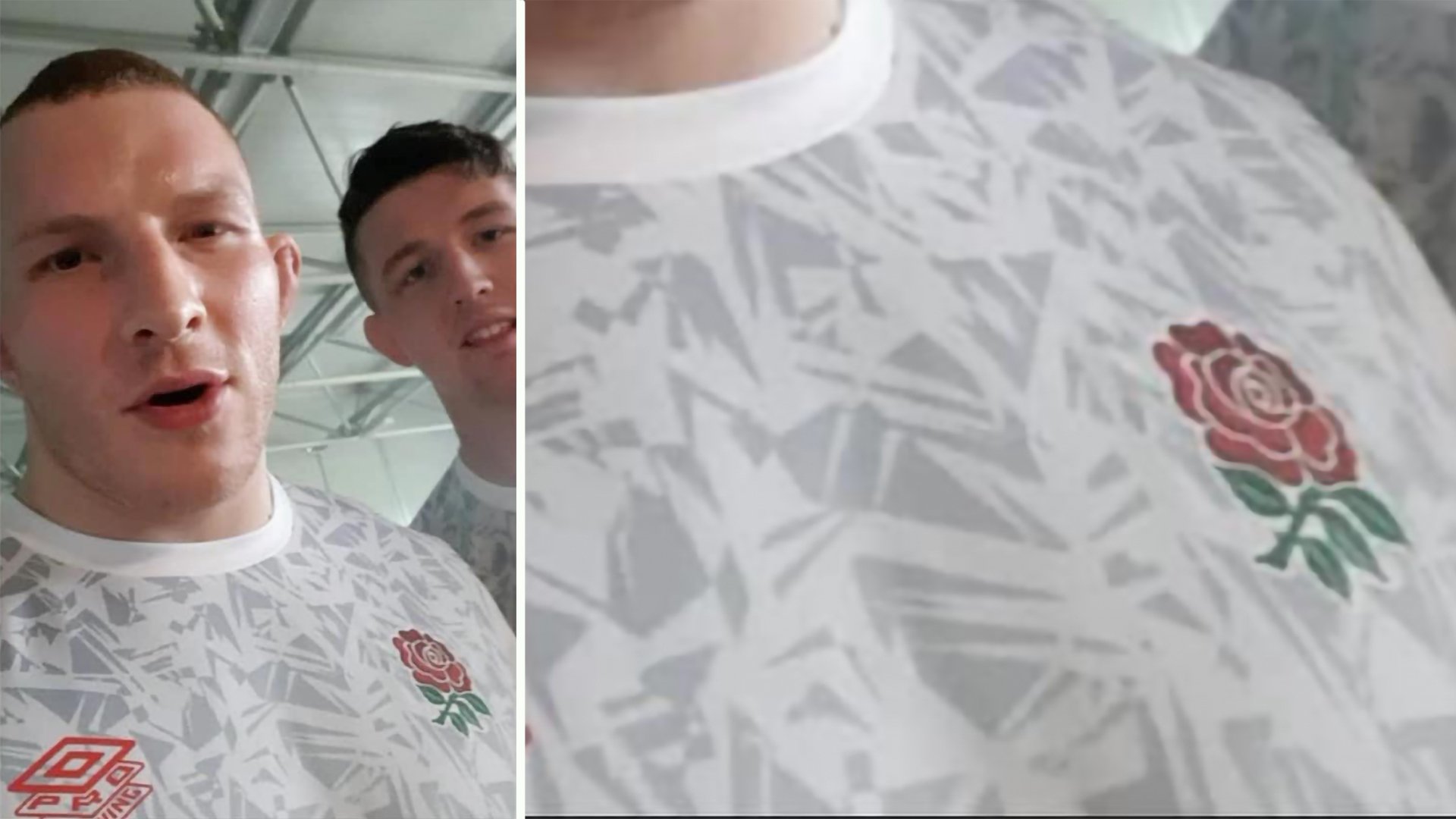 England rugby stars Tom Curry and Sam Underhill appear to have accidentally leaked the new Umbro kit that England will be wearing in the future.

As news of England’s long-anticipated kit deal with Umbro was finally confirmed this morning, leaked images started circulating on social media of what appears to be the first Umbro-branded England gear being worn by two of the team’s biggest young stars.

Fans have already started mocking England for going with Umbro as their main kit sponsor!

The image in question (shown in full below) shows England flankers Sam Underhill and Tom Curry wearing England kit bearing the Umbro logo, which are believed to have come from a quickly-deleted Instagram story post.

The kit in question is striking, with a white and grey ‘shattered glass’ pattern with the famous red rose on the left and and Umbro’s logo on the right.

The post was quickly deleted after it was the clear the new shirt design had been leaked.

Rugby fans online have not been happy at all with the news that Canterbury are no longer the official kit suppliers of England rugby.

England have confirmed they are switching kit partners from Canterbury to Umbro from next September in a four-year deal believed to be worth more than the current £5million a year it gets. It was during the World Cup in Japan – at a time when the English kit was enjoying record sales in a run to the tournament final – that speculation about the deal first emerged in the Daily Mail suggesting Umbro would beat adidas to the punch. That is what has now transpired.

If you look up close at the kit, it looks as if the kit may have an entirely new look.

It will be interesting, though, how the Umbro brand is received in rugby circles, starting with the 2020 autumn internationals if those matches proceed as planned despite the threat of the coronavirus pandemic. Umbro are a subsidiary of Iconix Brand Group, the US clothing company which bought the brand from Nike for $225m in 2012.