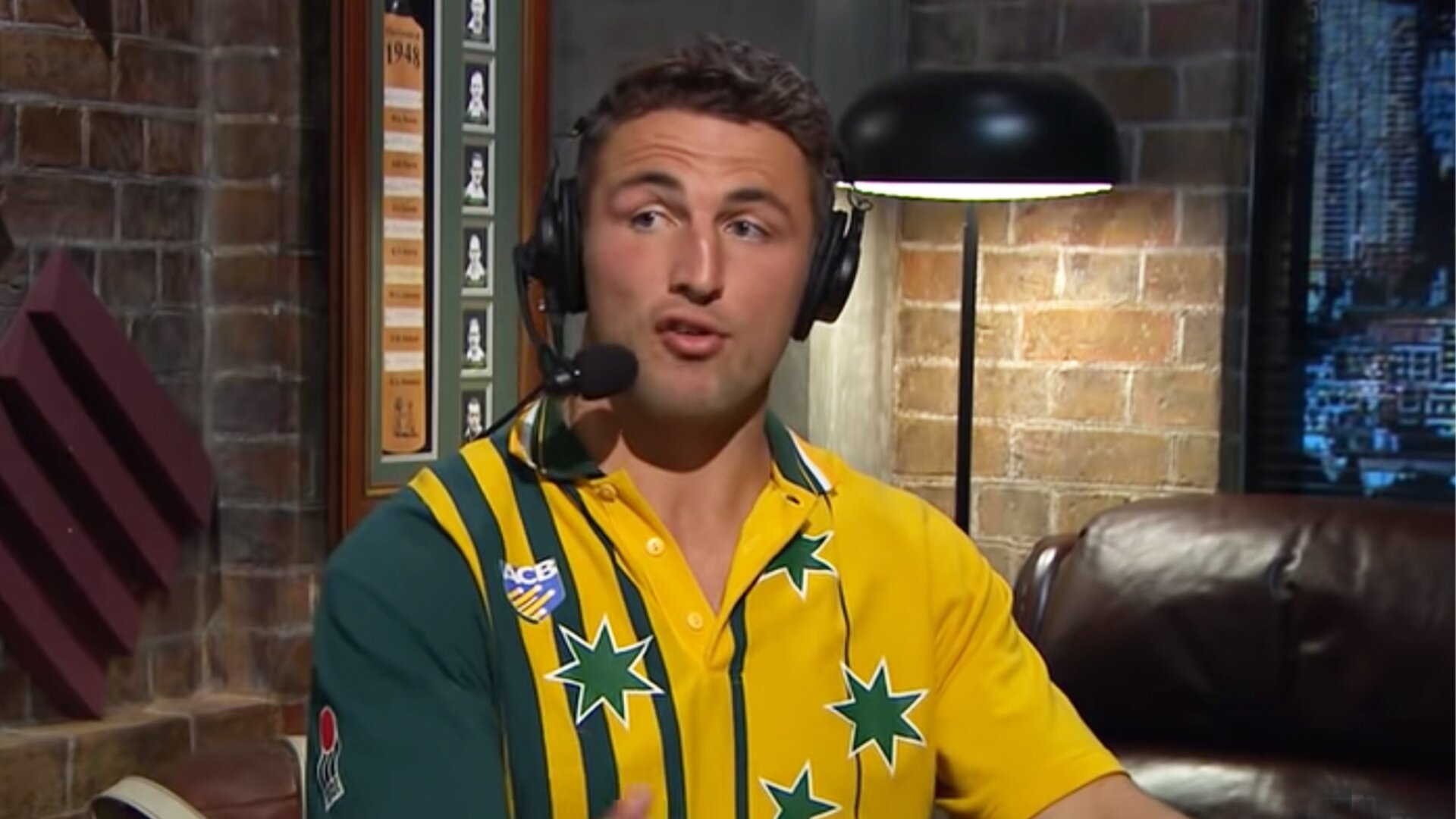 Everyone is perplexed by Sam Burgess and his bizarre new accent

This video interview of Sam Burgess has been doing the rounds on social media today and it’s certainly got fans talking.

The Podcast filmed last year for the ‘Matty Johns Podcast’ had been popular as the English rugby star talked about his experiences of playing in Australia with the Rabbitohs.

Users picked up on something about Sam’s accent that once you’re told – you cant ignore.

The section of the video that we’ve singled out, comes as Sam Burgess recalls a season with the South Sydney Rabbitohs in which he fought through a whole host of injuries.

Fans had this to say in the comments to this interview.

Might be late but what happened to his accent? Joke.

He can’t come back to Yorkshire with that accent!

His accent is all over the place…

Great podcast but why has Sam started speaking like that?

What in God’s name is all this accent rubbish in the comments? Sam is welcome here in Australia full time regardless of how he sounds.

After someone pointed this out – it’s impossible to ignore!

Watch this clip from the interview below

Sam Burgess was in the news for a very different reason recently as a story broke involving him and none other than US Rapper Kanye West.

The owner of the South Sydney Rabbitohs and Hollywood star Russell Crowe recently gave an interview in which he spoke of a drunken dispute between the pair in London years ago.

Kanye West and Burgess had both been at a five star hotel in the English capital when the rugby league star attempted sing along to the rappers song ‘FourFiveSeconds’ without knowing the words to the track.

Actor Russell Crowe and Burgess had been drinking at the China Tang restaurant of the Dorchester in London when Kanye West came in.

He recognised Crowe who’d he’d worked with for past projects and came over join in with the pair’s conversation.

He had his laptop with him and wanted to show them a track that he’d recently been working on with Beatles legend Sir Paul McCartney that would later be released as FourFiveSeconds.

After listening through a few times Sam Burgess started to attempt to sing along – much to the annoyance of West.

Russell said: ‘I could see a little twitch in Kanye’s eye. I said, “Sam, you know you’re getting the words wrong? And the wrong day?”

Kanye then looked angrily across at the rugby league star and replied, “Yeah”.