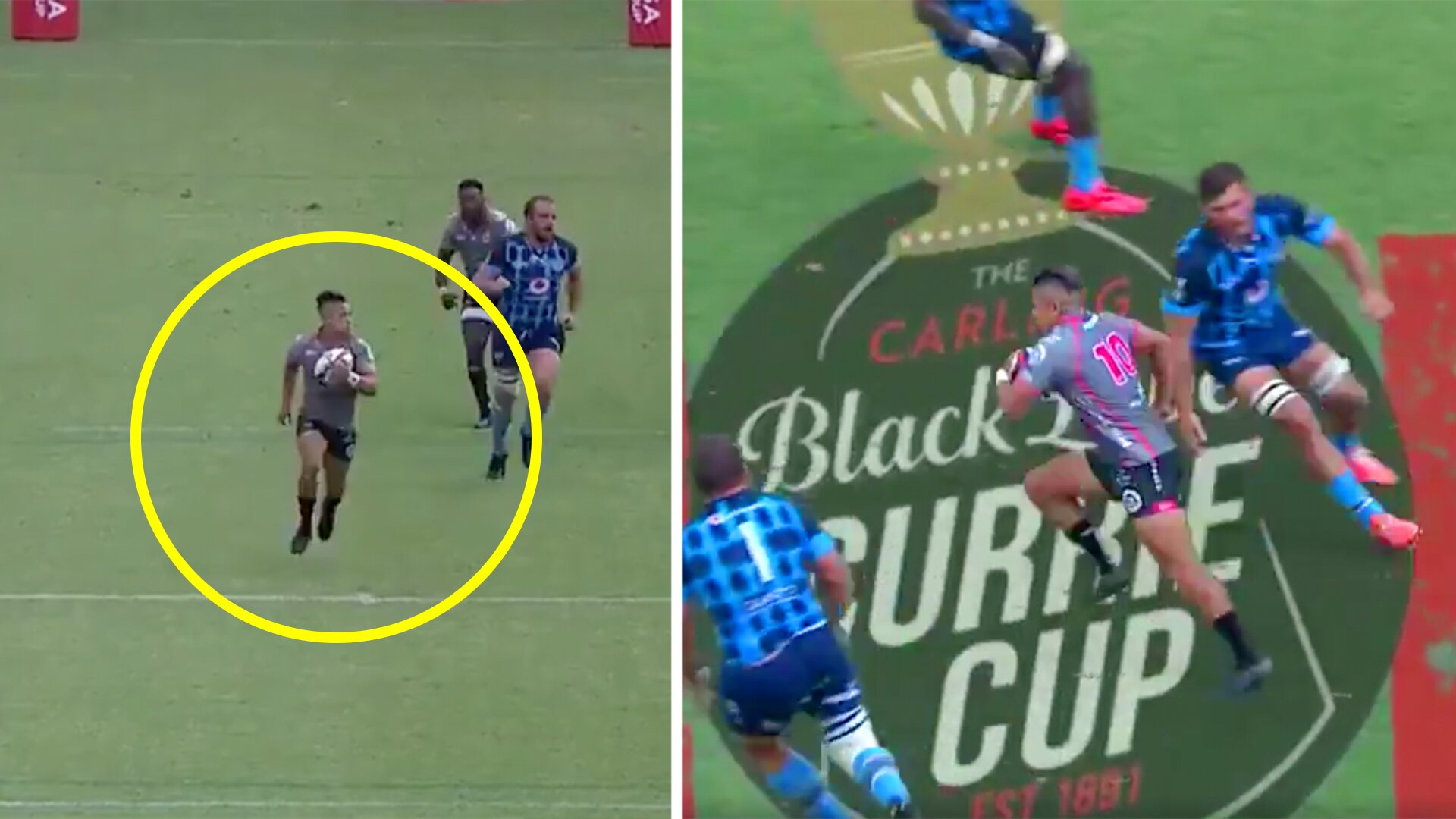 A relatively unknown fly half called Devon Williams in South Africa has just sent Springbok selectors into a Frenzy with a sensational solo try for the Pumas in the Currie Cup in South Africa.

Devon Williams normally plays at wing or fullback for the Pumas, his sensational speed has always been something that has given him an edge in the sport.

At 28-years of age, the South African still is not linked with a Super Rugby side.

After this incredible moment, surely teams should be clambering for his name, Devon Williams!

It was just 15 minutes into the match when Williams received the ball in his own half, despite receiving the ball at 10, the fly half surprisingly decided that he should take on the entire opposition team himself.

It was one of the best decisions he made!

We can see him use his tremendous speed to sidestep the first player, before he then chipped the ball over the remaining players and dotted the ball down under the posts.

It’s a testament to just how talented this Springboks rugby team is when players like this aren’t even getting a look at in domestic level for the South African side.

With Handre Pollard injured for the side, could this be the time for a complete Bolter to emerge for the team just in time for the 2021 Lions Tour?

The Currie Cup is a brilliant opportunity in South Africa for some of the very best up and coming players to emerge on the scene in the country. With it looking like the tournament will move north, could we see the Currie Cup playing a more important role in the future?

Try of the season from Devon Williams!pic.twitter.com/ozFZGbLq8Z