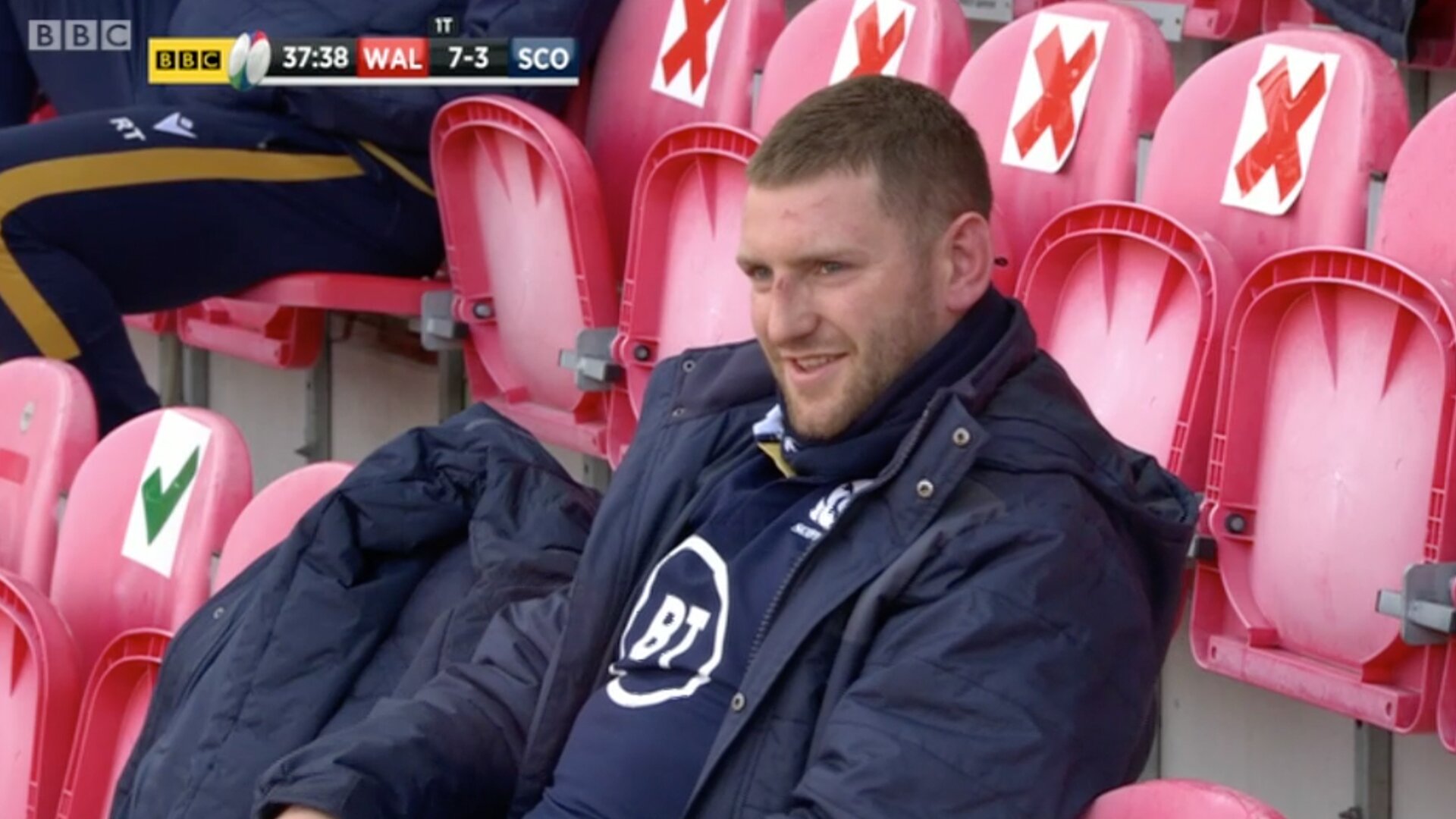 Mercurial talent Finn Russell was subbed off before half time in Scotland’s match with Wales in the Six Nations, a massive blow for his Lions hopes.

The Racing 92 star was eagerly awaiting his start for the men in blue after a 7 month hiatus. He was subbed off injured and replaced by Adam Hastings in the match.

However, it looks like Gregor Townsend and Scotland were not happy as he was subbed off in the first 35 minutes of the match with an injury after he struggled to make an impact in a blustery Parc y Scarlets.

Many had tipped him to dominate, but yet again we are shown how he struggles to handle poor weather.

Would Finn Russell be able to handle a Lions tour when the Springboks are all over him and pressurising him.

It is just massively disappointing from a player who is so so good when things are placed in his favour.

The highlight of the first half came from Welsh commentator Jonathan Davies, who had a weird interpretation of what a high tackle was during his commentary.

Love the commentary from Davies when he say “it wasn’t a high tackle by Alun Wyn Jones….it was just around the neck” …….#walesvscot

“It wasn’t high, it was just around the neck” #WALvSCO #CYMvALB

“I dont think he was high, he was just around the neck”.
Classic Jonathan Davies.#walsco #GuinnessSixNations