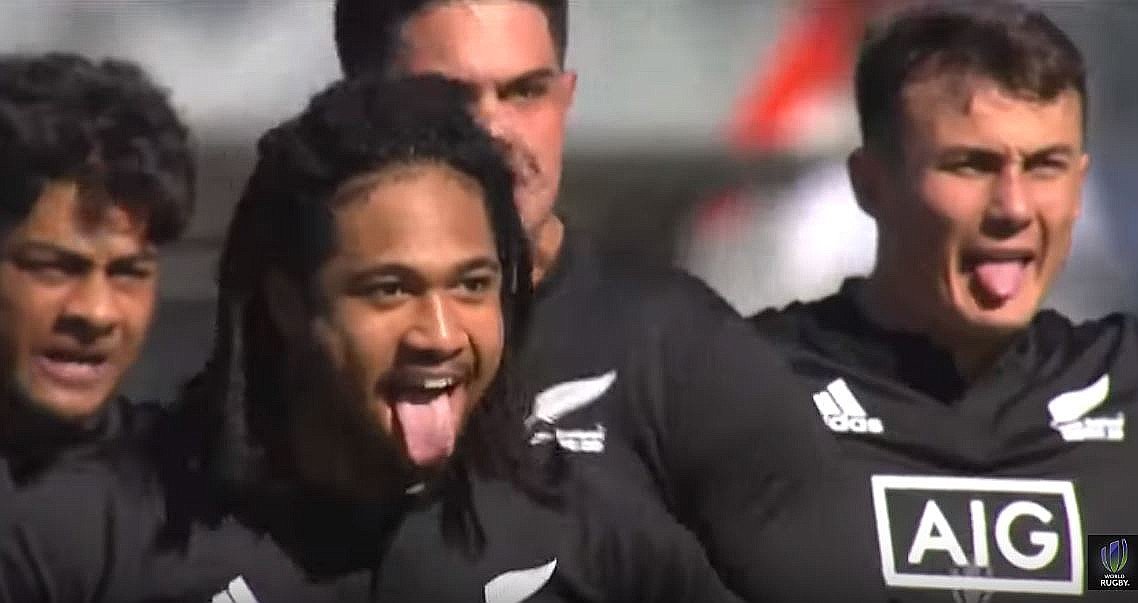 A case of first the worst for the New Zealand Haka?

The New Zealand U20s team have opened their 2019 account with a 45-13 win over Georgia at the World Rugby Under 20 Championships in Argentina this morning.

Sadly they were badly let down by their Haka which had zero mana, whatever the **** that is.

Billed to be a fierce forward encounter the New Zealand Under 20 team stood up to their powerful opponents absorbing plenty of early pressure.

While Georgia opened the scoring with a penalty it was New Zealand that crossed the try line first. An organised display in their first real attacking opportunity resulted in a try for lock Taine Plumtree.

An acrobatic effort from Kohan Herbert and strong showing from Dallas McLeod added two further tries to the score card and saw the New Zealand Under 20s lead 19-6 at the break.

Georgia got within six points of the lead when going over for the opening try of the second spell but it was one way traffic after that point.

“We knew they were going to bring it and they definitely did. We kept our intensity up and stepped it up another level when our replacements came on and that’s a real positive for us.

“We are happy with how we played but there is plenty to work on so that’s a good start for us. We’ll flush this result and move onto the next one,” said Kereru Symes.

The win sees the New Zealand Under 20s top Pool C courtesy of points difference, their next match is against Scotland on Sunday morning.