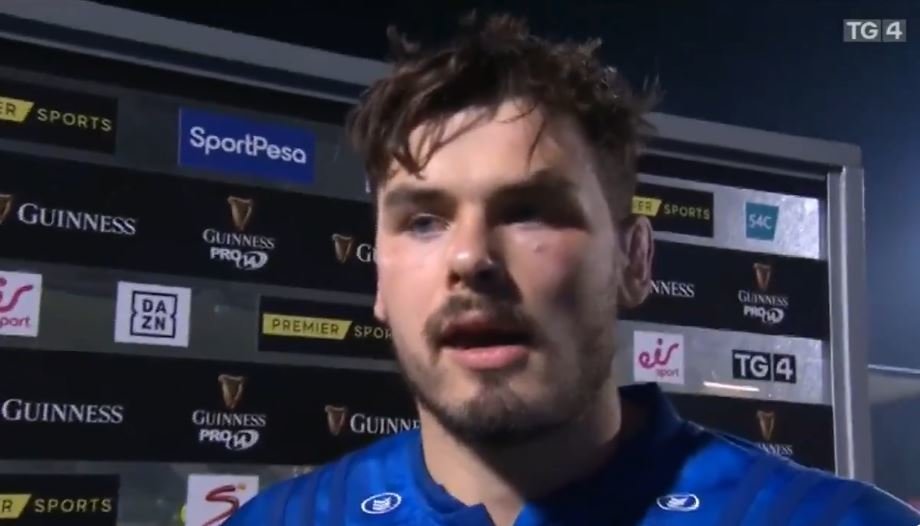 Remember the days when swearing on television was a bit of a big deal.

Well, when John Inverdale famous uttered the line ‘c***-coloured glasses’, the bar was raised perilously high (or is that low).

Anyway, TG4 put the video out of Twitter unedited. Fair play to them, and fair play to Max Deegan for recovering after dropping said ‘F-Bomb’.

The Leinster backrow was pivotal to his team's resurgence in the 2nd half.@PRO14Official ar @TG4TV pic.twitter.com/pzW837iIC2