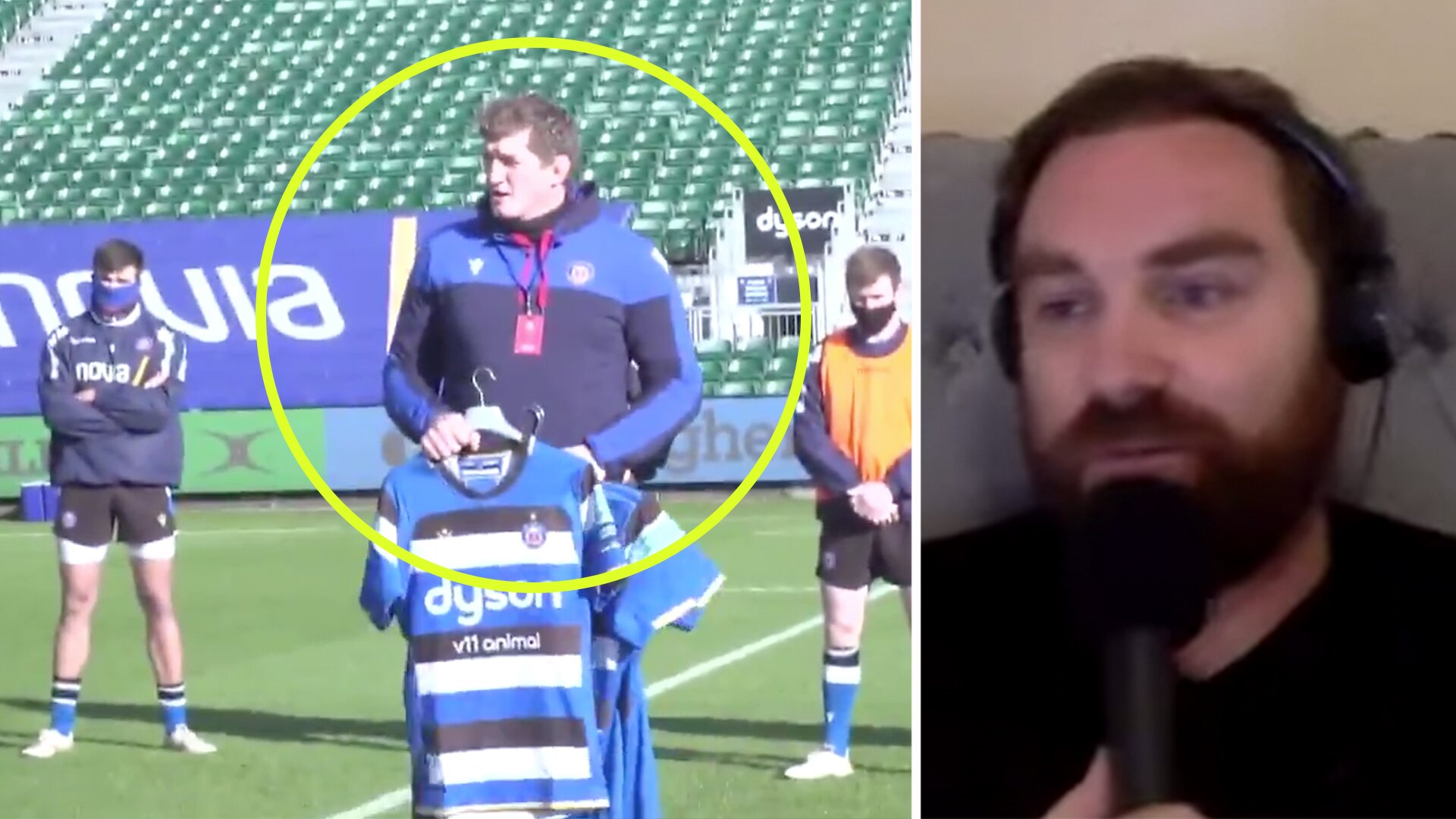 The footage has gone semi-viral since the Rugby Pod latest episode, where they discussed just how bad the speech he gave was.

The pre-match scenes from the Rec this week shows the Bath team being given their pre-match jerseys. The new debutants are given their shirts by Bath head coach Stuart Hooper who is congratulating team members. There is something about the scene that was a little off.

From looking at the clip that Bath posted on their social media, the head coach seems uninterested and did not attempt to inspire the players before their match against Harlequins. They went on the lose that match over the weekend.

The Rugby Pod posts Jim Hamilton and Andy Goode spoke about the incident in their most recent episode. They spoke openly about Stuart Hooper and the fact that they think he has lost the dressing room at the club.

Here is the moment where Andy goes in particular detail as he speaks about how bad that video looked social media.

The club currently sits two places off the bottom of the Gallagher Premiership table only above Worcester  and Gloucester.

Fans have been quoting the video on social media and have been openly speaking about how unimpressed they were with the words the coach gave.

It is clear to see that there were many debutants involved in this video who will have worked for years to get to this stage for the club. Is this really the moment they will remember for the rest of their lives. 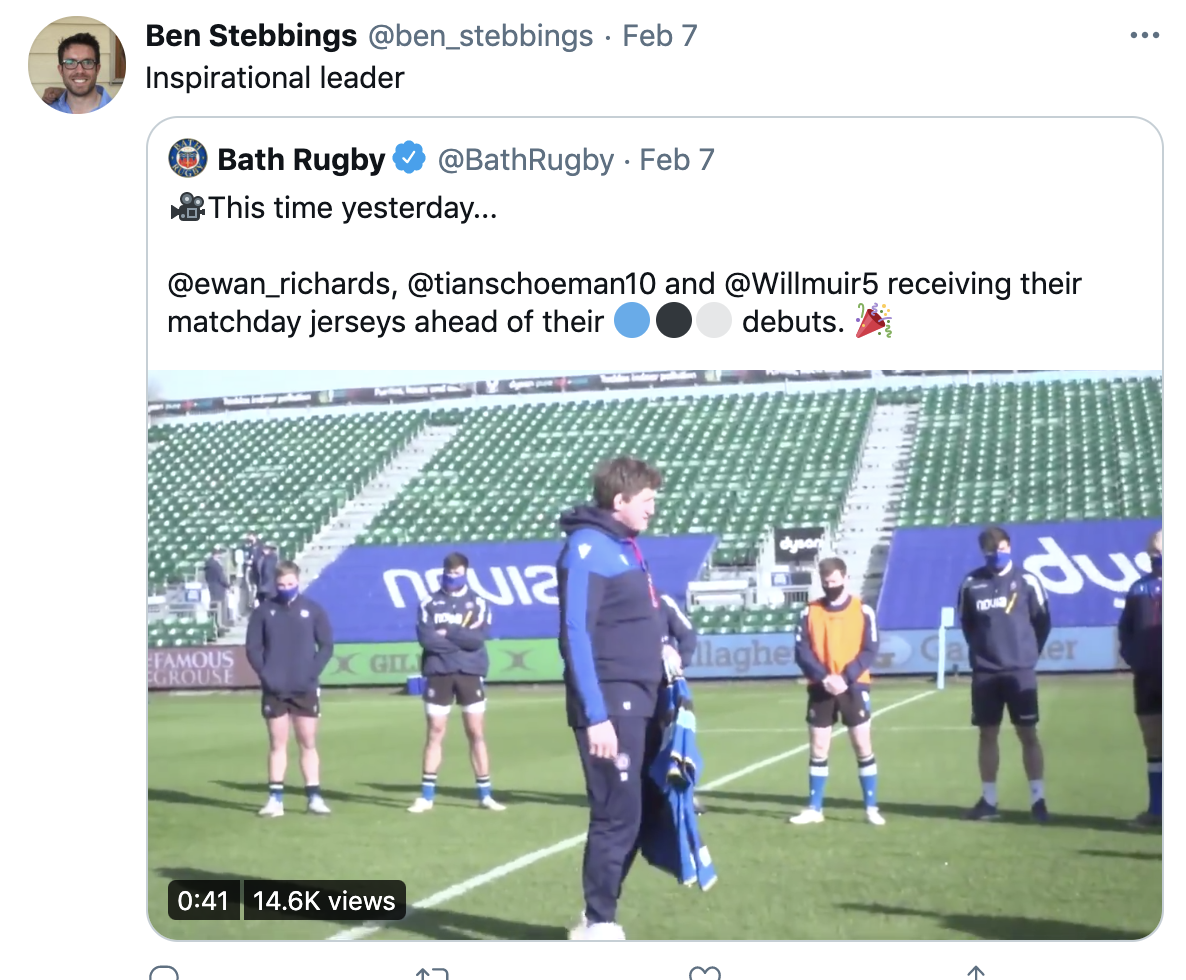 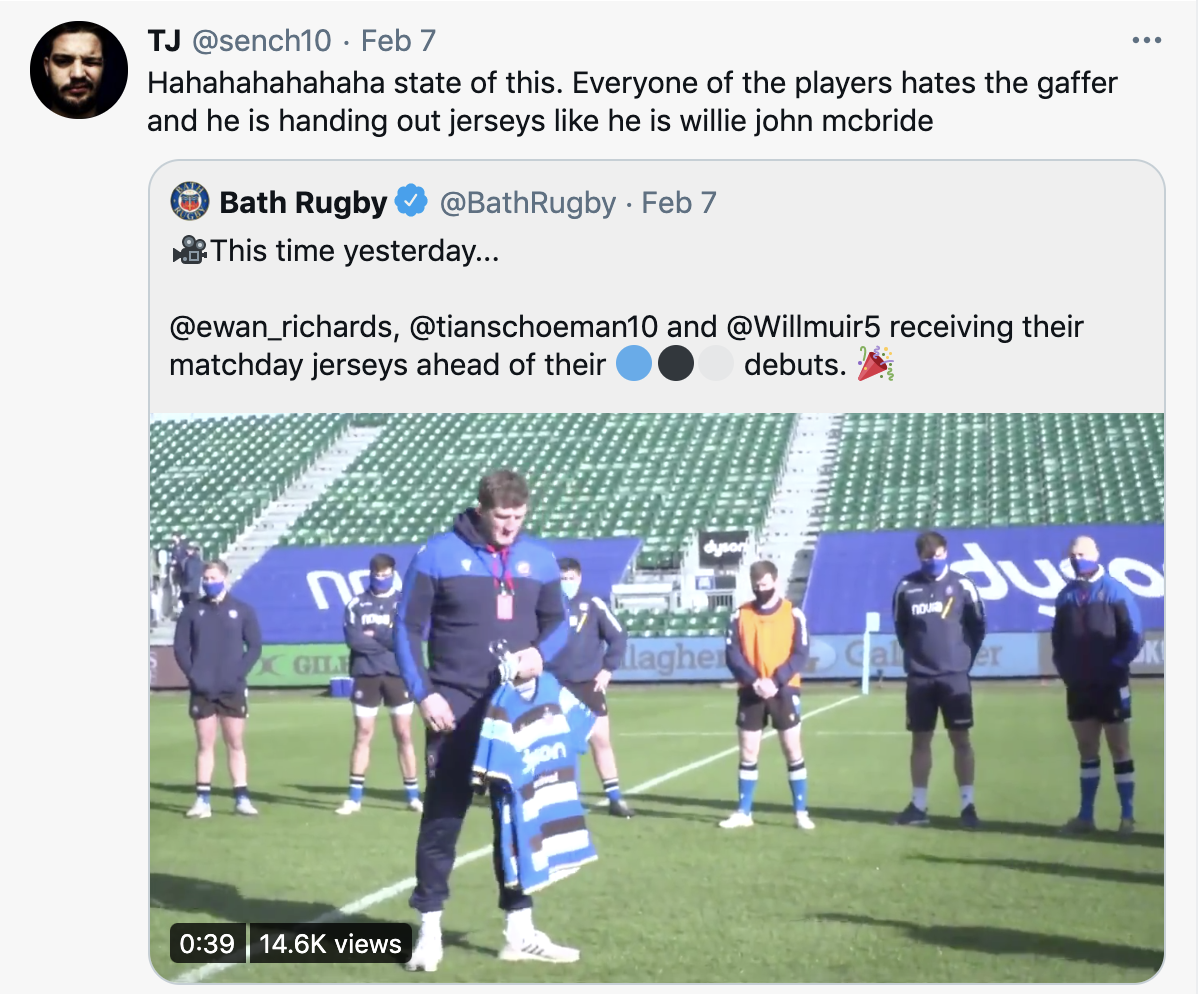 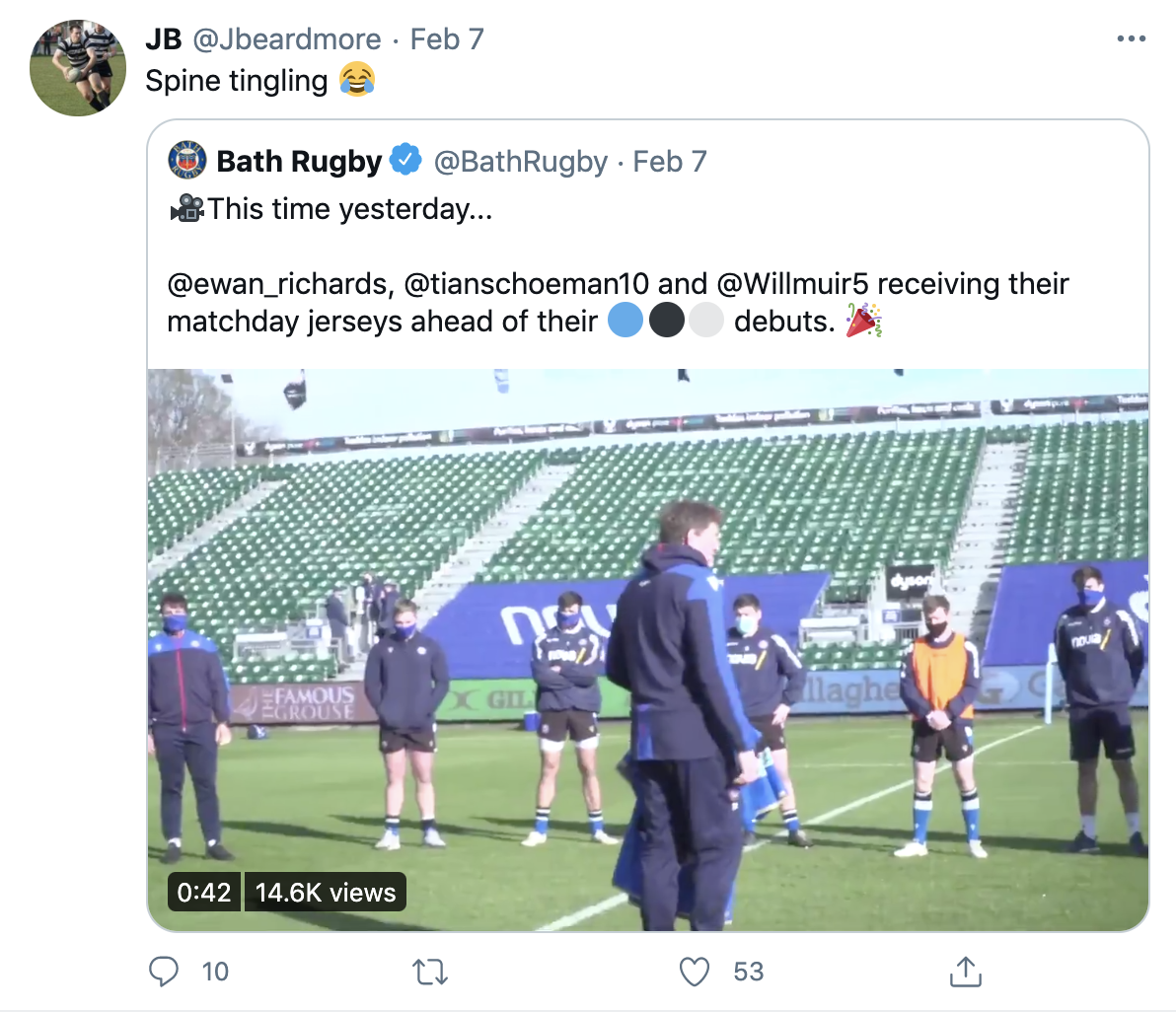 Here is that now infamous clip of the Bath head coach Stuart Hooper failing to inspire the players around him before their game in the Gallagher Premiership.

It is quite difficult viewing we won’t lie.