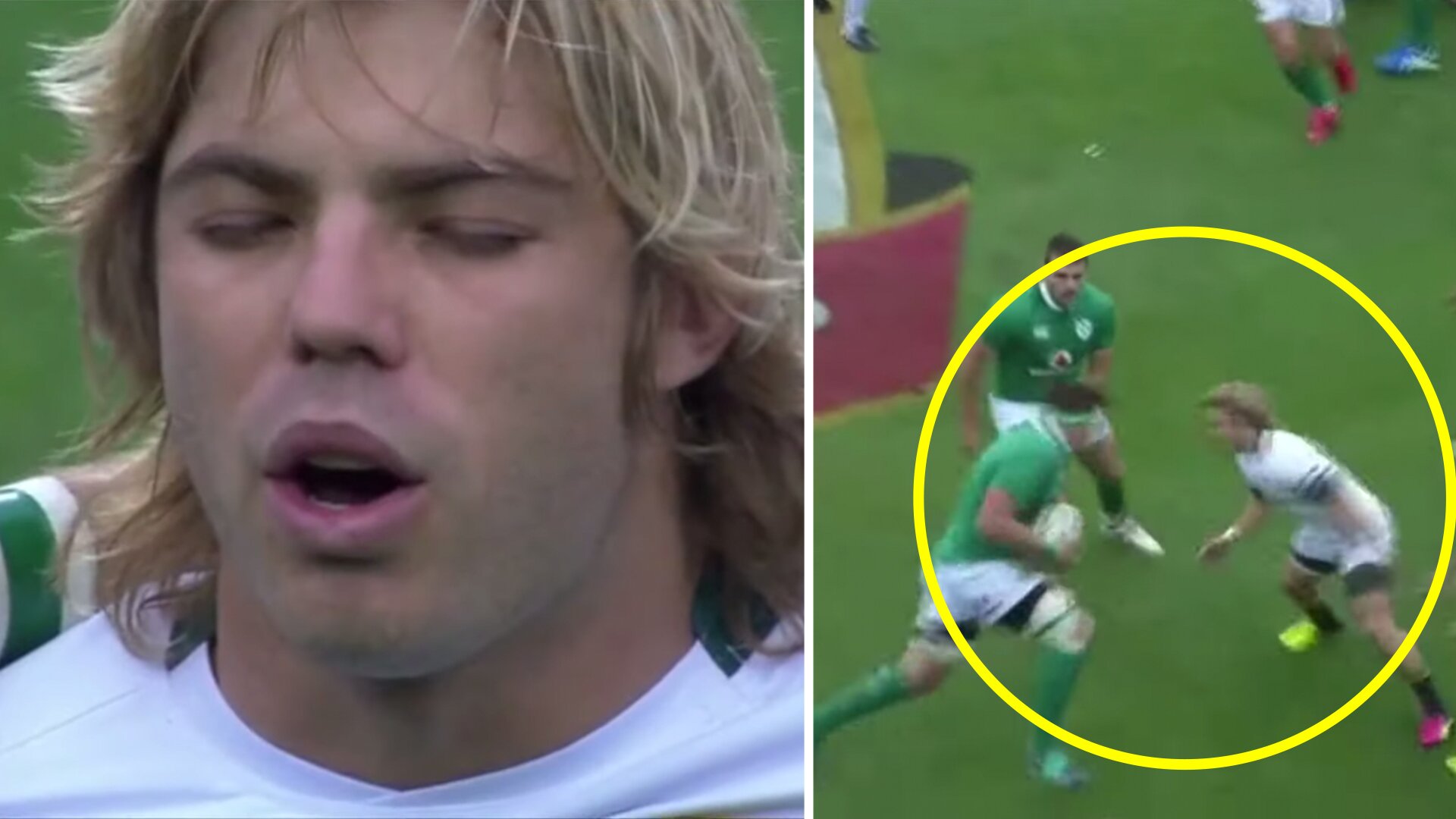 After watching the debut of Faf de Klerk we can only day one thing. Thank goodness for Rassie Erasmus and everything that he did for South African rugby.

A video has been released showing the debut game for World Cup-winning Springbok Faf de Klerk.

The video was meant to focus around his debut, but for us, it shows us just how far the Springboks have come since those dark days.

The game was from 2016 and it shows South Africa lose to Ireland at home for the first time ever.

These were dark dark days for the Springboks. They were void of direction, leadership and passion. It is crazy to think just three years after this the men in green would go on to celebrate World Cup victory.

Faf de Klerk is now the first name on the sheet for the Springboks, but back in this game he must have thought what had he got himself into?

Eddie Jones’ drive to create hybrid players comfortable operating in either the forwards or backs will equip England to face all eventualities, according to defence coach John Mitchell, during a week where Ollie Thorley, the Gloucester wing, has been running as a flanker in training while versatile back row Ben Earl is seen as an option at centre.

Jones has floated the idea of deploying nine forwards in Saturday’s Autumn Nations Cup opener at Twickenham, name-dropping Earl as a possible England back during a recent media conference where he outlined his wariness of Georgia’s forward power.

Mitchell sees versatility as highly valuable. “It’s something that’s really important. It actually helps players within the squad understand that at any point in time, you might have to be adaptable,” he said.