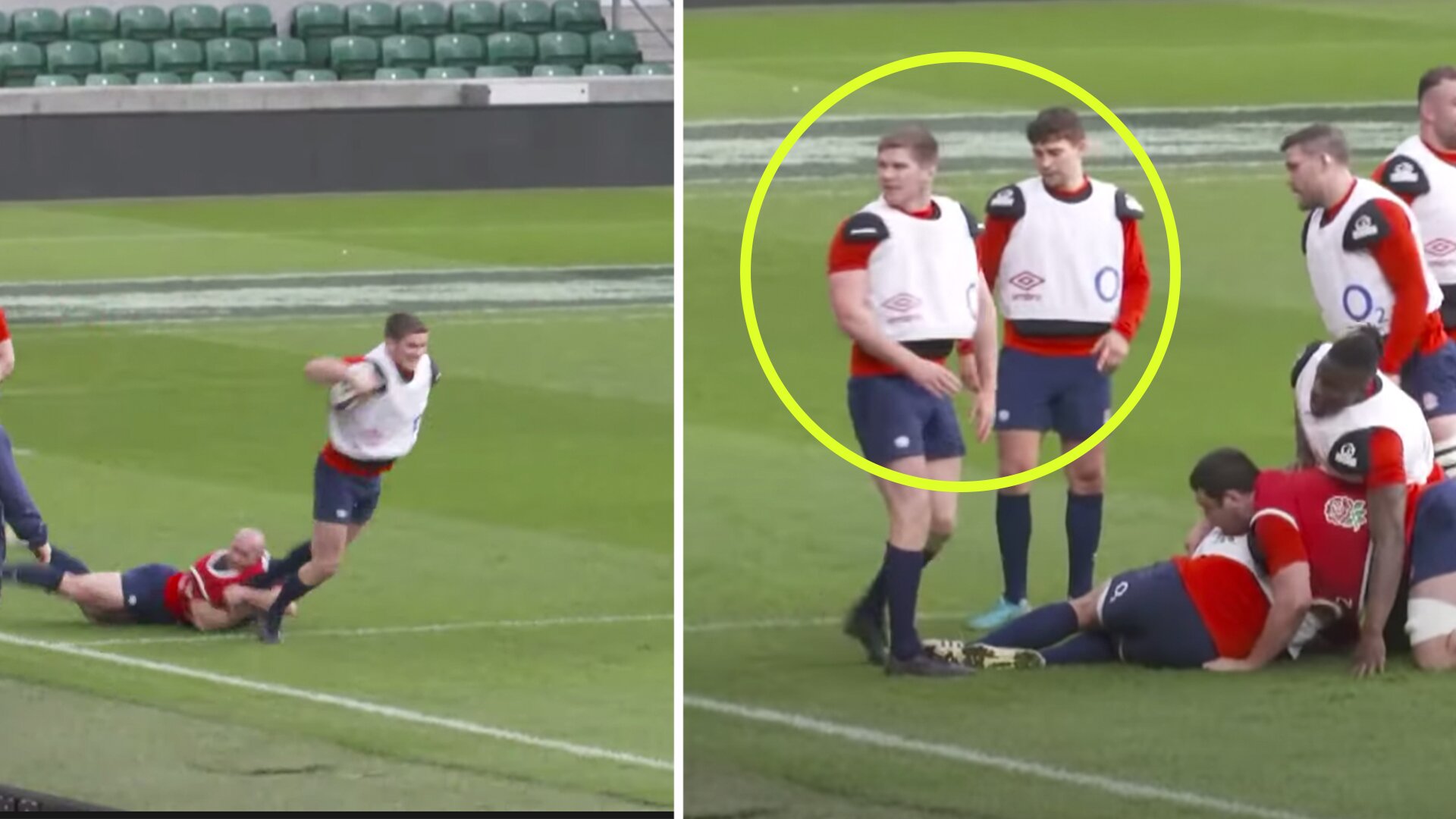 New footage shows England rugby captain Owen Farrell getting angry at his own coaches during a training session that was live-streamed this weekend.

Footage appears to show the England captain getting angry at his own S and C coach who was running the time touchline during a practice touch session.

The England rugby team were streaming a live training session on the social media platforms yesterday afternoon during the following week in the Six Nations.

The England rugby team have been releasing brilliant content on their social platforms recently in their build up to their Six Nations clash against Wales next week.

Watch the latest episode of O2 Inside Line: The Next Level now ⤵️#WearTheRose @o2sports

There were around 1000 people watching the live stream as the moment happened where Owen Farrell got the ball in his own half.
He brilliantly managed to step Tom Curry and offload the ball close to the touchline. However, the drama did not stop there.

The S&C coach is called Dave Sylvester, and he called the ball out, you can see Farrell was less than happy with the call that the ball was in touch. It just shows the edge that he has as a rugby player when he is even getting frustrated at his own coaches in a training session.

England are set to play Wales in the next round of the Six Nations after a tough couple of first rounds. There have even been calls for Owen Farrell to be dropped from the side after a couple of lacklustre performances in the first couple of rounds.

Could to the pressure be beginning to tell for Farrell after all the stress?

Here is the moment where he seems to boil over in training at one of his own coaches.