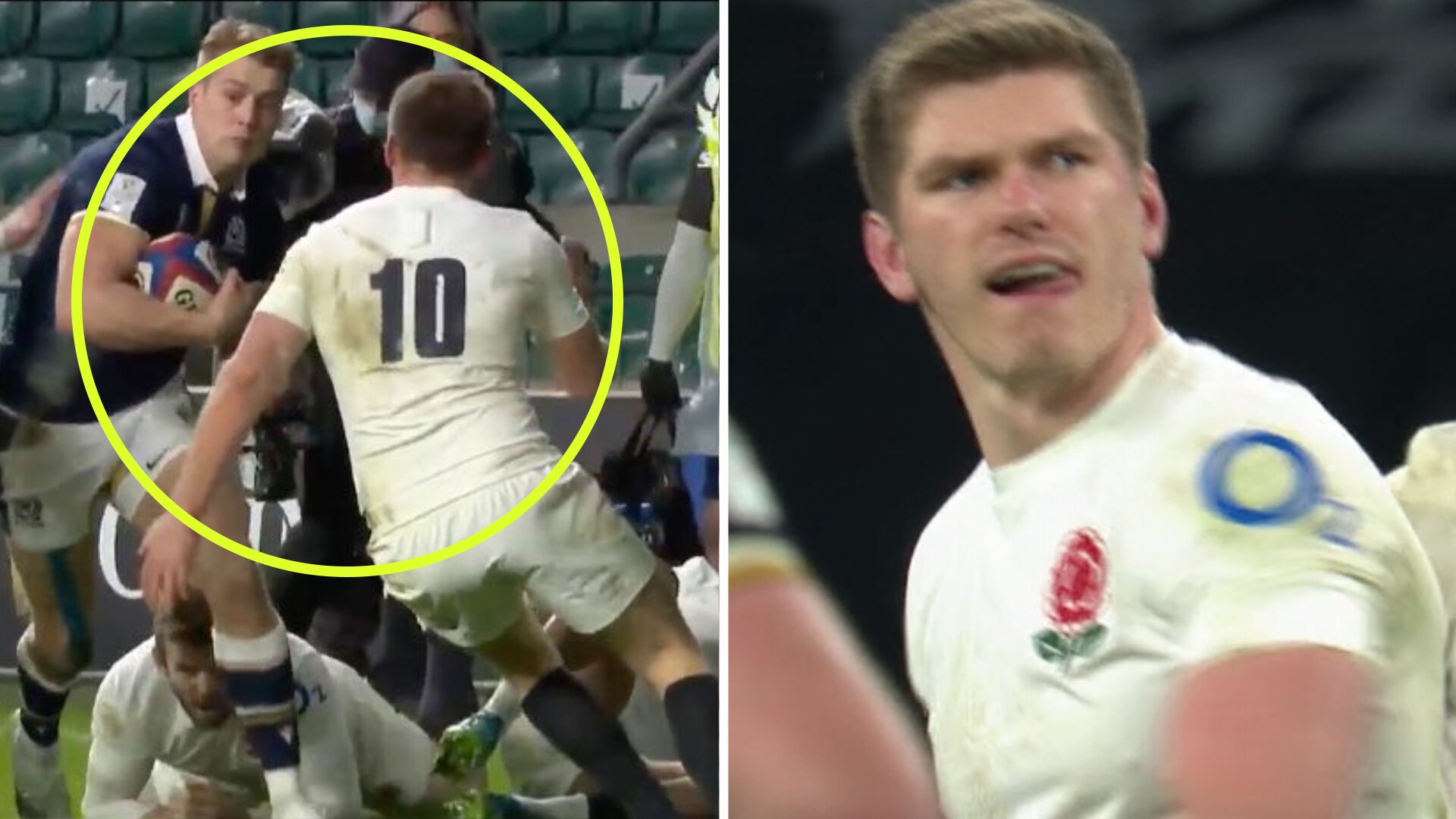 Nobody seems to be talking about this shocking Owen Farrell tackle in the Six Nations match between England and Scotland.

New footage appears to show England and Saracnes star Owen Farrell  doing one of his signature high tackles on South African winger Duah van der Merne when he scored the only try of the game in the left corner.

The England and Saracens captain has made a name for himself in the Rugby World his controversial high tackles. The majority of the time they are very effective against the opposition. However, it us also apparent that his tackle technique relies too much on his broad shoulders.

A social media user yesterday commented on the fact that it looks like Farrell was going to use that same tackle technique on the winger just before he scored his try. It looks like people did not realise what the 28-year old was trying to do. If you look through specific footage, you can see that Farrell’s body position was far too high.

Tucked arm ✅
Leading with the shoulder ✅
No attempt to wrap ✅ pic.twitter.com/zobFF13ln5

England take on Italy in the next round of the Six Nations. They will be looking to amend many other wrongs that occured in the game plan this week.

Keep an eye on Owen Farrell during this try. Does his body language look like he had full intentons for another of his controversial tackles?

We will have to discuss this further.