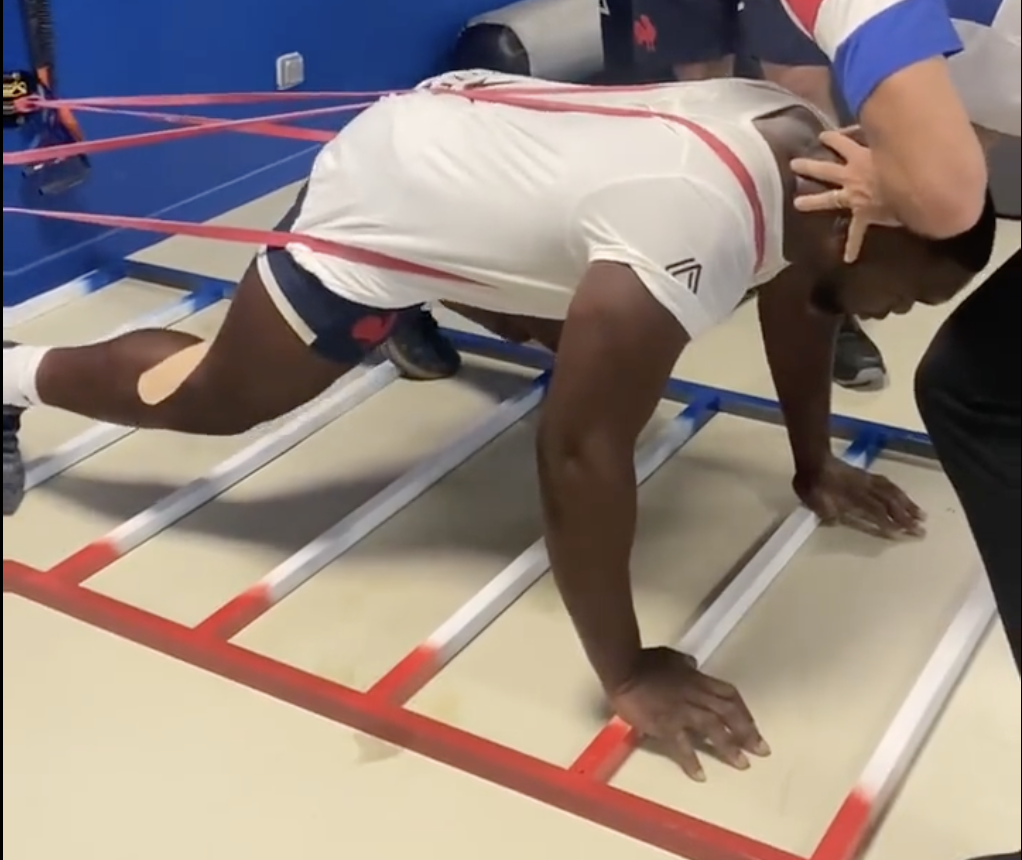 France may have accidentally leaked footage of their prototype prop 2.0 from their training camp ahead of the autumn internationals.

The 120kg prop was made to clamber across a horizontal ladder with elastic bands strapped over his shoulder and a member of staff pressing his head down. His body would have been put to the limit with this exercise, with force being exerted from all angles. That was not all though for Bamba, as he can be later seen in the video doing a form of dumbbell press while also supporting a kettlebell with his neck. Camille Chat may soon have competition for the biggest neck in rugby.

Bamba was recently selected for Fabien Galthie’s 42-man national squad that are set to take on Argentina, Georgia and the All Blacks next month. November the 20th may be the date when France’s experiment is complete and prop 2.0 can be unleashed against the All Blacks.