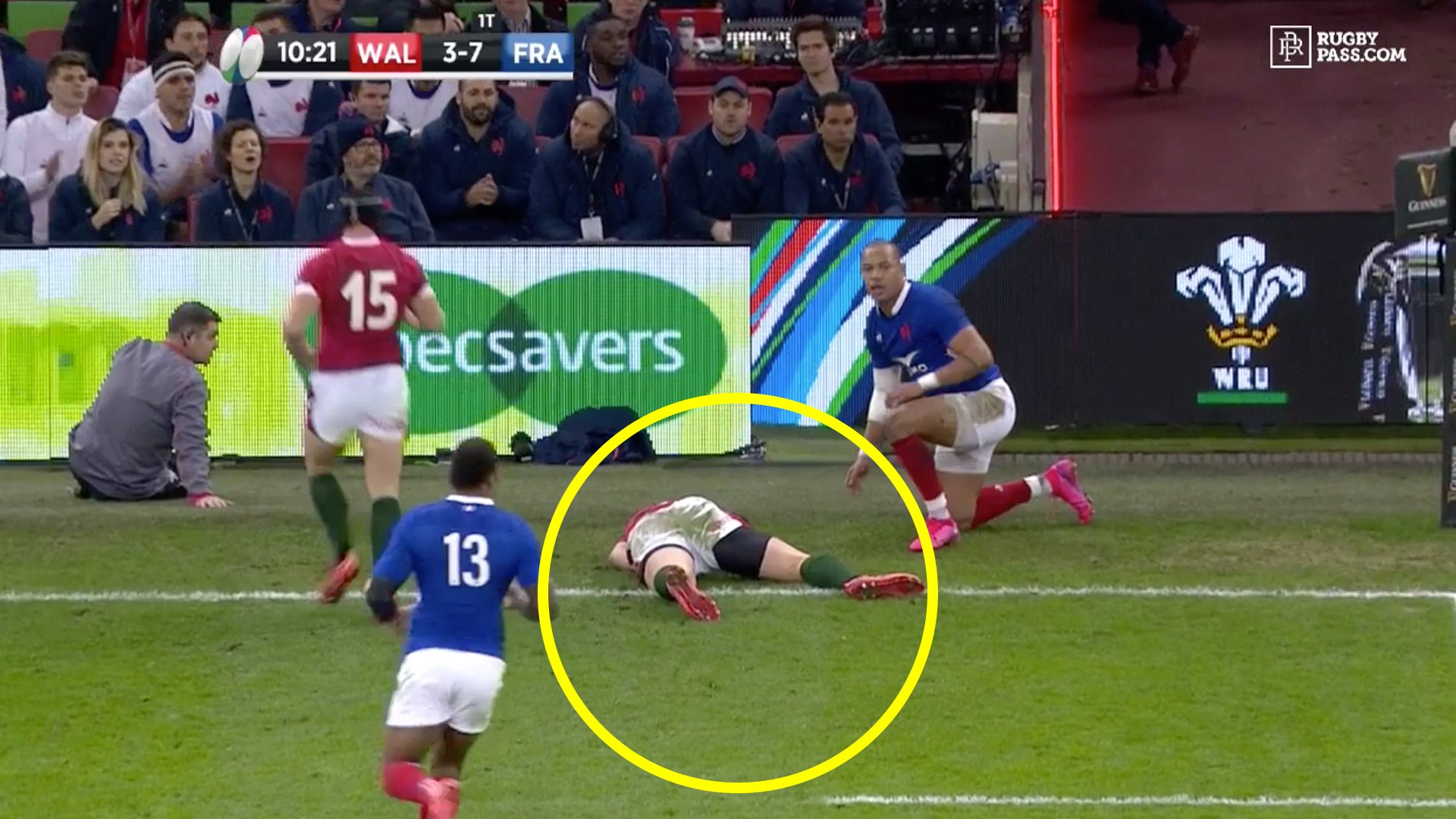 George North suffered a sickening concussion in the Six Nations clash with France. Yet another in his career.

The Welsh winger suffered a sickening collision with Gael Fickou of France in a challenge that may very well be a career ender. North has had a horrendous history with concussion and this was yet another unlucky collision for him.

The international was out cold for a couple of seconds before he seemed to momentarily recover.

It still does make for painful viewing for his fans who have seen the man out of the game for long periods.

Many are calling for his retirement for his own safety.

I feel like I’ve seen George North out cold on a rugby pitch far too many times.

Another serious head knock for George North… you’ve got to think this is getting close to the end of his career, there’s only so much he can take and be okay long term, at the end of the day, it’s just a game, there’s a life after it!

I know this is controversial but I’m just gonna say it: I don’t want to see George North play rugby again. It’s actually terrifying to see him out cold and wonder if this is the time that he doesn’t get up. He’s been beyond amazing, but enough is enough #WALvFRA

George North has suffered with concussion on multiple ages before, one of them being back in 2017 for Northampton when he was knocked out cold.

There was another incident as well in 2014 where North was knocked out against England. Concussion is seriously not a joke and North would do well to try and look after himself in the future.

Can he really risk playing against if he gets concussed again for the men in red?

Here is the video we found of North getting momentarily knocked out again!

Feel so sorry for North pic.twitter.com/mqs67TUEYe

France are currently playing extremely well against Wales in the Six Nations.

Could they be favourites now to win the Six Nations if they can get a bonus-point win here.

In an interview with Sports Joe, George North spoke about his problems with a concussion.

George North has revealed some of his struggles with post-concussion symptoms as he tries to get back on the playing field.

The Northampton Saints and Wales winger is currently out of action after he was advised, by doctors, to take a month away from rugby.

North sustained two concussive blows in a Six Nations match against England, in February, a little over a month later and North was knocked unconscious after taking a knee to the head.

The Welshman told BT Sport’s Rugby Tonight that he is hopeful of a full return to contact soon but admits ‘some days are terrible’ and he has been forced to sit out sessions.