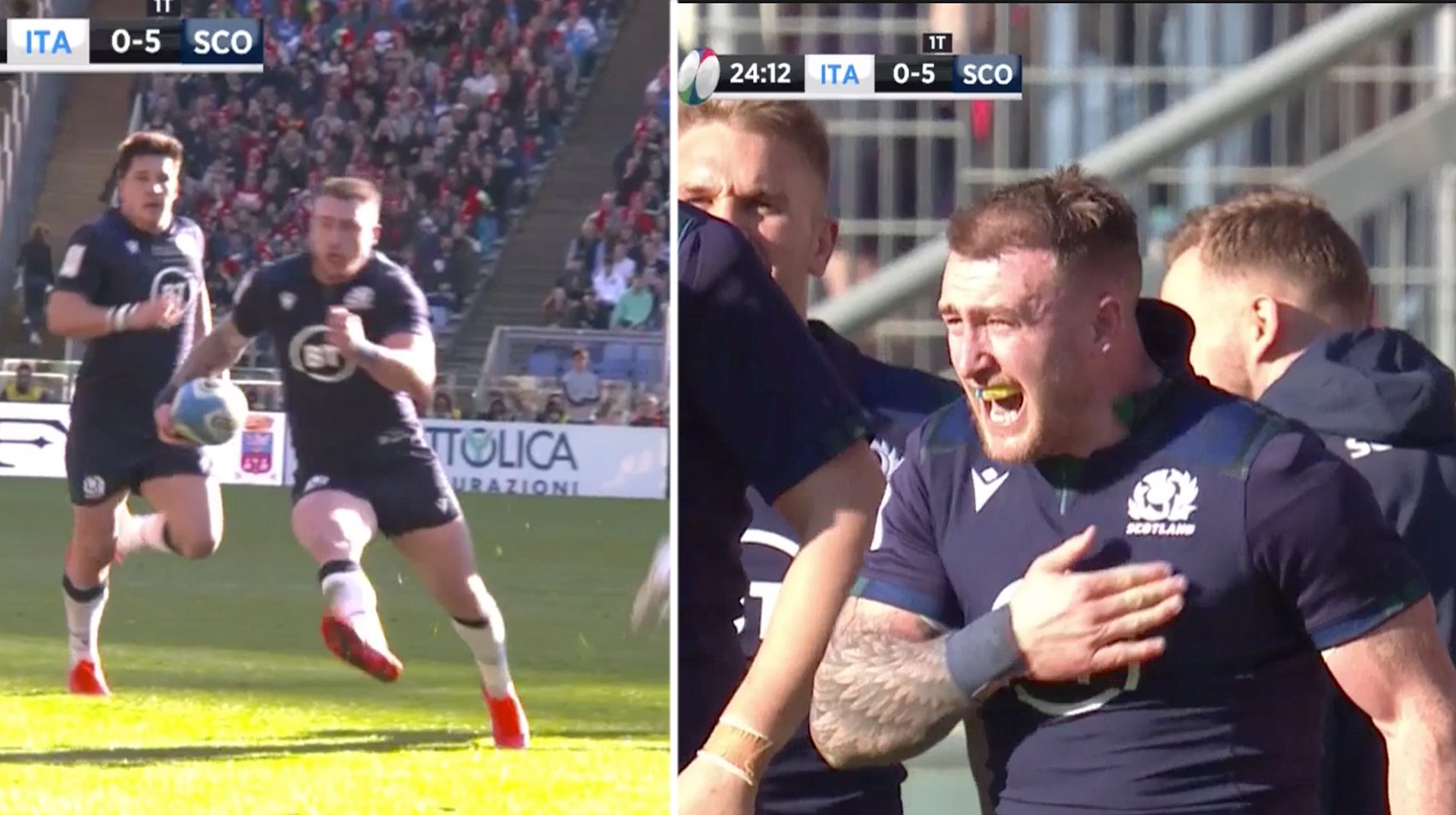 Many will have had Stuart Hogg in their bad books if they were Scottish, but he certainly redeemed himself with this insane solo try against Italy.

Almost all of Scotland’s positive attacking intent came from this man in  this half and he was part of everything that was good about the men in blue.

The Scotsman has had a tough couple of weeks after he dropped the ball in the previous two rounds of the Six Nations. Dropping the try scoring chance against Ireland, and gifting England a 5 metre scrum the round after.

This was much more positive from the Scotsman.

This solo try is insane, he is back!