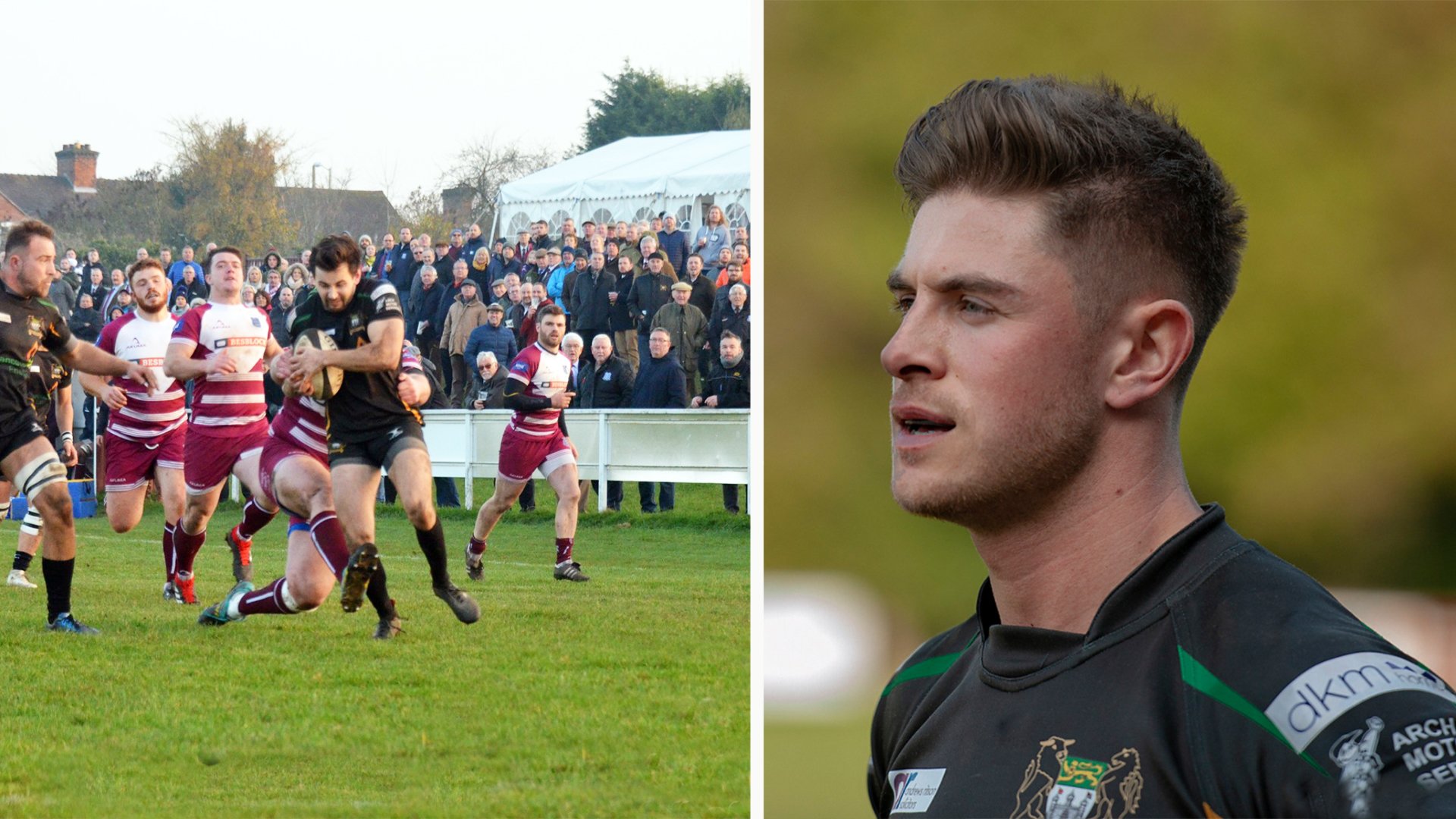 It won’t make a ripple in the wider sporting world – but it’s a big deal in the grassroots rugby hotbed of Shropshire.

Bridgnorth and nearby rivals Newport Salop have battled for years to be top dog in the picturesque English county.

Both have beaten all the odds to currently be scrapping it out in the fifth tier of English rugby.

Things have never been better for the two well run and much loved clubs – but then came Covid-19.

For all their on-field success – like local clubs the length and breadth of Britain – survival and growth depend on a number of vital revenue streams and the tireless work of dedicated club members who work year-round to keep the club going.

One of these essential revenue streams is the takings from matchday ticket sales for the clubs biggest home games.

Hundreds of spectators would have thronged North’s stunning Edgar Davis pitch beside the River Severn and the club’s coffers would be swelled by takings from the matchday ticket sales, bar service and table bookings for the ever-popular pre-match lunches.

This fixture always guarantees Bridgnorth’s best payday of the year.

But Covid-19 has put paid to the much-needed cash boost for the club – and the impact on outfits like Bridgnorth will be repeated all over the UK as the terrible virus hammers the bank accounts of grassroots rugby clubs up and down the country.

Bridgnorth Rugby Club was hit by devastating flooding in 2020

At BRC we were spared the flooding that affected other Severn rowing clubs.

However, the video’s last 5 seconds show the flooding’s huge devastating impact on @BridgnorthRFC – the EDG & Severn Park pitches completely flooded.
Great club and they have our full help & support. https://t.co/bmkyEhWEQM

Summer balls and marquee events are also essential sources of funding that are relied on to supply the day to day running of the club, as well as to pay staff.

These summer events were this year, more than ever, essential for Bridgnorth – who had already been hard-hit by devastating flooding that kept their playing pitches underwater for much of January and February.

For many sides who pay their first-teams a matchday fee or help players with expenses – these summer balls can single-handedly fund the running of a first-team for the season.

This highlights the importance of these events – and the disastrous consequences of them not going ahead.

Another vital source of income comes from the generous sponsorship of club donors.

Luckily for Bridgnorth – they are able to draw on an expansive pool of sponsors with a wide variety of local businesses who have followed the team over the years.

For many sides, however, this isn’t the case.

Could grassroots rugby restart without scrums or tackles? It's part of plans being discussed by the RFU looking at matches post-lockdown @TelegraphSport https://t.co/wEbEfS17yQ pic.twitter.com/6x905orcgF

There will be dozens of clubs throughout the land who source the majority of their funding from one sponsor. Commonly a local business, that is doing well and looking to give something back to the community by investing in their local rugby team.

Sponsorship in these sides is quite often, a labour of love – and the donor will not expect any monetary return for their investment into their clubs.

However, with the untold strain that the pandemic is putting on businesses up and down the country – there is a significant risk of these sponsors deciding to pull their funding from these locals rugby clubs to protect their own commercial interests.

We’ve seen countless examples of this over the years with disastrous consequences – as sides, bereft of funding, slide down the leagues – never to be seen at that level again.

Farnham RFC, the Surrey-based club that introduced Jonny Wilkinson to rugby, has recently spoken to the Daily Mail about the precarious position they find themselves in as a result of the Coronavirus pandemic.

The club, like Bridgnorth, has seen huge success in recent years with the 1st XV climbing five divisions in the last decade – with the side now featuring in London 1 South.

On the back of this success, the club had recently completed a £2 million move across town to a new state of the art ground.

Now, with the pandemic sweeping over the nation, Farnham has had to close it’s doors to it’s players and fans reportedly losing the club £160,000 in revenue over three months – and putting the clubs future in doubt.

As it stands, it looks like rugby will be one of the last sports to be reintroduced into society – the grassroots game may not be back until 2021.

For towns like Bridgnorth where the sport is the beating heart of the community. The end of the pandemic couldn’t come soon enough.