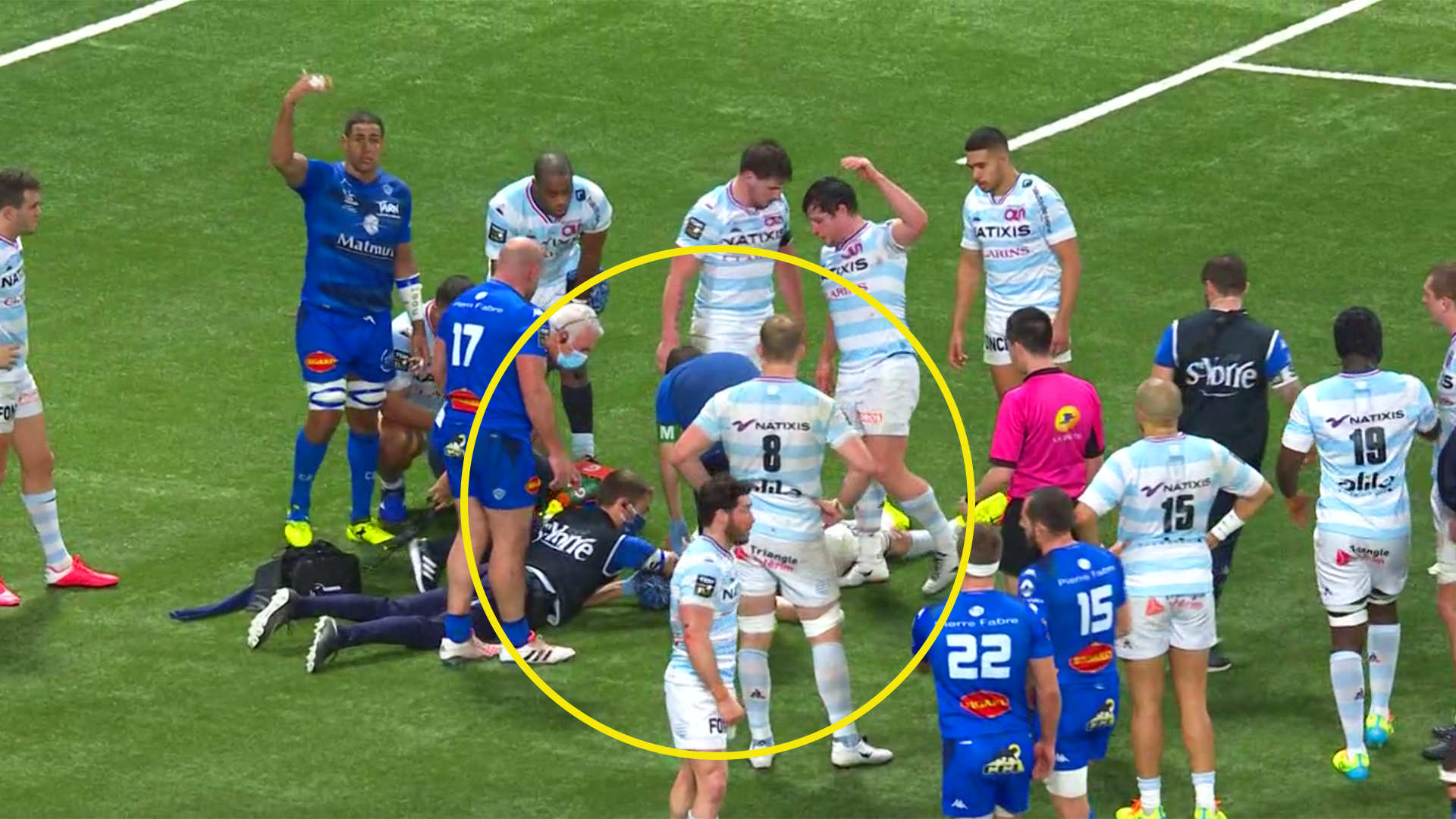 There were uncomfortable scenes in the Top 14 this evening in the clash between Racing 92 and Castres.

The moment occurred in the final play of the game in Paris leaving one of the Racing players unconscious. In horrific scenes – it took the players almost a minute to realise that the player was unconscious.

Be warned – there is some graphic video footage in this article.

Racing 92 were winning the game by 23-20 when the ball was finally booted into touch to cap off an important victory for the Parisian side.

Unknown to the teams was the fact that their teammate, Wenceslas Lauret, was lying unconscious on the ground as the players began to shake hands following the final whistle.

There was an immediate sense of panic amongst the players as medical staff rushed onto the field.

watch the shocking Top 14 scenes in the video below

Awful scenes in the Top 14 – my thoughts to the player involved 🙏 pic.twitter.com/K5BG9iT0s0

The stadium music was still blaring ‘Highway to Hell’ as the medical staff urgently set to work on the stricken Racing 92 player – such was the confusion surrounding the incident. 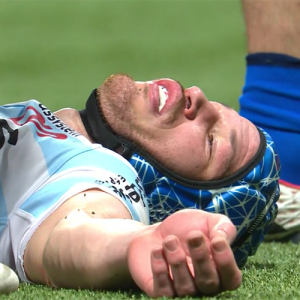 Fans on the popular forum Rugby Reddit commented on the horrific scenes at the La Défense Arena.

“That is one of the worst things I’ve seen on a rugby pitch, the guy was OUT for a solid 15 seconds, what were the medics doing? The ref? The players?”

“Injury looked horrific but this was the first thing I noticed too..”.

“Not sure if it’s just because it’s slowed down but that didn’t seem to be a massive impact compared to what we see some players walk away from. It’s so odd how the angle or the fact the person is not expecting the impact can cause such a difference.”