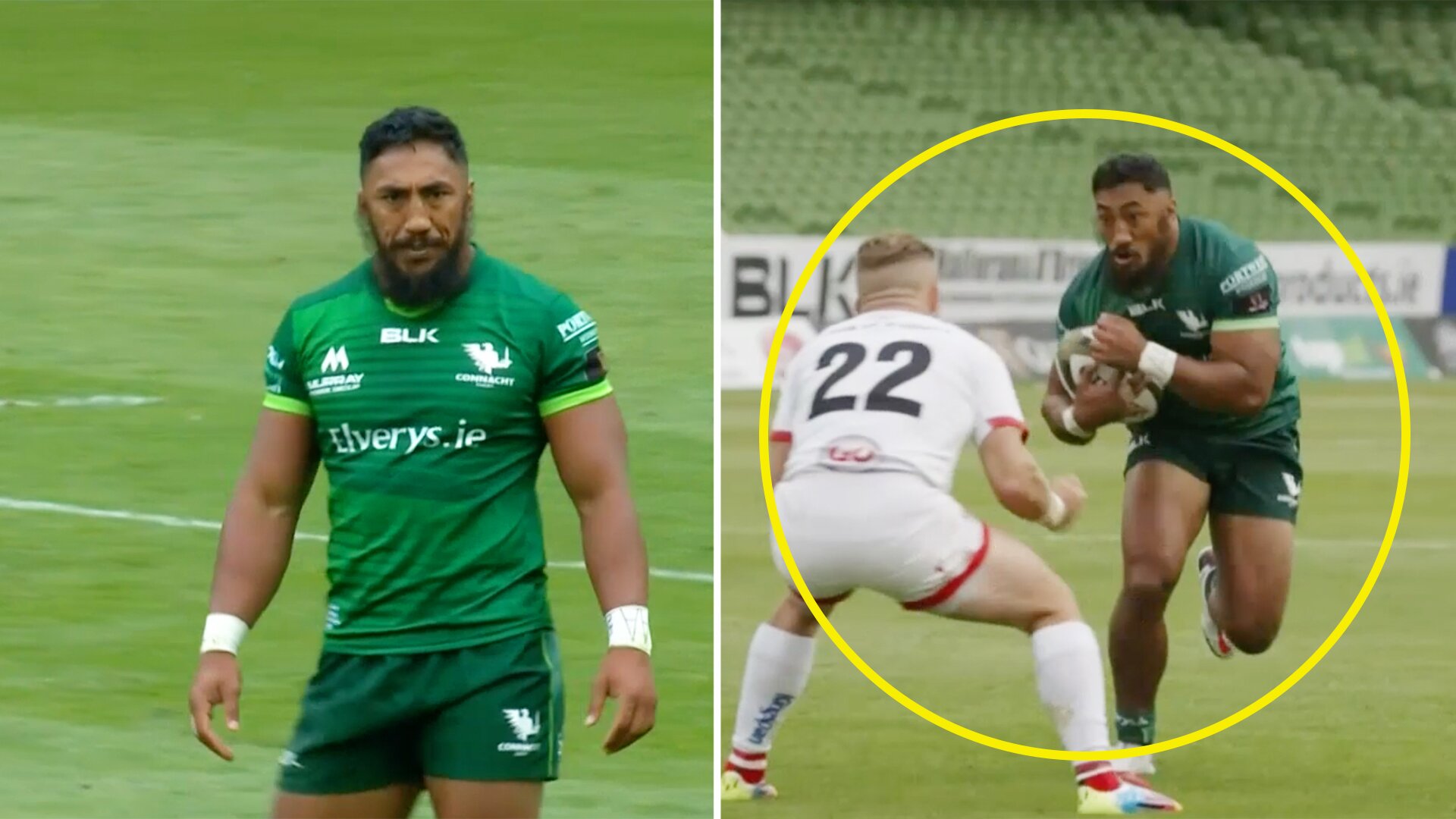 There are few harder players to stop in a one on one tackle than Ireland centre Bundee Aki.

That’s exactly the task that faced Ulster’s new signing, Ian Madigan, just minutes after he came on in this afternoon’s Pro 14 clash between Ulster and Connacht at the Aviva Stadium.

The former Bristol man came on in the second half to replace Billy Burns and he was soon in the thick of the action as his side defended an attacking Connacht scrum from close to their own line.

We see as with the scores finely poised at 14-13 to the Galway side – they look to score off of the attacking scrum.

They throw it to the middle for Bundee Aki who runs it straight at Ian Madigan.

Did we really expect anything else?

Aki has noticeably bulked up over the lockdown period and he was clearly putting his added power to great use in a splendid first performance since returning from the break.

Jacob Stockdale scored this well-worked try for the Belfast side. We had to double-take for a moment with his new look!

A streamlined @JacobStockdale puts @UlsterRugby within a point after the break ⚡️

Connacht ran out as 26-20 winners in the end after a fiery contest in Dublin.