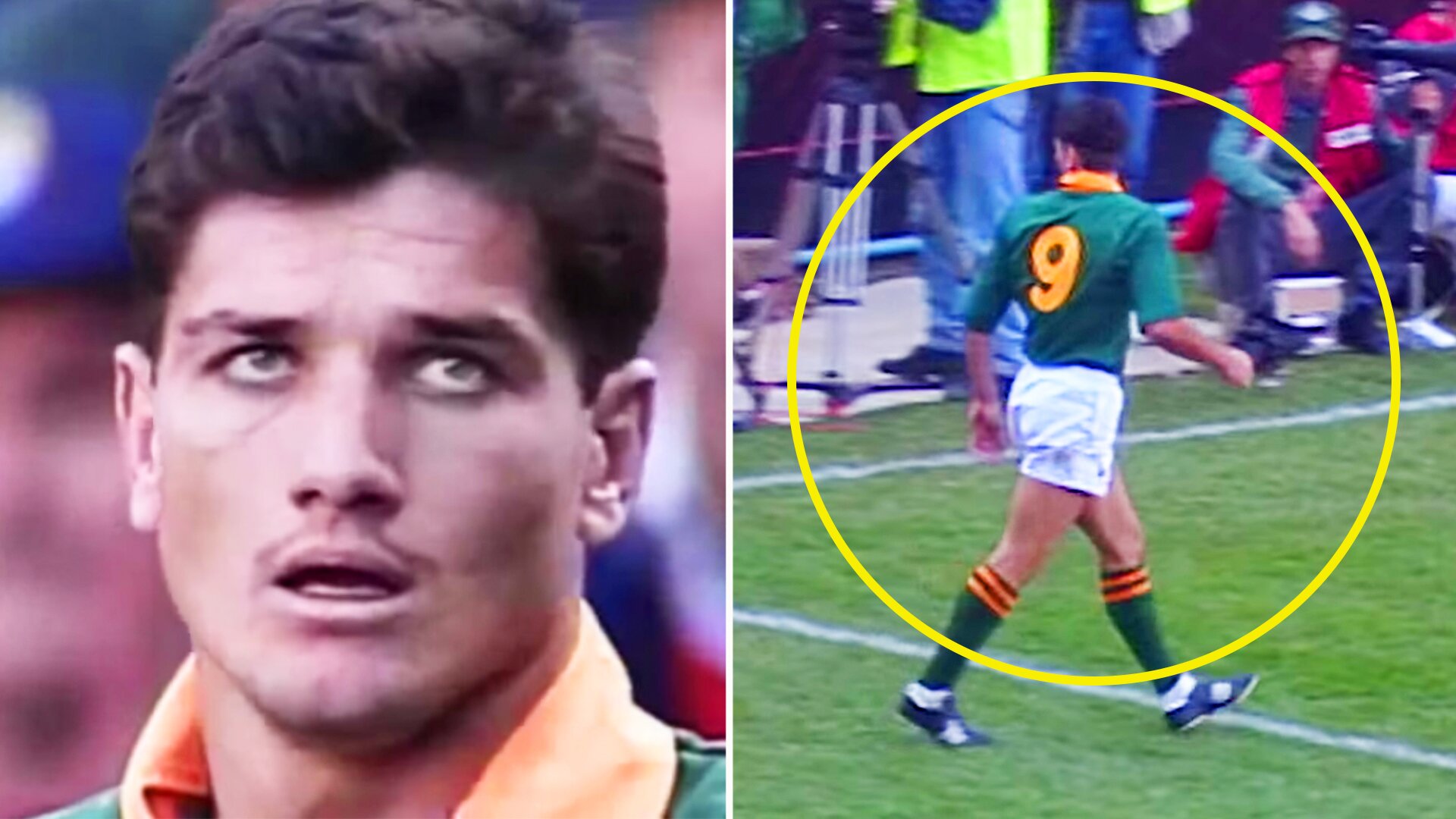 We’ve unearthed this incredible video of a player that many deem to be the greatest scrum-half of all time – Joost van der Westhuizen.

This outstanding highlight reel of the late Springbok star shows just how gifted this South African legend was.

Remembering the legend that was Joost Van Der Westhuizen on his birthday. An incredible player and a truly inspiring person pic.twitter.com/pqwORJB53u

In this footage we see the Blue Bulls star at his mesmeric best as he scores try after try for his country.

This video showcases what was best about van der Westhuizen’s game with incisive inside lines and a tenacious running game that saw him become one of the most prolific try-scoring half backs of all time.

25 years ago,South Africa won the 1995 World Cup. Nelson Mandela handed trophy to Francois Pienaar in a moment bigger than sport. Mandela saw WC as a unifying opportunity. Through his leadership, found a way to rally all around a game of rugby to continue profound social progress pic.twitter.com/L9pLiibj1Q

Arguably the most famous moment in Joost’s career came in the 1995 Rugby World Cup final against the All Blacks.

This video shows the Springbok 9 making a vital last-ditch tackle on the mercurial Jonah Lomu as he broke through the South African defence on his way to scoring for New Zealand.

This heroic moment helped the Boks on the way to their first-ever Webb Ellis Cup triumph.

Joost van der Westhuizen tragically passed away in 2017 after a long battle with motor neurone disease.

Watch this outstanding highlight reel below