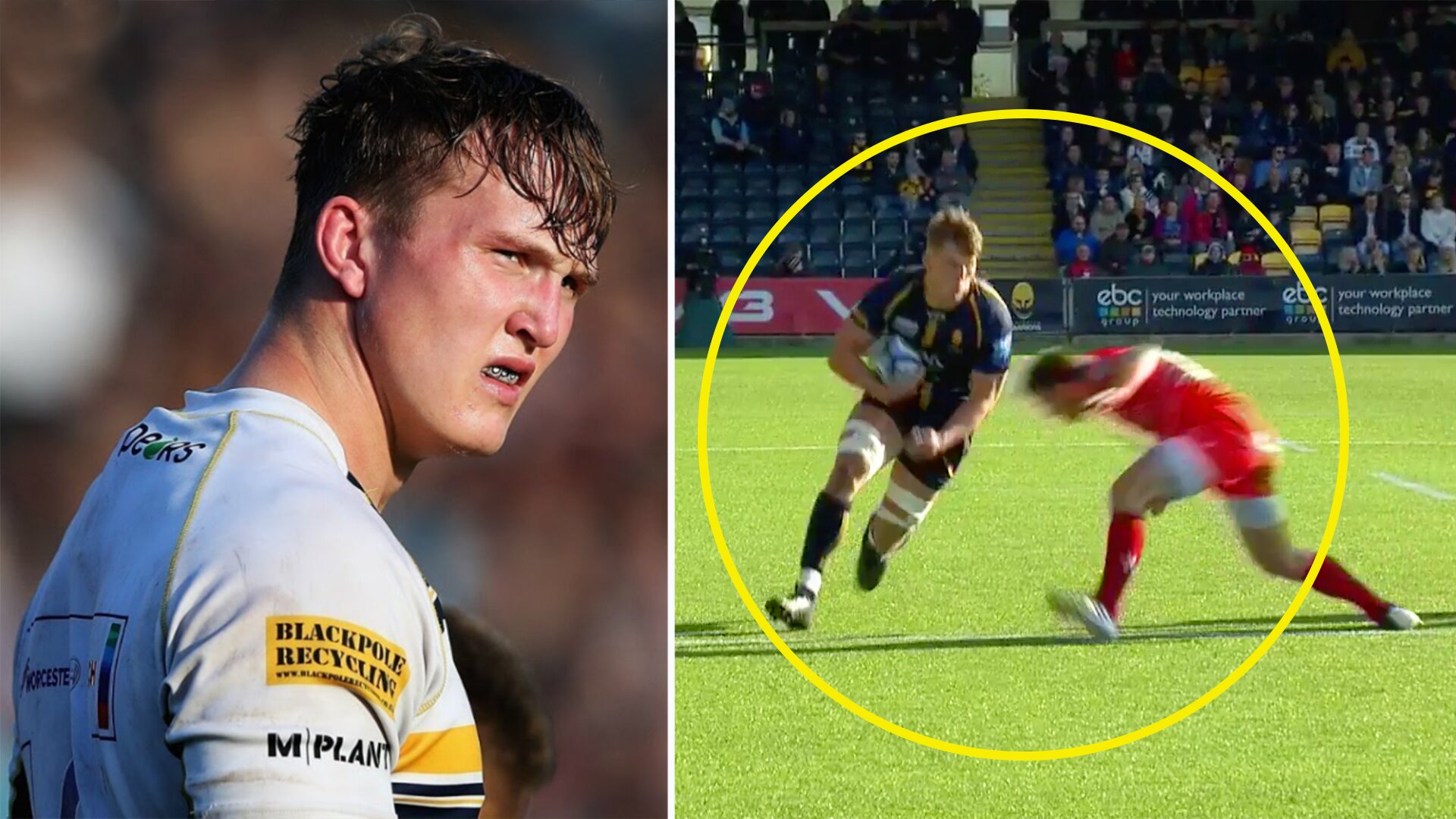 Ted Hill has been all over the news today after he was announced as the new captain of Worcester Warriors.

This came as a surprise – purely because he’s only 21-years-old.

After watching this, however, we completely understand why.

Ted Hill is the youngest ever captain of Worcester Warriors

A young man going places in a hurryhttps://t.co/1fTKdPkCQD

The 6ft5in flanker has been a hit at Sixways after coming through the club’s academy.

Built like Hercules, this man-mountain blindside flanker has lit up the Premiership with his exceptional all-round game in the loose which has caught the eye of England head coach Eddie Jones.

Ted Hill was capped for his country at just 19 years of age in his first season of Premiership rugby.

The Worcester born powerhouse recently signed a new contract extension at Sixways that will keep him at the club until the end of the 2023-24 season.

The video below shows just how phenomenal this young talent is – we’re sure to see more of him in an England shirt over the coming years.

Yorkshire Rugby academy manager Ben Lazenby has taken to Twitter to express disappointment that the plug was pulled on the youth set-up at Yorkshire Carnegie, the struggling club recently relegated to National 1.

Despite Carnegie getting ushered out of the Championship on the back of a pitiful season featuring some avalanche-type results, there was still hope the academy programme, which produced talent such as England scrum-half Danny Care, could continue to exist after the club announced it was no longer able to fund it.

The RFU and Yorkshire RFU were apparently working to secure the pathway’s future, but the financial strain of the Covid-19 pandemic resulted in seven academy staff and three players being informed this week that it was being shut down.