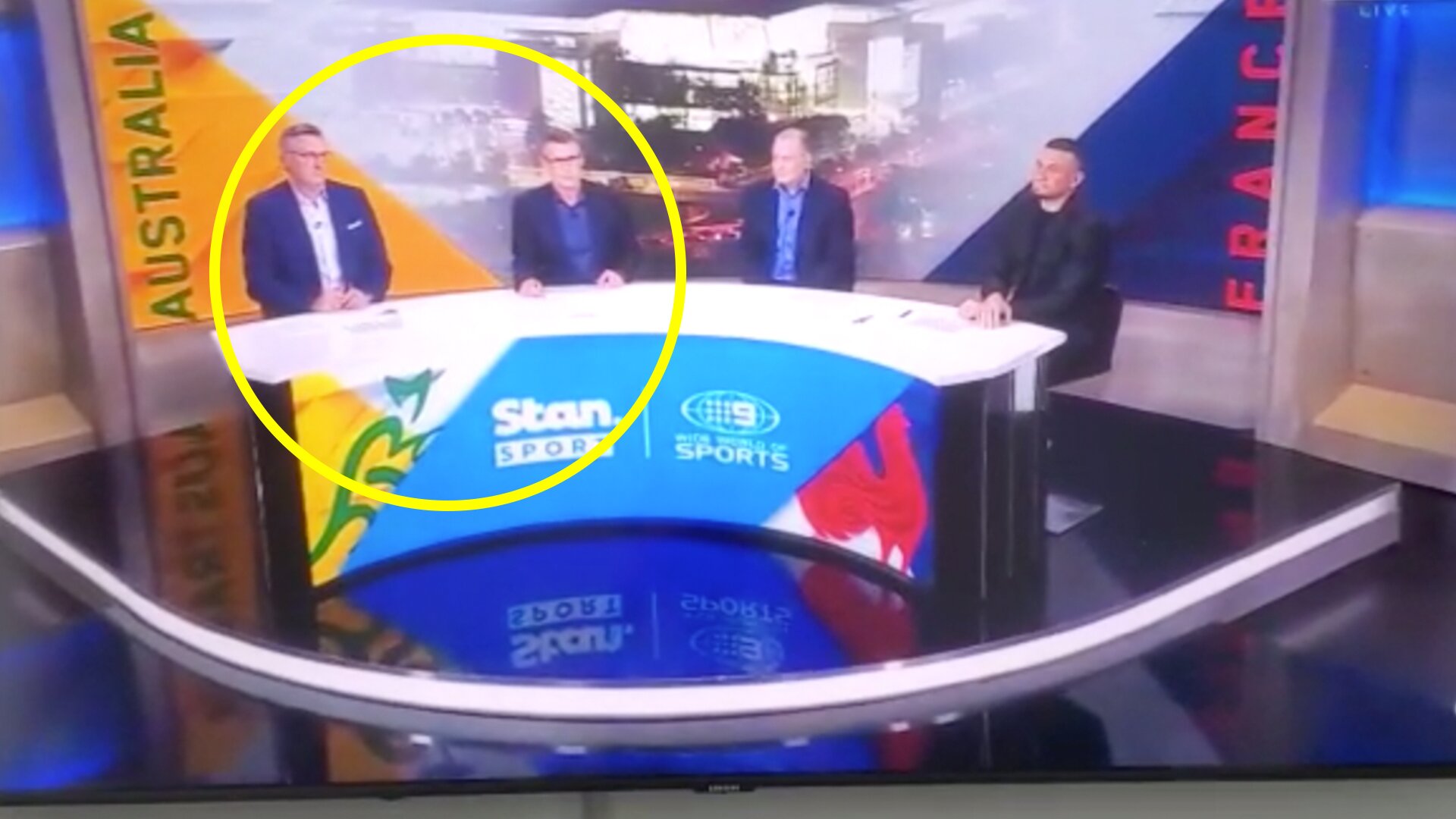 There was an incredibly awkward moment in the coverage of the Australia vs France match this weekend when the main presenter appeared to momentarily forget the name of one of his co-hosts.

The Stan Sports commentary team is actually one of the best in the world, bringing a refreshing take on rugby compared to what we used to get with Fox a couple of years ago.

Nick McArdle was introducing his panel when he momentarily forgot the name of the man to his right, Wallaby rugby legend Justin Harrison.

It makes for some cringeworthy viewing!