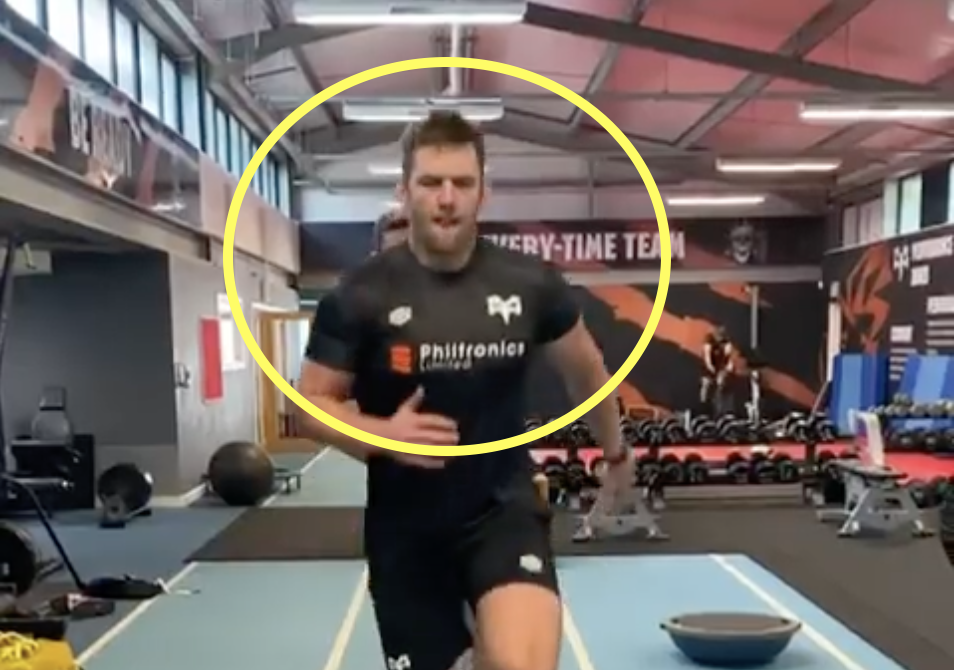 The lack of dance videos being shared by injured players has been a real problem in rugby in recent years, but Dan Lydiate thankfully put an end to that at the weekend.

Lydiate, alongside his Ospreys teammates George North and Dewi Lake, shared a video on social media of the trio half dancing, half training as they continue to rehab injuries. North in particular must be singled out for the enthusiasm and commitment he brings to this new dance craze.

The 33-year-old shared the video of his “dance crew”, saying: “Rehab can be tough at time’s but training with good people makes the difference also bring the energy on tough days. Return to play with Dewi Lake and George North dance crew in training.”

Check the dance out:

Lydiate suffered an ACL injury in Wales’ opening game of the Guinness Six Nations against Ireland this year. The flanker was making his first Wales appearance in two and a half years, and valiantly fought on for a few minutes in the first half after initially injuring his knee.

Lydiate’s Ospreys, Wales and British & Irish Lions teammate North picked up the same injury a few month’s after the flanker while playing for the Ospreys in April. In fact, it was the final match before Warren Gatland announced the Lions squad, which North was one of the favourites to be included in.

Unlike the other two, former Wales under-20 captain Lake picked up an ankle injury towards the end of last season which ruled him out of the Pro14 Rainbow Cup.

Ospreys’ season starts on Sunday September 26th with a visit to Rodney Parade to take on Welsh rivals the Dragons in the opening round of the inaugural United Rugby Championship.