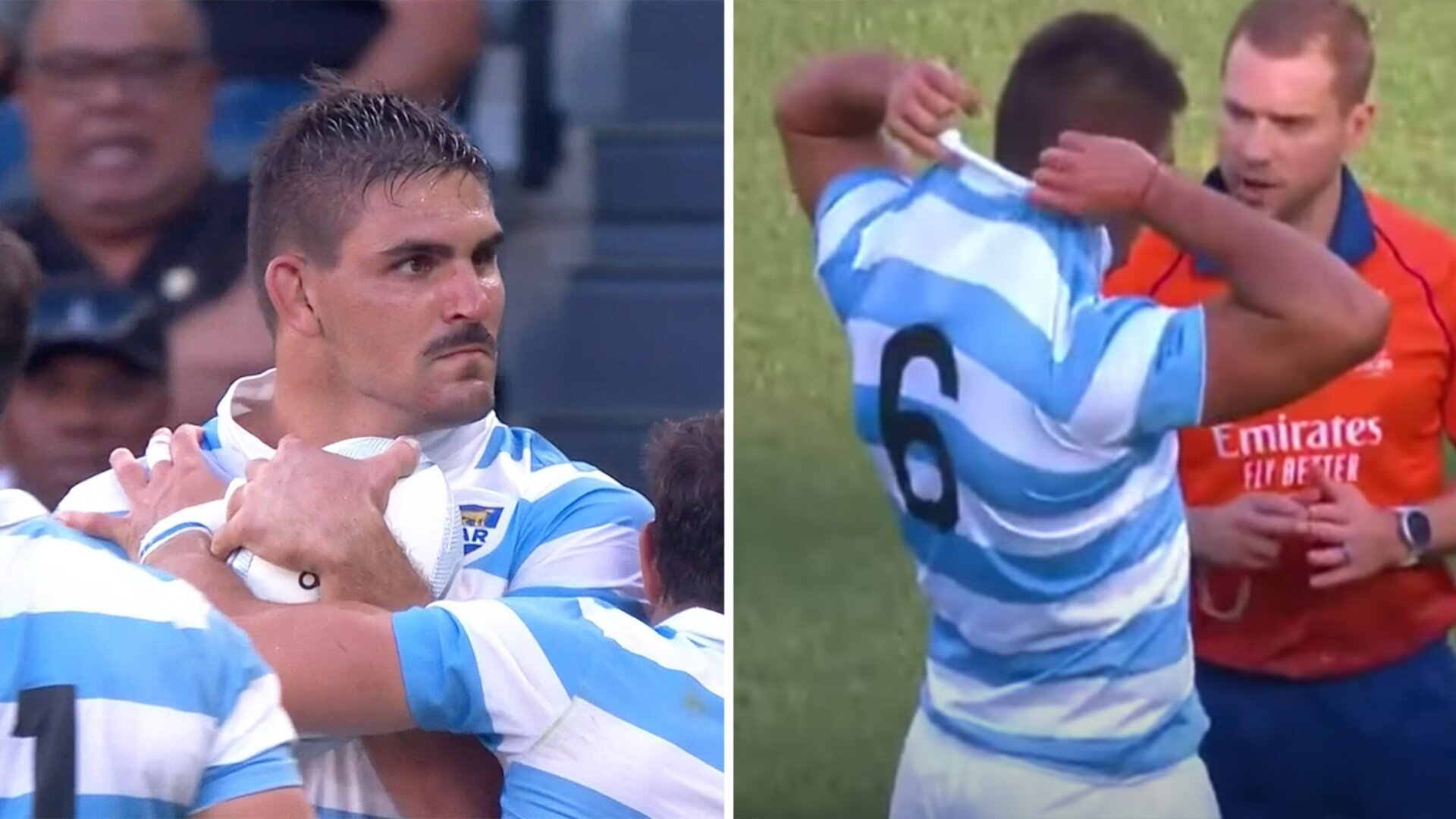 A short edit on Argentinian captain Pablo Matera is going viral on the internet, showcasing just how monumental the Puma was on Saturday.

Argentina recorded a historic victory over New Zealand with their forwards and Sanchez putting in incredible solo performances to help their team achieve their first-ever win over the men in black.

Even before the game, people were commenting on how pumped up the captain was for the game.

The way Pablo Matera 🇦🇷 looks at a HAKA is the same way I look at a Rotisserie Chicken. #TriNations2020 pic.twitter.com/jIabo8KhZS

Fans were raving over just how good their captain Pablo was, who individually put in a career-best performance which will be remembered for years to come.

The way Pablo Matera 🇦🇷 looks at a HAKA is the same way I look at a Rotisserie Chicken. #TriNations2020 pic.twitter.com/jIabo8KhZS

It all started by Pablo Matera saying: ‘They must show some respect, I’m playing for my country.’

And he did it with pride. Incredible game from the captain. #NZLvARG

The new video that is doing the rounds on the internet, and going viral, highlights just how much of a nuisance he was to the men in black on Saturday.

Argentina is known for being a passionate team, but this side, after everything that they have been through. No wonder everybody is losing their minds over this incredible performance.

He will be the main man who everyone will surely be looking at next weekend when they take on the Wallabies.

Argentina will now take on Australia in the Tri-Nations this weekend as they hope to continue on from their winning start.