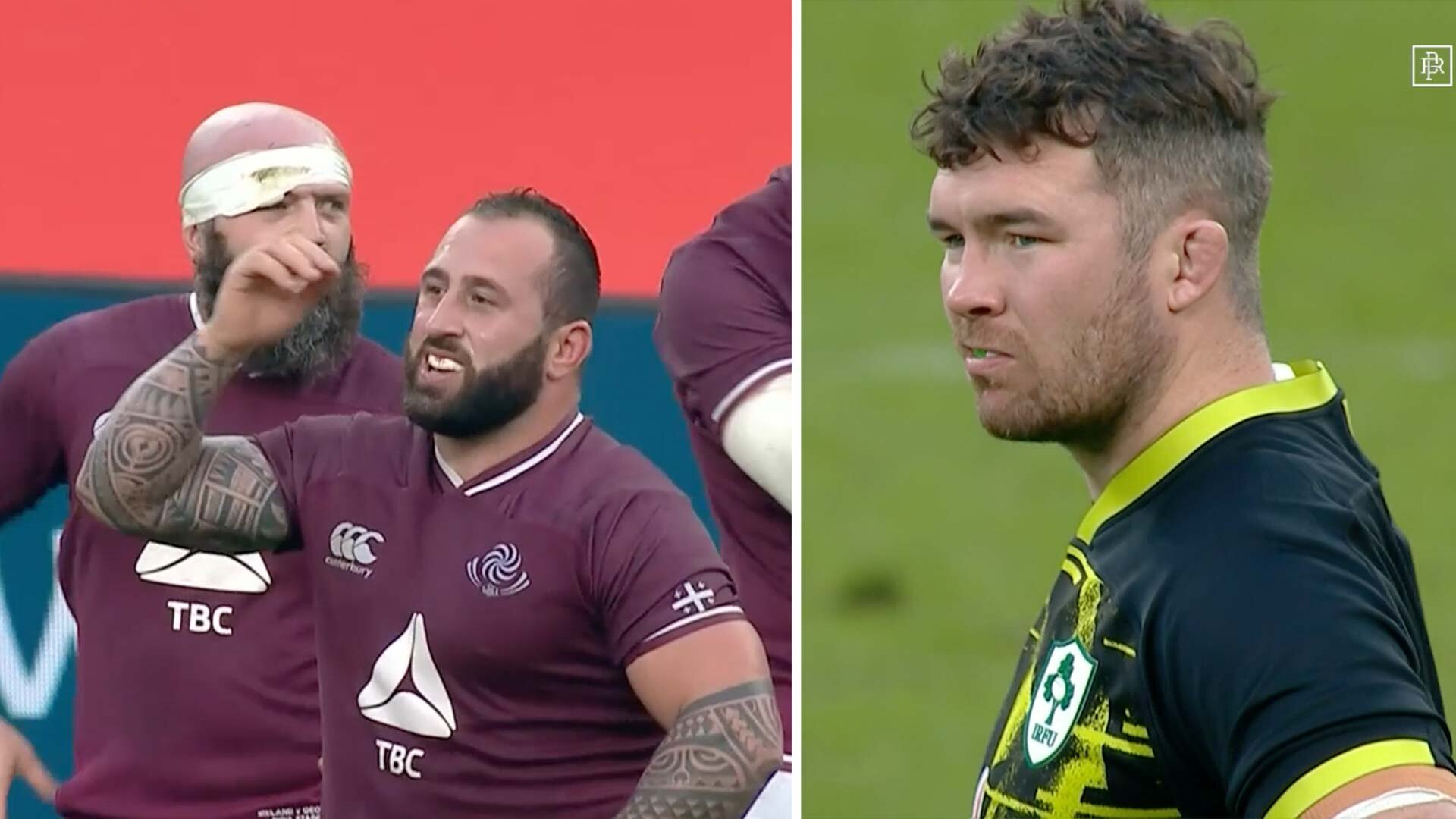 Irish fans not happy at all after torrid display against Georgia

Irish fans aren’t happy at all as the national team struggled to a 23-10 victory over a dogged Georgia side in the Autumn Nations Cup.

The Irish team began to fade in the second half, a trait which has fell into their game style over the 2020 season. Georgia put in a monumental performance defensively to help keep themselves in the match.

There was some brilliant rugby on display in the game as both teams attacked more than they have in matches like this before.

The commentators in the match complained about the lack of fluidity that the Irish had in their attack as they were not able to get a hold on the match.

Many expect this Irish team to come out firing after they were comprehensively outmuscled by England in the Autumn Nations Cup encounter at Twickenham last weekend.

Fans online were not pleased at all with the performance that Ireland put in.

Ok, so Georgia has just saved International rugby!! What a try! #IREvGEO

This hasn’t been good enough. #IREvGEO

There were some bright sparks from the game, however.
Billy Burns, who recently started playing for Ireland after qualifying through residency, managed to score a try, pleasing many fans.

This will please many fans who see Johnny Sexton as a slightly weak link after struggling of late.

A shame his afternoon had to end early, but Billy Burns has certainly proven he belongs at this level #IREvGEO

I think Ireland have been poorer since Billy Burns went off. I don’t know if that is the reason, but I suspect it may be connected. Ref is ruining the game as well though