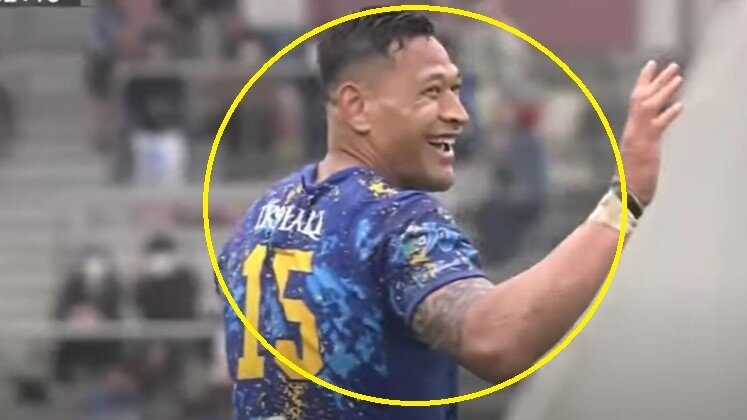 Former Australia fullback Israel Folau has been called up to Tonga’s 31-man squad ahead of the Pacific Nations Cup and World Cup qualifiers.

The 33-year-old has made Toutai Kefu’s squad alongside ex All Blacks Malakai Fekitoa and Charles Piutau ahead of matches against Fiji, Samoa and Australia A in July, and a World Cup play-off match against one of Hong Kong, South Korea or Malaysia.

Folau has been in international exile since his infamous Instagram post in 2019, which led to him being dismissed by Rugby Australia. Since then he has had a stint in rugby league before arriving at his current club in Japan, the Shining Arcs Tokyo-Bay Urayasu. He earned the last of his 73 caps against England at Twickenham in November 2018, where his two tries extended his tally to 37 for the Wallabies.

Bristol Bears’ fullback Charles Piutau played his last match for the All Blacks in 2015, while Wasps’ Munster-bound centre Fekitoa last played for them in 2017.

All three players have taken advantage of World Rugby’s new rulings this year that allow players to switch to countries of their heritage provided they have had a stand down period of three years.

These are just a handful of many players that will be able to play for Tonga in the future having previously represented either the Wallabies or the All Blacks.