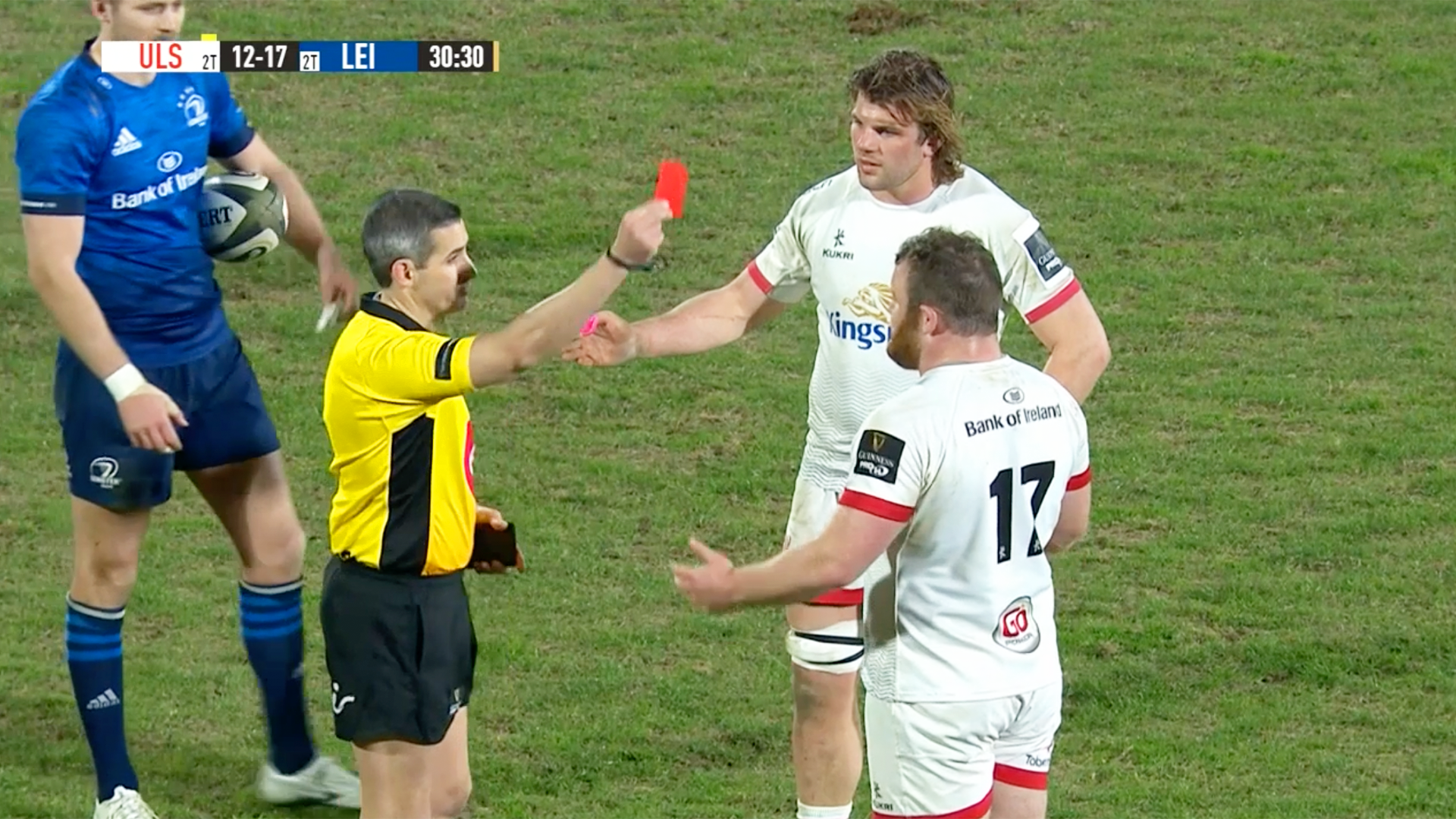 Another red card was shown in the Pro14 tonight. This time it was for Ulster prop Andrew Warwick in the first half of his side’s clash against Leinster.

There had already been three yellow cards shown in the fiery encounter at Ravenhill Stadium.

Fans were up in arms over the red card offence that was deemed by many to be a soft sending off.

It took just six minutes for Devin Toner to be given his marching orders for a high challenge on an opponent.

The veteran Irish lock was sin-binned for a seatbelt challenge on Michael Lowry in the opening quarter of the match. 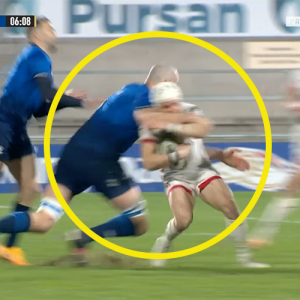 Less than ten minutes later, another yellow card was shown after head-contact on Ian madigan from Leinster centre Jimmy O’Brien.

Ulster managed to go over to score whilst they had a one man advantage over Ulster.

Ulster prop Andrew Warwick was then given his marching orders after this incident on the half-hour mark.

watch the red card incident in the video below

Another week, another red card. Pretty shocking call if you ask me pic.twitter.com/lnY5s5lGSG

Fans were outraged at the nature of the offence on social media this evening.

Red card has killed Ulster v Leinster as a competitive spectacle. Really conflicted about new rules. Yes, we want enhanced player safety, but in a contact sport with fast moving parts it’s a lottery in terms of where your head or arm connects with an opponent’s head/throat etc.

Rugby red cards. I’m watching another game, Ulster v Leinster, where accidental incidents are giving rise to red cards and ruining the game as a competition. Can’t they introduce a Black Card instead, where the offending player has to be substituted for accidental incidents?

That Ulster red card is a joke as well. Rugby is going to be touch in 2025 at this rate. LET THEM PLAY #ULSvLEI