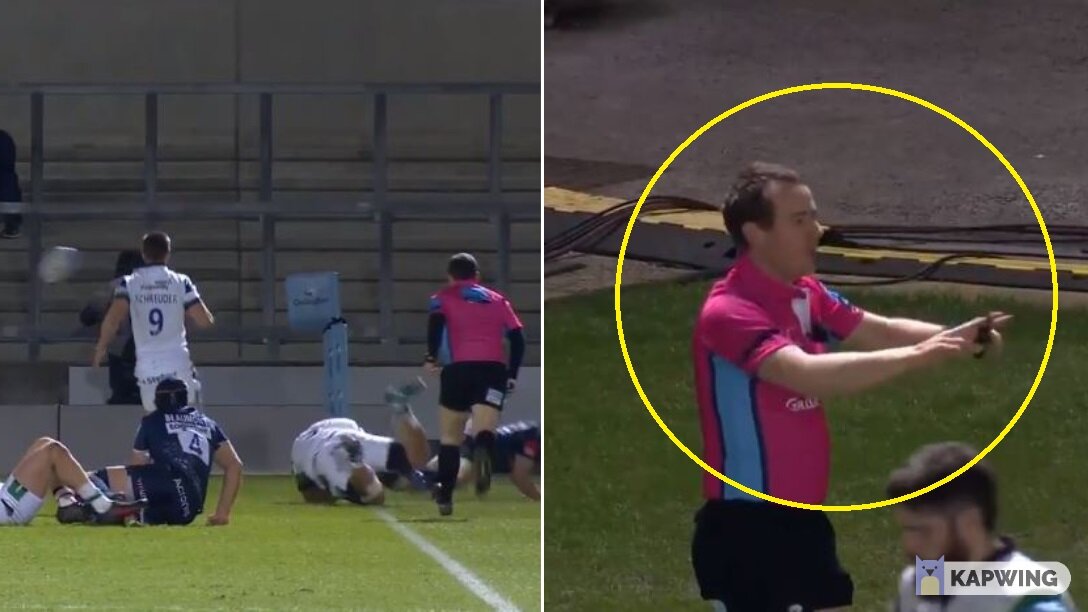 Last night a moment of sheer skill happened in the Gallagher Premiership, an offload of such piercing brilliance was thrown that many have trouble actually processing it.

The brain often can’t see what it doesn’t understand. That’s why when Magellan’s ships came ashore in the Americas, many say that the native people were unable to see them as it was too bizarre a sight for their eyes.

Now that’s probably a load of absolute horse manure, but if such an offload did exist, than it was this one thrown by AJ MacGinty last night.

The reason rugby elites don’t want you to see it is because AJ MacGinty plays for America and rugby union’s oligarchy can’t stand the idea of it not being an All Black or Springbok to do it.

AJ MacGinty how have you found that pass! 🤯 Superb!

Lood de Jager with the try and Sale in the mood 🦈 pic.twitter.com/1UrTSouVb9

It’s even better than any offload ever thrown in Super Rugby. We’ve fact-checked this, so really, don’t bother. Pundits tried to downplay it as merely the ‘true of the season’ but it was so much more than that.

The Irish-born American international playmaker has produced some of the best rugby of his career for the Sharks this season, establishing himself as one of the Premiership’s most formidable fly-halves.

The 30-year-old was a graduate of Blackrock College in Dublin and played with the College’s academy side before moving to America to study for a Masters degree in Sport Health Science where he played for Life Rugby Eagles.