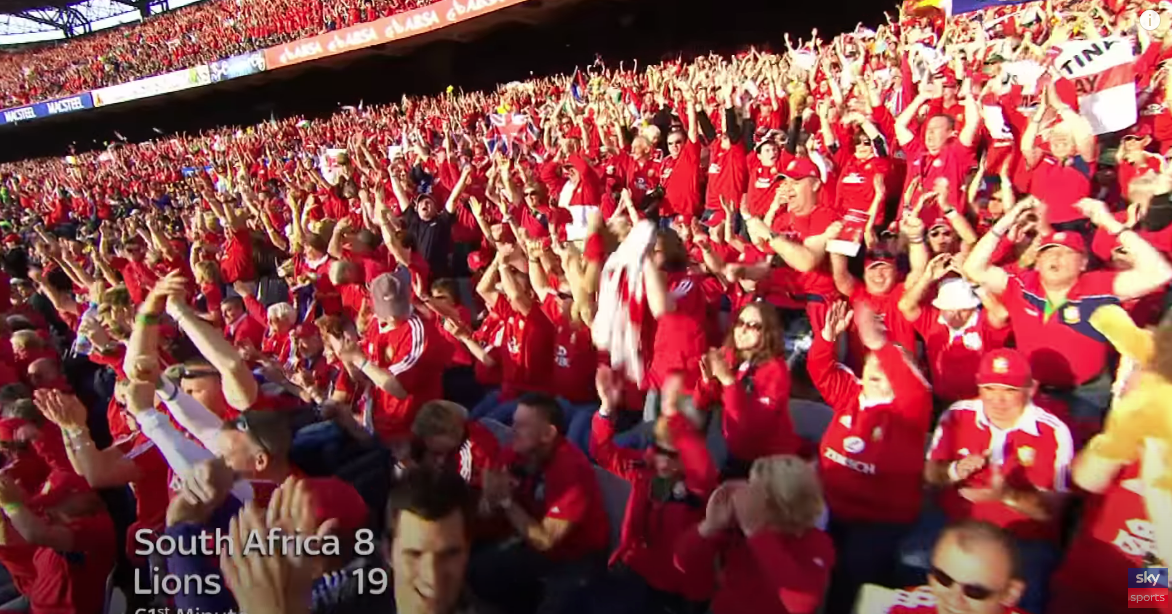 British & Irish Lions fans feel they have been handed a huge boost after all three Test matches against the Springboks have been rearranged to be played in Cape Town.

The second and third Tests were originally scheduled to be played in Johannesburg, but due to Covid-19 and the risk of travelling, all three matches will now be played in Cape Town.

While this is obviously a positive for the players in terms of safety, fans are particularly buoyant as it takes away a great strength of South Africa’s which is playing at altitude.  Although more Springboks players play abroad now, altitude has traditionally been a factor that sways a series, due to the effect it has on players’ fitness, depriving them of oxygen.

The Lions had been doing altitude training before the tour in order to prepare, but there is little doubt that Warren Gatland would have relished the opportunity to play three Test matches at sea level, and he has now been granted that opportunity. He would have backed his team to come out on top regardless of  the conditions, and he will of course downplay the significance of this, but Lions fans on social media may be expressing how he truly feels:

This has to be an advantage the Lions use in whatever way necessary.. listening to the Keith Wood, on @offtheball last night, the lack o burning chests and the ball going out on the full for the .@lionsofficial as it travels 15 to 20 yards more on the highveld is a benefit…. https://t.co/LaRCbhwx3Y

Massive bonus for the Lions. Not having to play the Boks at altitude levels the playing field somewhat. https://t.co/qqHW5SUxHW

There goes the altitude factor 🏔

No altitude games, bonus for @lionsofficial . Just the formidable @Springboks to deal with now.