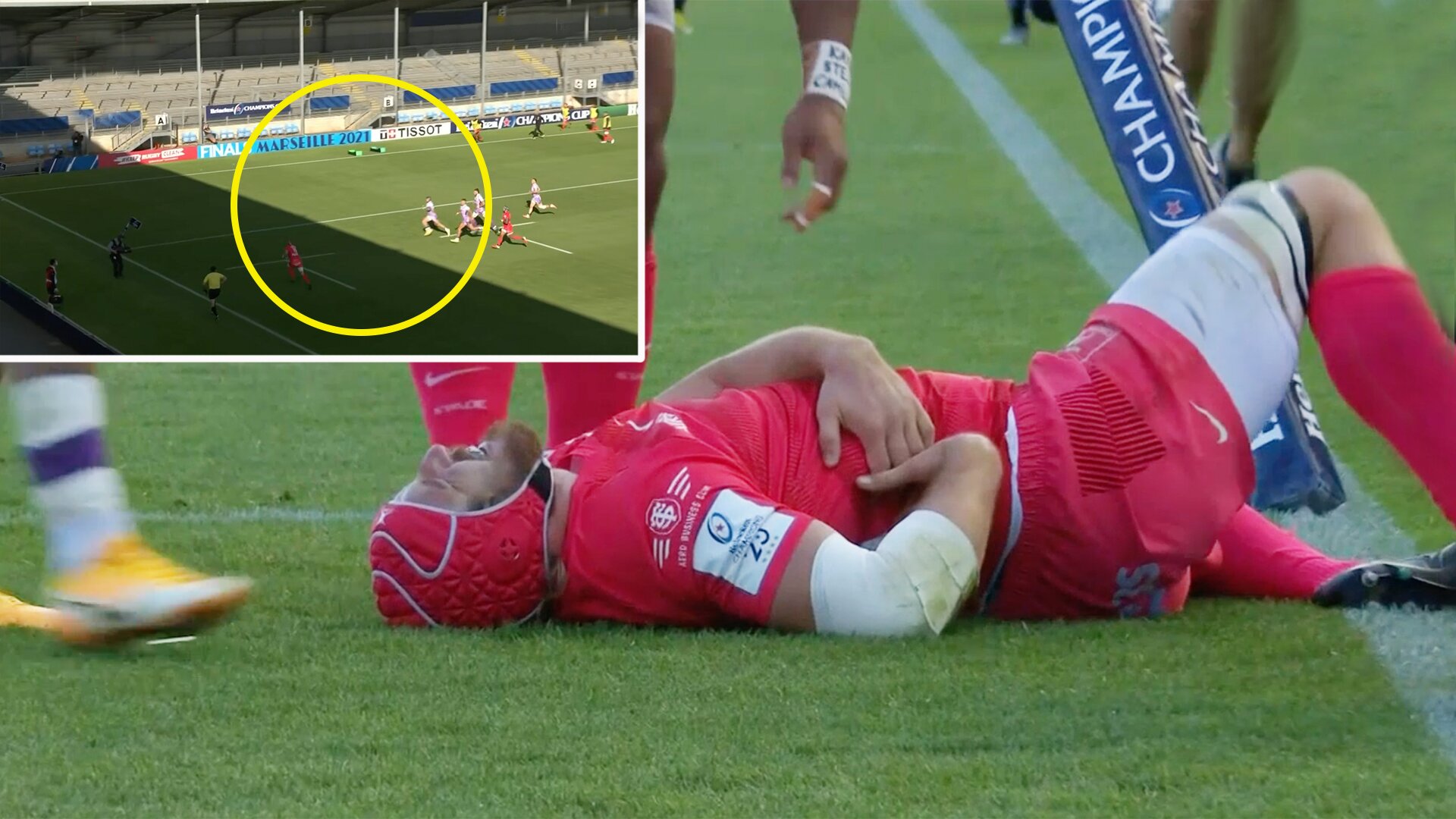 Jack Nowell was lucky to stay on the field in the first half of today’s thrilling Champions Cup clash at Sandy Park.

The England winger was involved in a needlessly dangerous collision with a Toulouse forward who was in the act of scoring. Many feel that Nowell was lucky to not have been shown a yellow card at the very least for this challenge.

We see as Alban Placines goes over to score in the corner after some great buildup play. He is in to score with Jack Nowell too far away to even challenge him but that didn’t stop the Exeter winger from ‘leaving some on him.’

Here’s how people took to the nasty challenge on Twitter.

@btsportrugby I like Jack Nowell but isn’t that just a cheap shot on a player that had scored a long time before he got there. Not going to stop him. It is one aspect we need to get rid of in rugby I feel

Really poor from Jack Nowell, that. Cheap shot to land the knee to the ribs after being beaten #EXEvTOU

Jack Nowell with a twats trick knee to the back of the try scorer.

I hate seeing things like that from Jack Nowell there. He’s not stopping the try being scored, when he goes in like that its nothing but a cheap shot. See it too often. Needs to start being penalised. #EXEvTOU

I’d restart with a penalty to Toulouse after that. Dick move dropping the knee in there #EXEvTLS

It certainly didn’t go down well with fans.

The sides went into the break with the scores standing at 14-11 to the hosts. Here’s the shocking challenge from Jack Nowell below.

Just look at this build up, a beautiful try! ✨