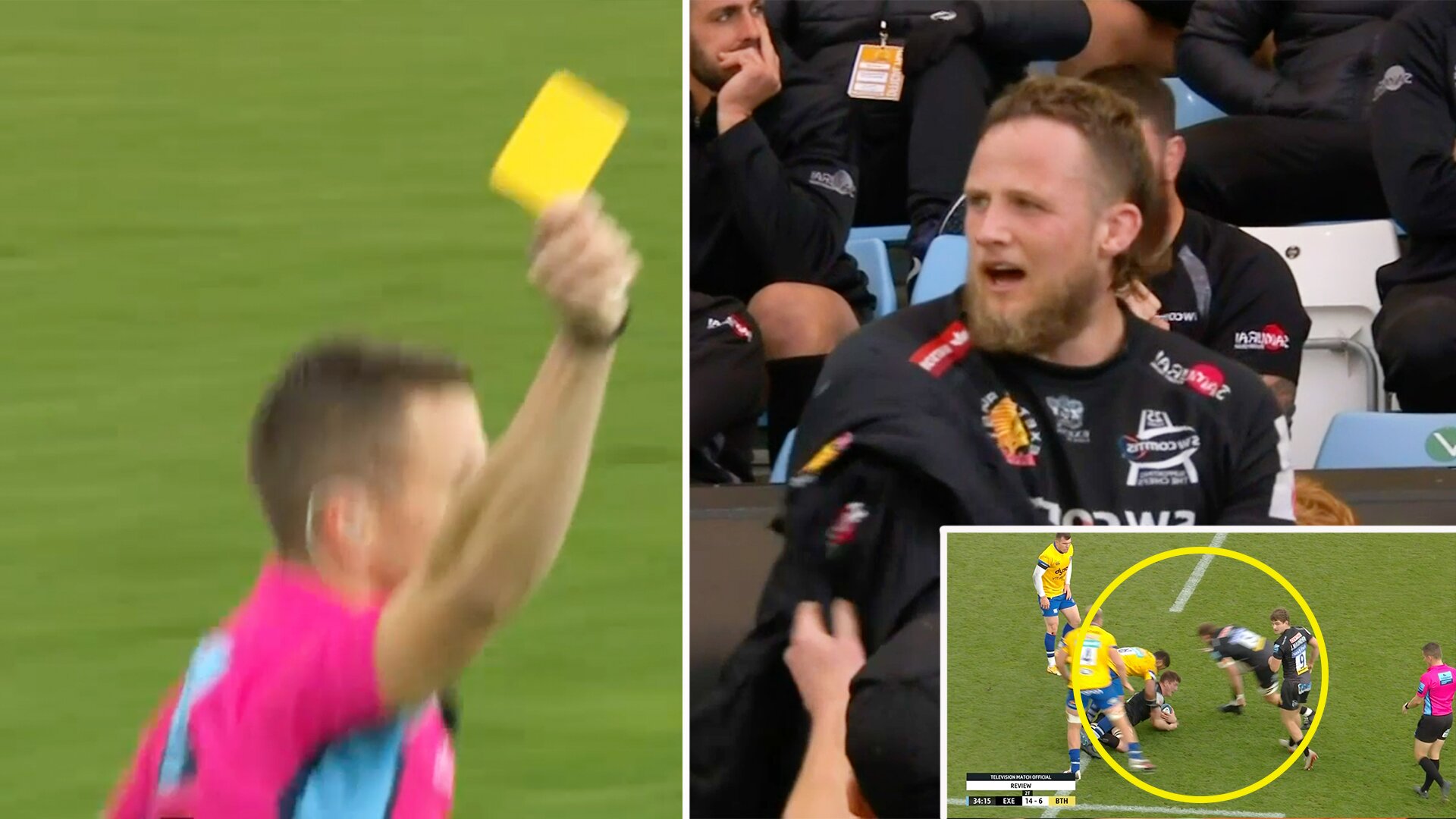 Exeter Chiefs were lucky to keep 15 men on the field in the first half of their crunch semi-final with Bath at Sandy Park today. Jonny Hill saw yellow for this sickening challenge in the 33rd minute of play.

The game had been well fought with either side’s trading scores in the opening 40 minutes.

Exeter utilised their trademark pick and go to over through Luke Cowan-Dickie and Hill himself but Rhys Priestland kept Bath in it through some accurate goalkicking.

The hosts led 14-6 at the time of the Jonny Hill sin-binning.

Was he lucky not to see red here? See the sickening hit below

Fans had a mixed reaction to the clearout with many praising referee, Luke Pearce, for his handling of the situation.

Disgusting call from Pearce. How the heck isn’t that a red card against Jonny Hill… anymore pressure and he would of snapped Falateau’s neck. Where’s the player welfare !? @jollygibbo #EXEvBAT #GallagherPrem @btsportrugby

Luke Pierce bottling the obvious red card Jonny Hill. Bottling at least a card initially and only giving a peno, then upgrading it to only a yellow when its clearly neck contact. Why the upgrade to yellow if its still effectively what he thought he saw first time round? #EXEvBAT

How the fuck did Jonny Hill not get a red?

Jonny Hill has to go there for me. Let off by the letter of the law – he’s clearly seen that the player is defenceless and comes straight in, no arms, on the neck/back area. If that’s not what we’re trying to get out of the game, then what’s the point? #EXEvBAT @premrugby

What did you think?

Was this the right call by Pearce or did he absolutely bottle this one?