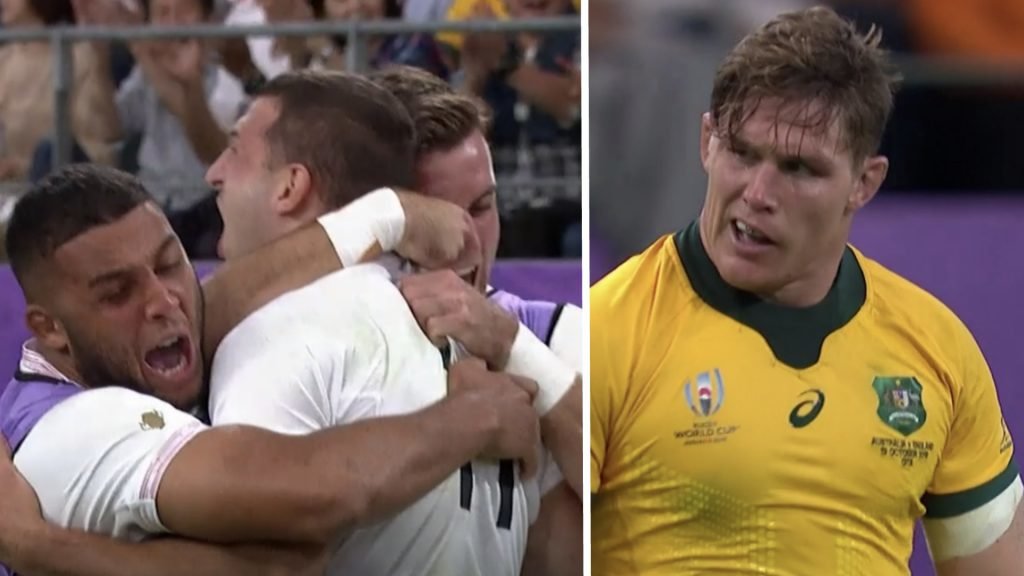 What a game this is, you can feel the tension in this match, even from the players as they both look to get themselves in a World Cup semi-final.

England scored 2 quick fire tries thanks to the efforts of Jonny May from a basic try and a sensational try.

Just look at how intense the match has been so far, look at these hits!

Eight tackles so far with one missed, Tom Curry is putting in a shift for the @englandrugby back row.

A master at the breakdown, @pocockdavid is making himself known in #ENGvAUS

Serious intensity in the first half with some massive work from both the back rows. Pocock has been particularly dangerous at the breakdown with his work there.

Jonny May scored a sensational try from a Henry Slade breakaway.

Australia seemed to be on the offensive but the play suddenly switched out of nowhere for an England score.

Look at the speed on Jonny May.

Another try for May…and it comes off the back of an intercept! @EnglandRugby are rolling here in Oita!

England will be hoping to push on in the second half.

Here are some views from pundits…

The @wallabies are shooting themselves in the foot in their own half, don’t be afraid to boot it boys! #ENGvAUS

Wallabies have got the offload button stuck down. I love an offload. But this is mental.

Tuilagi has missed a few tackles already. Farrell lucky it wasn’t a penalty. Does well initially and unlucky with the knock on. Dodgy territory when he plays the ball after that. #ENGvAUS

Even for the neutral its hard not to see the English dominance growing here. Not just on the scoreboard. But everywhere on the field #ENGvAUS #RWC2019

Hear me out on this, chief. A buddy cop movie starring Kyle Sinckler and Romain Poite…
Andy McGeady
I mean, has anyone checked on TMO Ben Skeen’s condition? Has he been distracted by an incident from last weekend’s games that he’s still watching over and over again?
It’s a great game for sure!
Rugby Onslaught
Sharing