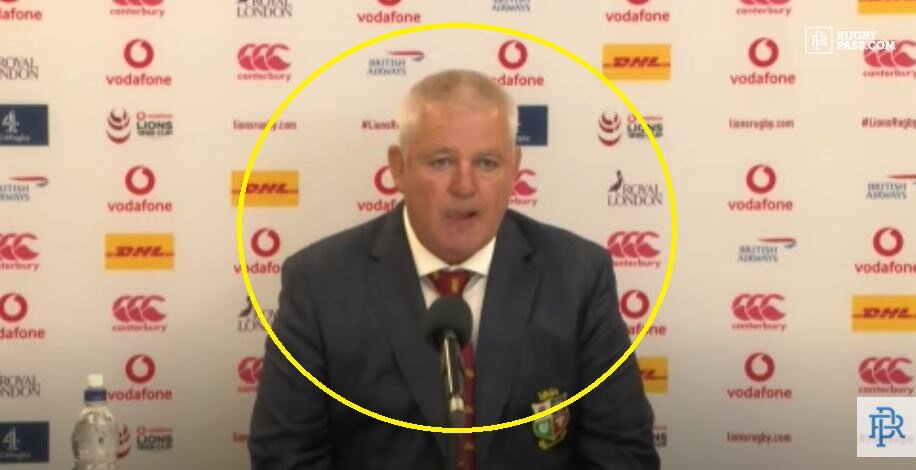 It is fair to say that British & Irish Lions fly-half Owen Farrell did not impress the watching fans with his performance against South Africa A on Wednesday, with many saying that he is not at international standard currently.

The England captain was a late replacement for Dan Biggar and was slow to get going, producing a number of errors in the opening quarter. None was more costly than his charged down kick which led to Sbu Nkosi’s try, where he must have missed Eben Etzebeth’s frame closing in on him.

Farrell grew into the game, but still struggled to break down the South African defence, with the only try coming from close range. His first impression though in the most important game of the tour may have lost him a lot of support.

The most important thing is whether Lions head coach Warren Gatland still supports him. With many fans saying Farrell is not at Test standard at the moment, particularly after the season he has had with Saracens’ in England’s second division, Gatland does not have much time to decide whether the Englishman wears the No10, or indeed No12, shirt next weekend.

Though he missed the game against South Africa A with an ankle sprain, many fans feel Farrell’s performance only boosted Biggar’s chances of starting against the Boks. Neither are in the squad to face the Stormers this weekend to make a final statement, either good or bad, as Marcus Smith starts at fly-half. The rookie may even be able to stake a claim for a Test berth with his performance.

Nice to see Owen Farrell playing Dan Biggar into a test place and Connor Murray’s kicking has been abject. #LionsTour2021

Once again Owen Farrell proving that he is not international quality. How he has his reputation is beyond me #LionsRugby

I’ve said it before, and I’ll say it again. Owen Farrell has absolutely no business being anywhere near this #LionsTour

Farrell is totally off it atm. His dithering when passing slowed us down. I’d have Biggar starting at 10 with Smith on the Dame Judi. If Murray’s box kicking ain’t on point I don’t see much that he offers. G Davies starts first test for me.

Farrell still not at the races when it comes to decision making and sadly a repeat of his display in the 6 Nations. Boks worthy winners tonight but a game we’ll learn from 🤞

Why is Farrell there at all? Sexton left at home – bewildering.

No attacking effort from Farrell, poor attack kicking. Maybe he still suffer the English loss against RSA.
C Murray very very poor kicking the whole game with no ground gaining.
Poor game plan that did not shift to another plan.
The team didn’t play as usual

Good response second half but you simply cannot gift tries to SA. Farrell not an international 10 or 12 but SA indiscipline could cost them in test series.

Not sure way Farrell is even rated as a flyhalf kicked away possession and the amount of errors and penalties is shocking for a socalled international team. Just cause it’s snowing on the mountain doesn’t mean the Lions should have brain freeze.