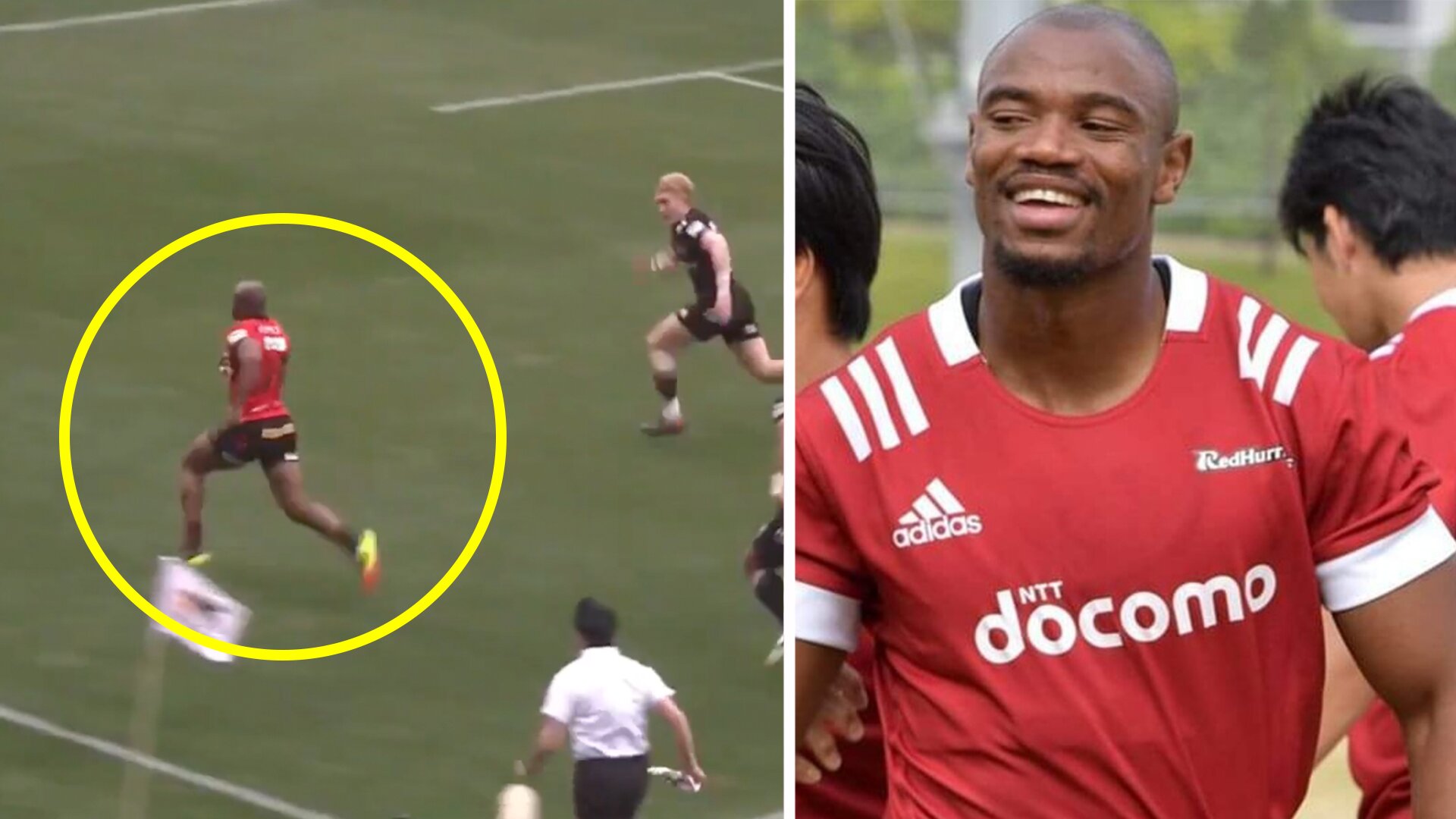 The Top League in Japan is yet again one of the most exciting competitions in World Rugby, with the likes of Beauden Barrett, Willie Le Roux and others featuring for the side in the tournament.

Dan Carter made big waves in Japan when he played for the side over the past few seasons. He retired recently from the sport, and Japan and the Top League were his final destinations where he would play rugby.

The 30-year-old seems to be really enjoying his rugby in Japan since his move in the Summer.

The South African has a lot of attention on him around the rugby world now since his World Cup-winning exploits for the men in green.

The South African combined well with his All Black teammate TJ Perenara for a brilliant try at the end of the second half of the match.

Here is the footage of the South African World Cup winner on his full debut for the Red Hurricanes over the Ricoh Black Rams.

Some interesting additional facts about the South African.

Super Rugby’s Sharks did manage to keep hold of Makazole Mapimpi and Lukhanyo Am for a while despite the Springboks World Cup winners reportedly receiving lucrative offers. Am decided to stay in the country but Mapimpi opted for the Top League eventually.

We will continue to monitor the progress of the South African players in the league.