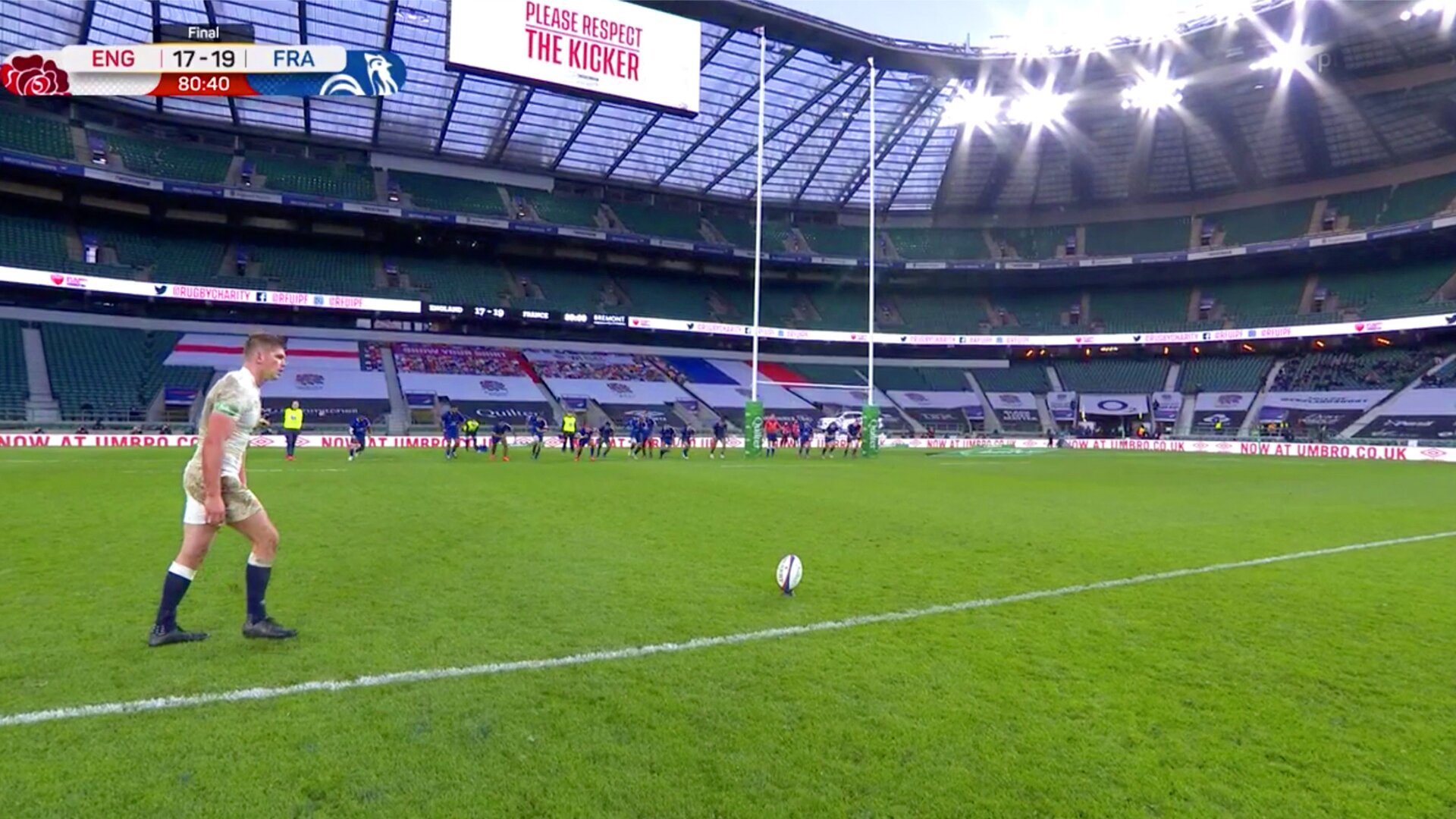 Many rugby fans were disappointed today with the France rugby team after a surprisingly poor show of sportsmanship in the final of the Autumn Nations Cup.

England won the Autumn Nations Cup in the dying moments of the tournament thanks for an Owen Farrell kick.

However, it almost wasn’t to be as essentially a french 4th string team held England to the very dying moments before the men in white pulled away.

There was a surprising show of poor sportsmanship in the game which has upset much of the rugby community, however.

In the 80th minute of the game, England needed a  converted try to draw the game level. Farrell was lining up the conversion which would have given the team the 2 points needed to make it a draw and bring it to extra time.

We were shocked when we heard the French players screaming at the Saracens star as he went to boot it over.

Poor form by France screaming during that kick.

Silence when Owen Farrell kicks for posts, England crowd are screaming before the French kicker has even set the ball up on the Tee😅 I’ll say it before n I’ll say it again n again #fuckengland

French screaming at Farrell as he takes kick. How is that not a pen

Rugby is a sport built on the ideas of respect and good sportsmanship, so it was very surprising for many fans to see this kind of behaviour from France.

We were very shocked at RO headquarters when this clip reached us.

The England team now are looking to take the number 1 spot in the World rankings with this win over Les Bleus.

It marks a strange end to the 2020 season where England have won both tournaments they played in despite having imperfect performances!