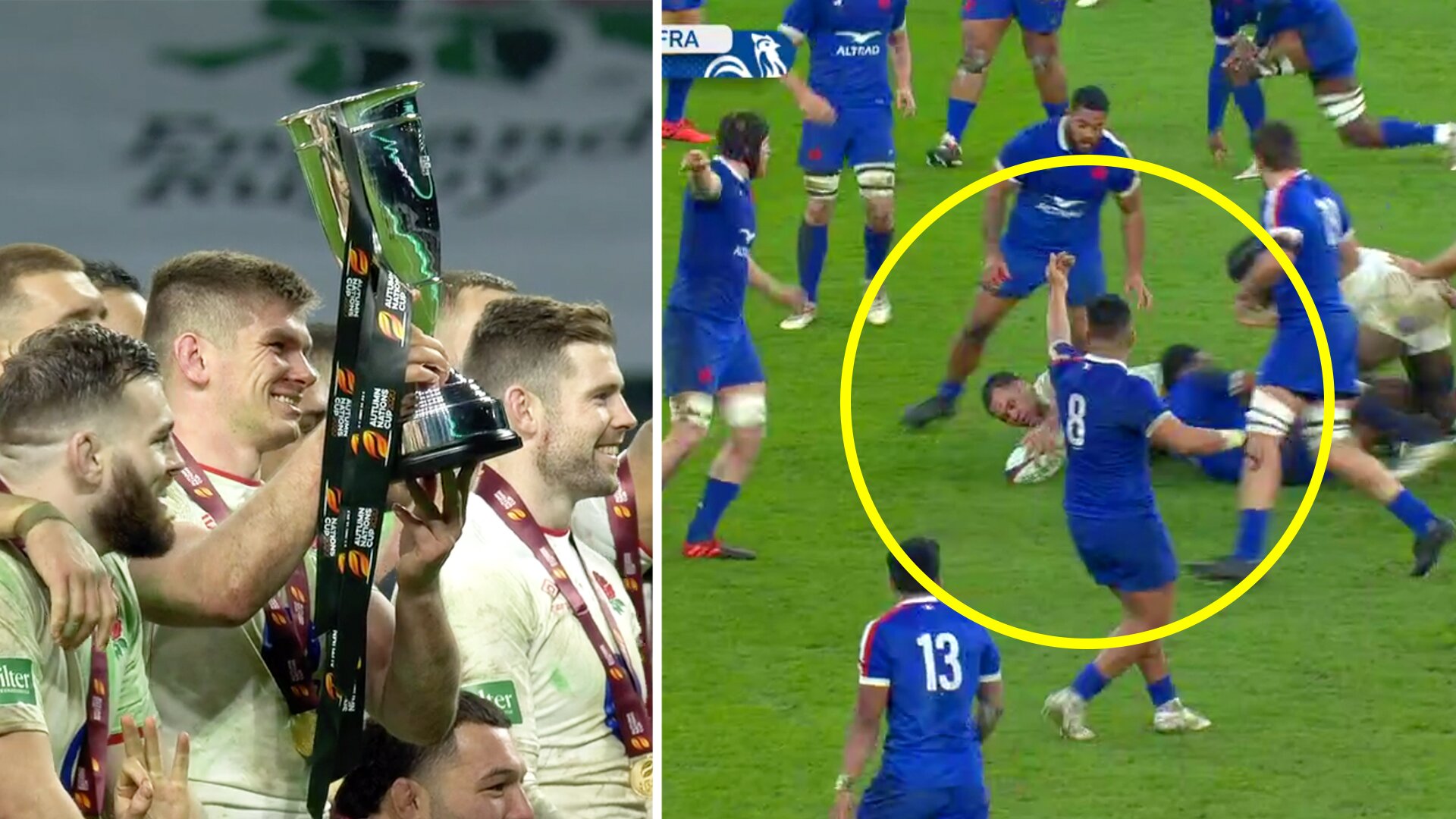 Undeniable evidence appears to have emerged from France and their Autumn Nations Cup loss earlier today less than an hour after the Six Nations Champions lifted the trophy.

Fans swarmed social media in the immediate aftermath of England’s tournament triumph with several allegations of foul play in the lead up to crucial, game-changing moments.

After these incidents were brought to our attention – it really is hard to ignore.

France robbed of that.

The ref did everything he could, to give England that game. England very very lucky, France absolutely robbed! #ENGvFRA

The first moment that enraged people was in the lead up to England’s try in the match where eagle-eyed viewers spotted something irregular.

We see as number-eight, Billy Vunipola, crashes the ball up into the French line before being hauled to the ground in the tackle.

This new footage shows the moment that the Saracens man appears to knock the it on as he hits the ground with the ball rolling forward before Vunipola can get a hold of it once more.

Watch the incident in question below.

A clear knock-on in the lead up to England’s try.

Fans on social media were outraged as the referee or video ref’s did not pick up on the matter with the hosts going on to score later on in that phase of play.

What drew more fury from online users was that there was yet ANOTHER knock on in the same phase of play that yet again was not spotted by any of the officials at Twickenham.

Watch the second knock-on offence below.

And another one a couple of phases later…
pic.twitter.com/O7uetihv5B

Fans were furious and took to social media to vent about the apparent injustice of these incidents going unnoticed.