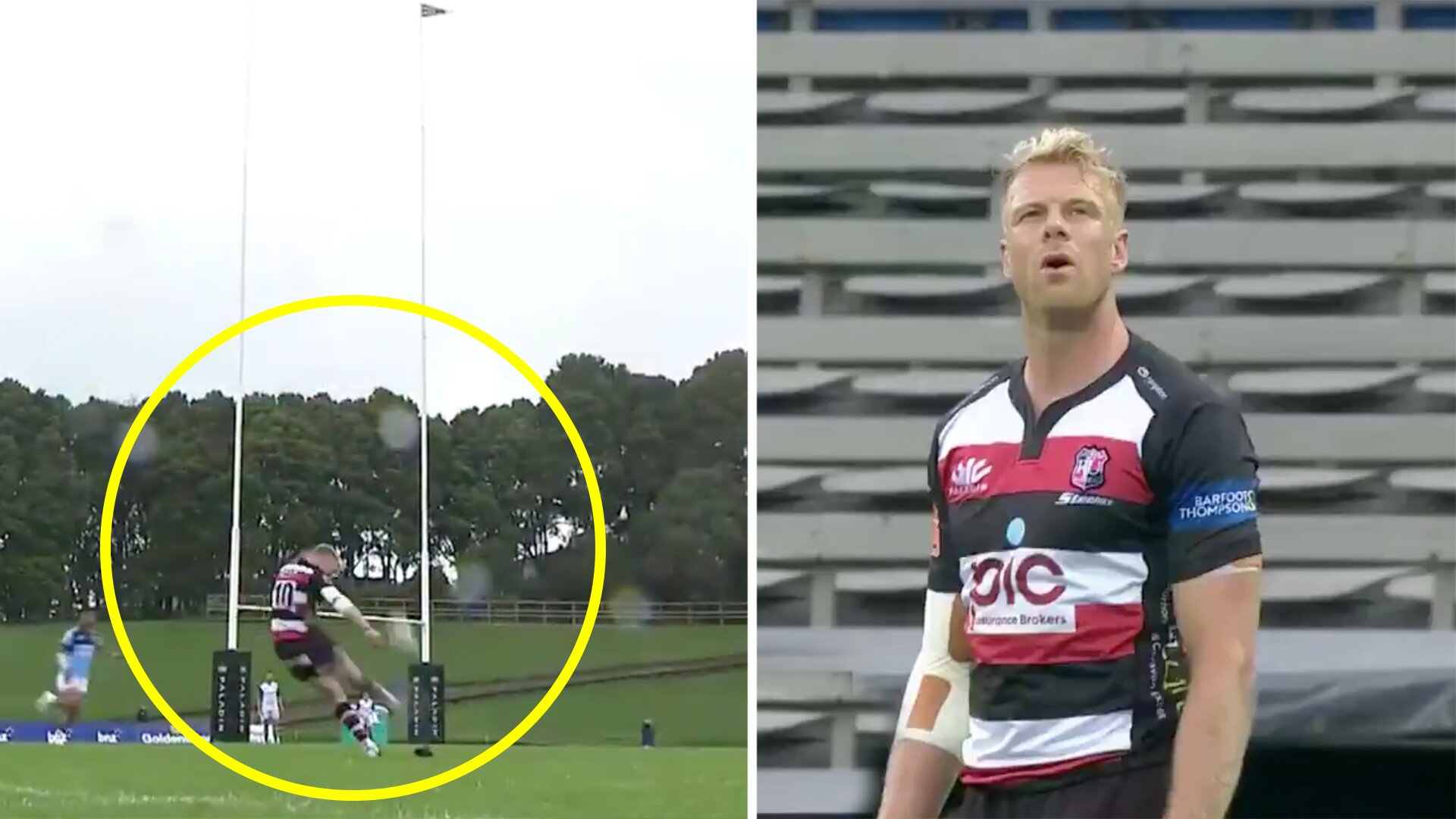 Now you don’t see this every day in rugby. A Mitre 10 player lined up a conversion in a match this week and the bizarre moment straight after the kick caught fans by surprise.

The strange moment occurred this week in the middle of a domestic match in New Zealand, fans really weren’t expecting this to happen for certain.

Witness the moment when fans were caught off guard as Baden Kerr surprises fans directly after a failed conversion attempt.

He makes it look very casual we have to admit!

In other news: All Blacks must adapt to isolation

All Black great Sir John Kirwan has called on the current test rugby stars to follow the lead set by the Warriors during the virus crisis.

The rocky transtasman rugby relationship has descended into Santa-gate, with the quarantine period meaning All Blacks will be forced to miss Christmas at home under the latest Rugby Championship schedule.

Stars like Beauden Barrett have already indicated they are uncertain about their availability but Kirwan pointed to the way the Warriors camped in Australia throughout the NRL season, because of the Covid-19 travel restrictions.

Kirwan, on Sky TV’s The Breakdown, called for a re-think out of rugby circles, and was backed by fellow test legend Justin Marshall.

Kirwan started by indicating he was upset that rugby divisions were becoming public.

“The ABs have always lived like that – you agree to disagree and then commit,” said Kirwan, who also played for the Warriors.

“Bringing your dirty washing out into the public…I don’t know where that’s coming from, I won’t make a comment.

“It’s not doing anyone any good…the transtasman relationship has never been worse.

“The Warriors stayed away five and a half months. This is Covid people, people around the world are sacrificing.