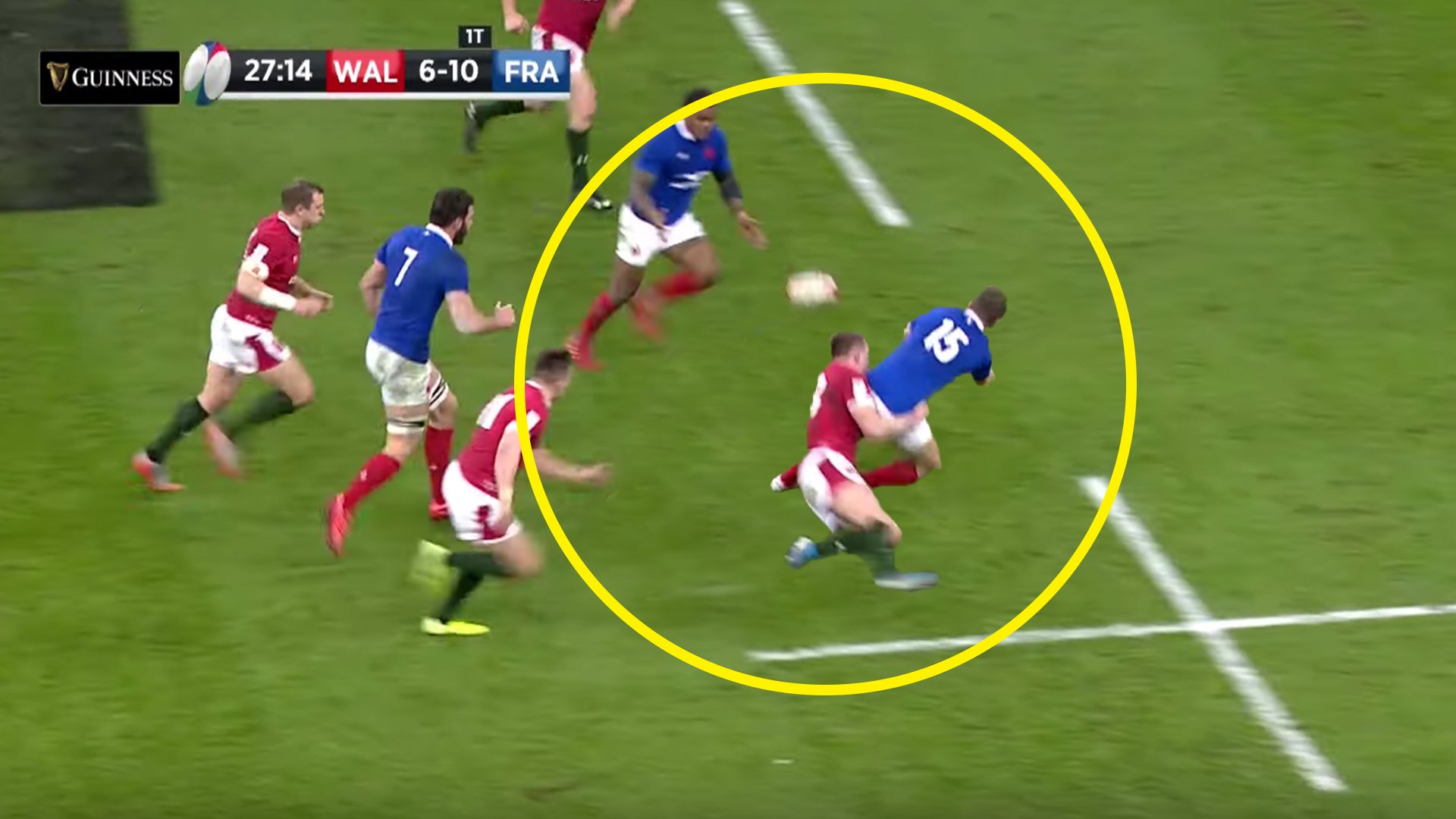 New evidence has proved that a forward pass which denied France a try in the Six Nations was in fact not forward and it should not have been given!

The evidence we found from a new angle proves that in fact the pass made by Anthony Bouthier was in fact backward. The French were denied a vital try in the match which would have given them a winning bonus point in the match. Even more evidence that the Six Nations are trying to suppress a French Six Nations title.

In the replay, you can clearly see that the pass to Gael Fickou is backward and the TMO was wrong to rule it as a forward pass. You can clearly see here that the pass is going backwards and that he was in front of the ball.

If that is not enough evidence, then here is the replay of the actual try itself where you also clearly see that the ball is travelling backwards.

France missed out on a bonus point in this game because of this and the Welsh Illuminati strike again in their bid to steal Wales another title.

France are now firm favourites to win the Six Nations title as they take on Scotland and then Ireland in the tournament. The men in blue have to thank the efforts of Shaun Edwards as their defence was simply incredible today.

Sadly it seems Shaun didn’t slip the officials a cool Euro before the game because it is evident Le Bleu have been robbed of an important bonus point!

We reached out to someone about this angle but as of yet have received no response on the matter about this pass.

France have done incredibly well this year with victories against England and Wales in the tournament now this year.