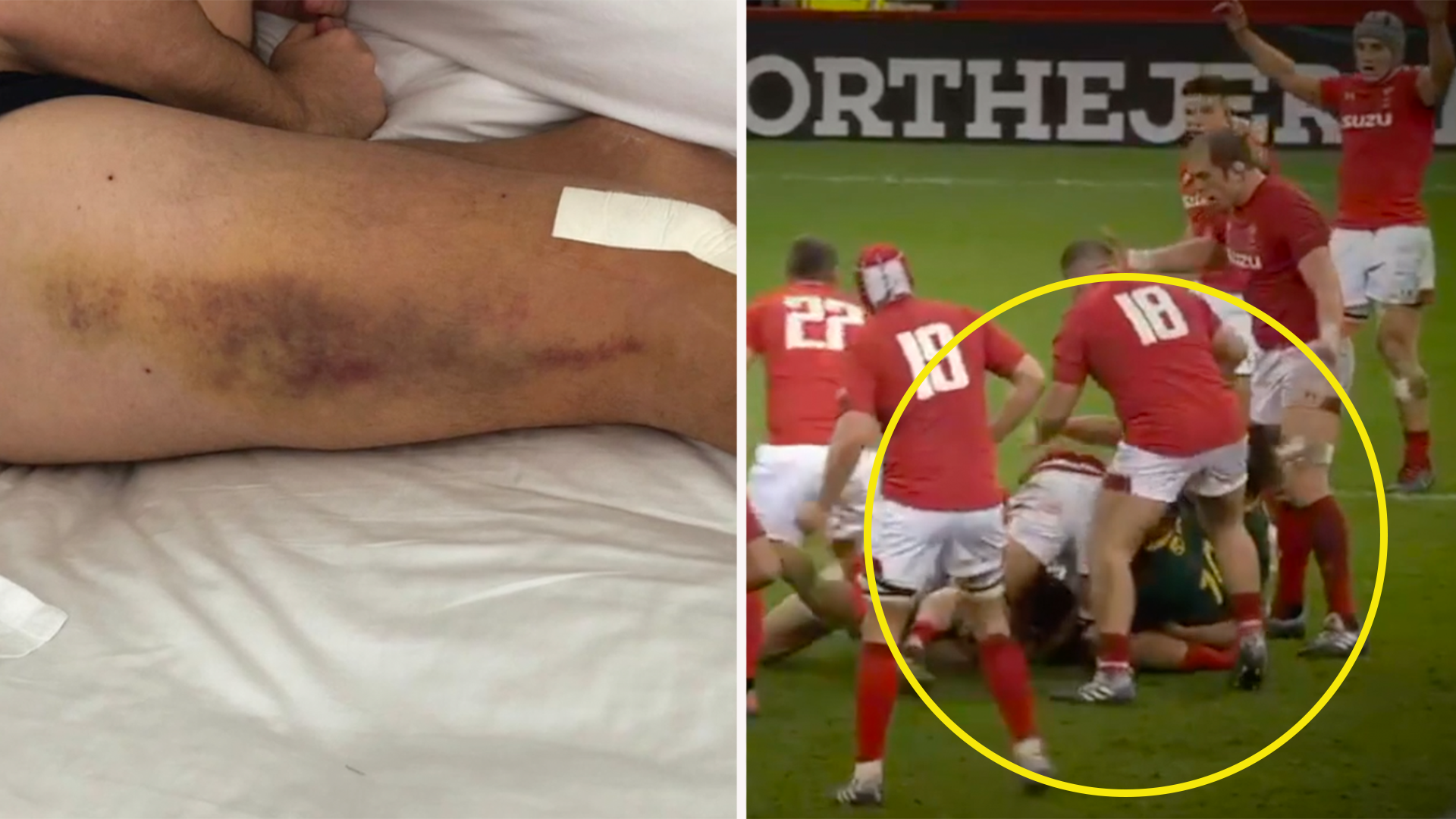 Ellis Jenkins may not currently be a household name in rugby – but two years ago he was one of the most exciting prospects in the Welsh game.

That was until a horrific ACL injury in 2018 put him out of the game for over two years in an international against South Africa in Cardiff.

In this new interview, Ellis Jenkins talks more about how that crocodile roll changed his career – and his plans to get back to the top of the Welsh game with his comeback match for Cardiff Blues this weekend.

The interview with the 27-year-old goes back that fateful day in Cardiff in the Autumn of 2018.

The flanker was hotly tipped to feature in the 2019 Rugby World Cup in Japan before this horrific injury occurred.

He takes us back through the injury in graphic detail, explaining how he was contesting the ball with Handre Pollard at the breakdown before being describing how Etzebeth comes in and ‘smokes me’ with a crocodile roll that led to his knee buckling under his own weight.

watch the full interview and match footage in the video below

Ellis Jenkins: The Road to Recovery from Cardiff Blues on Vimeo.

He then goes on to share some graphic images from his recovery – showing the full extent that the injury caused. After you see this, it’s no wonder it took him out of the game for so long.

After Jack Willis’ awful knee injury in the Six Nations last week from a crocodile roll – fans and critics have been questioning whether the move still should be allowed in the game.

One of the most dangerous techniques in the game, the crocodile roll needs to be made illegal! It cost Ellis Jenkins 2 years of his career and now one of the most promising English players is out for who knows how long

One of the most dangerous techniques in the game, the crocodile roll needs to be made illegal! It cost Ellis Jenkins 2 years of his career and now one of the most promising English players is out for who knows how long

You have to feel Jack Willis. He’s been in superb form, finally gets into an England jersey and then that happens.

The weekend that Ellis Jenkins makes his come back after over 800 days out too. #ENGvITA