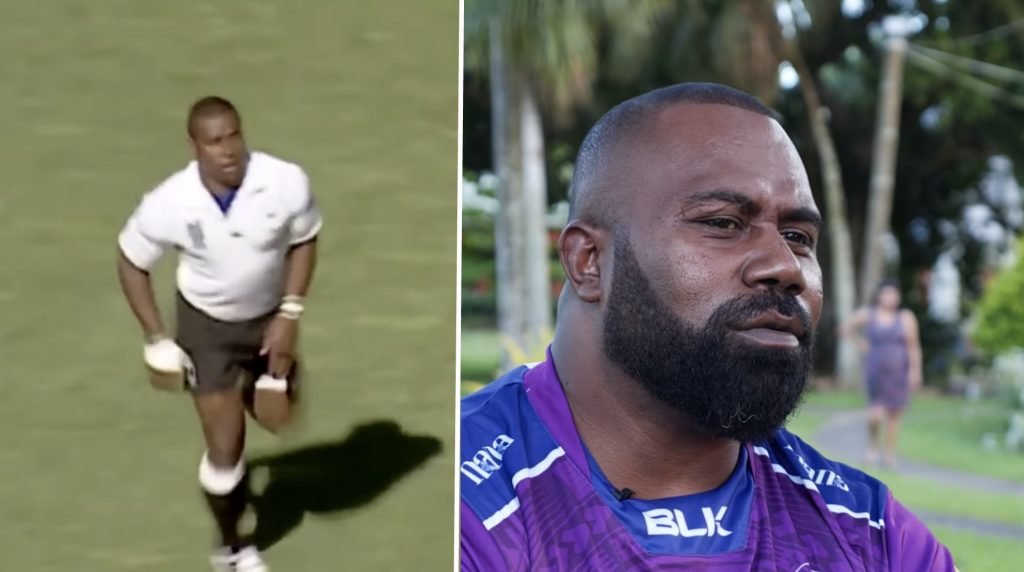 New video highlights the momentous journey of Rupeni Caucaunibuca, one of the best Islanders to ever play rugby

This is really a great little mini doc on one of the greatest Fijian players ever.

It really highlights how rugby can change the lives of these players, and for the areas that they grow up in. Many say Lomu is the best islander ever. But this guy at his best was a different gravy.

In other news: Exeter named unchanged team for final

Saracens have named an unchanged starting XV for the Gallagher Premiership final against Exeter Chiefs.

It means captain Brad Barritt will begin the showpiece at Twickenham. The 32-year-old has recovered from the hamstring injury which forced him off in Sarries’ semi-final victory over Gloucester.

Seventeen of the 23 featured in last year’s final. Richard Barrington, Will Skelton and Ben Spencer start this time around while Liam Williams slots in on the wing having missed the triumph through injury.

Spencer and Williams both crossed for the Men in Black in last weekend’s win with winger Sean Maitland, selected on the left once more, also dotting down. The other three tries were scored by the latest club centurion Nick Tompkins who will look to make a similar impact from the bench.

Tom Woolstencroft joins the centre there in the only amendment to the matchday squad meaning prop Ralph Adams-Hale – one of 10 Academy products picked – will cap off a remarkable personal season with an appearance at HQ.

Director of Rugby Mark McCall said: “We’re hugely grateful to the staff and entire playing group for their commitment throughout the campaign to get us in this position. Everyone has contributed hugely to get us to where we want to be.”