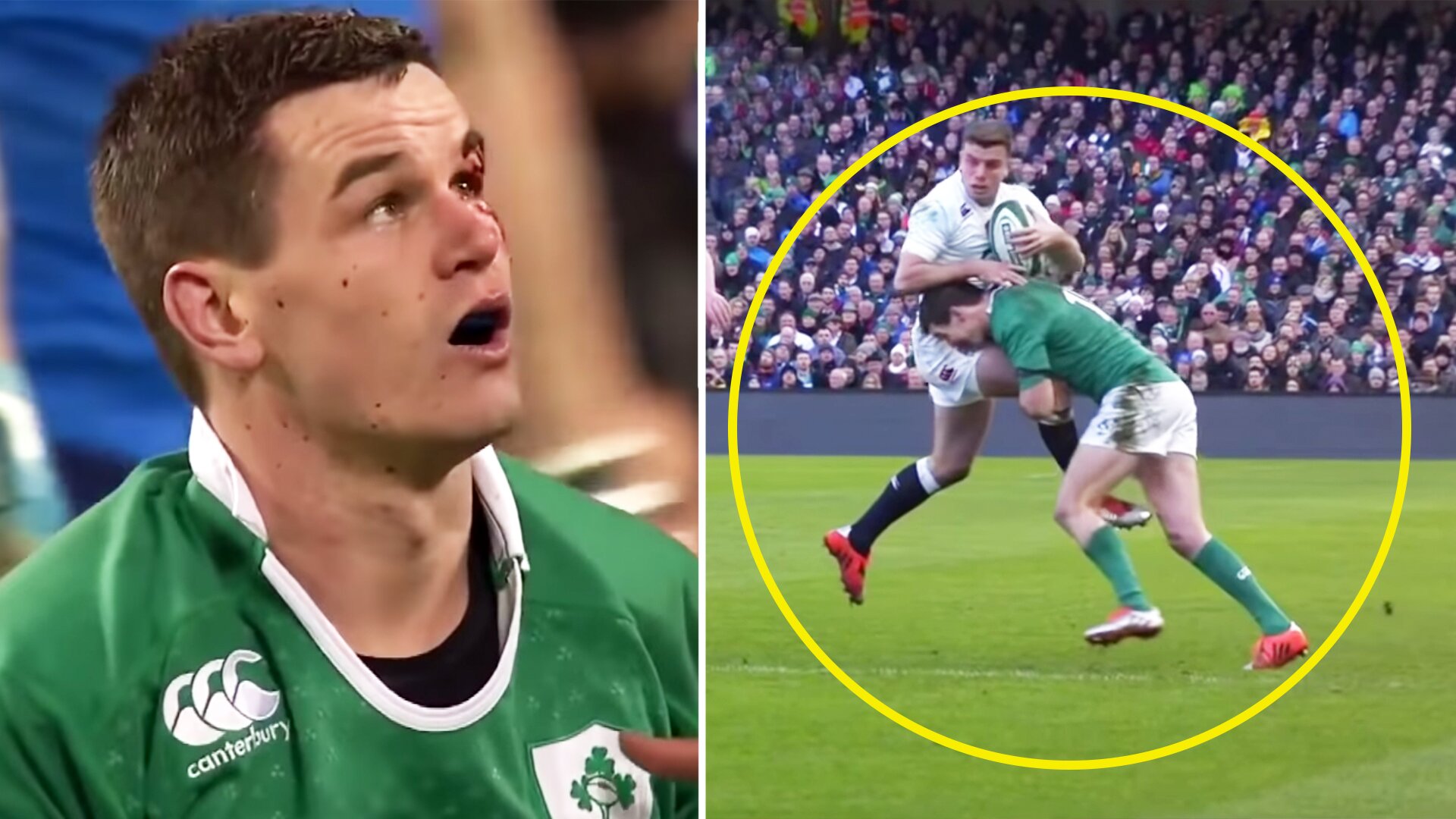 A new video has dropped which shows just how much Johnny Sexton puts his body through for club and country.

The footage comes from Youtube channel ‘Andrew Forde’ and it’s gaining a lot of traction online.

Love him or hate him – after this… you’ll probably respect him!

Being such a pivotal player for Leinster and Ireland, you can see why teams look to stifle his play – but surely this takes it too far?

Not only does the 35-year-old take the big hits… he dishes them out too.

This video features one monster hit on George Ford that an openside flanker would be proud of.

Watch this brilliant new video below

England prospect Ted Hill is the new captain at Sixways after leaping through the ranks at Worcester, coach Alan Solomons deciding to appoint the 21-year-old as club captain ahead of next month’s Gallagher Premiership restart.

Capped by Eddie Jones versus Japan in November 2018, Hill has become one of the Warriors’ most consistent performers and he has now succeeded GJ van Velze as club skipper.

Explaining the new Worcester leadership player group headed by Hill, Solomons said: “The appointment of Ted and Will as club captain and assistant club captain respectively accords with our vision for our young Worcester lads to form the core of our team.

“They are both homegrown players who have come through our academy and it’s fantastic to see them rise to leadership positions. Ted has developed into a terrific player who has the full respect of our whole squad. He is a young lad who has a massive future in the game. He will lead as he plays – from the front.