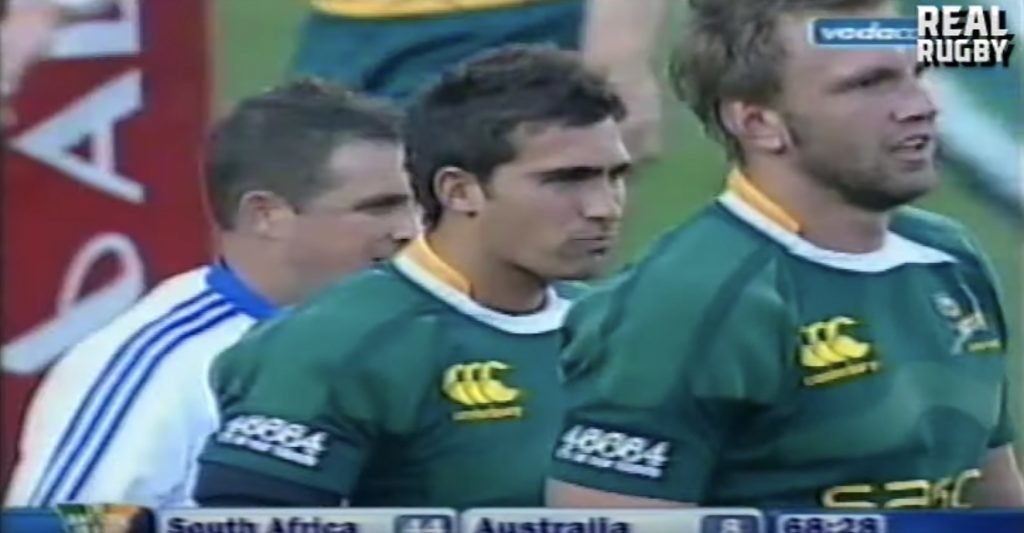 Ruan Pienaar is a great player, nobody can doubt that. He has played in Super Rugby, the Top 14 and Pro 14, excelling on so many different levels.

Real Rugby have put together a great video on Pienaar, focusing on how dangerous he was in attack for the Springboks. People may argue that Joost Van Der Westhuizen or Faf De Klerk is one of the top South Africa players but we feel Pienaar had something extra. That kicking ability and speed cut him apart.

In other news: Ospreys aware of how difficult their pool is

Immediately after today’s draw for the 2019/20 European Rugby Champions Cup, Head Coach Allen Clarke, remarked on the challenge ahead:

“I think everybody knows we’re up against some serious contenders there for the championship next year. Obviously with Saracens showing their pedigree over the last number of years, Munster and Racing, it’s going to be a real challenge. Obviously they have tremendous strength in depth, a tremendous following and they have the pedigree of performing at the top within their leagues and in Europe.

“Having said that, we have shown what we can do, especially at home when we get our best combinations on the field and I’m sure having us as the fourth choice team in the pool, nobody was after that either.

“We wanted in to it, we’re in Europe and we want to challenge with the best and we have a group of players who love, and excel in that. You know there is time now to take a breath on it, there’s plenty to focus on before then but when that time comes around we’ll be determined to put in 80 minute performances to get W’s.”