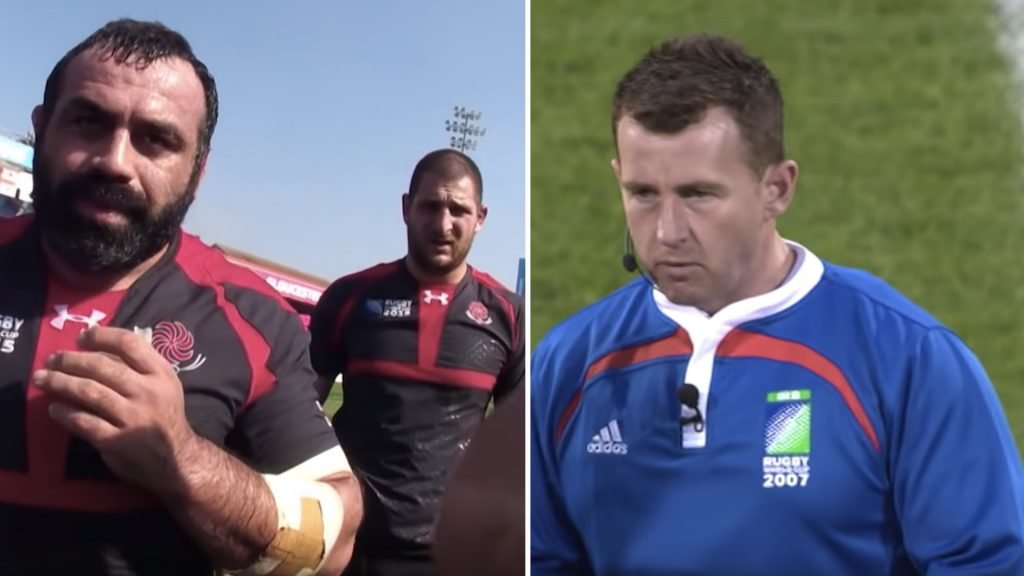 Nigel Owens always give a brilliant insight and this was no different.

The Welshman, touted by many as the best referee in the world, and he gave some brilliant reflections on his best moments officiating the World Cup. Nigel spoke to World Rugby on their YouTube channel.

The words he spoke about the 2015 World Cup final were particularly interesting, focusing on how David Pocock and Jerome Kaino surprised him with their sportsmanship. If you’re a Nigel Owens fan you’ll like this.

In other news: Clair Allan to retire

England Women Sevens player and former Red Rose Claire Allan will retire from professional rugby at the end of the 2018/19 season and return to a career with the Met Police.

The 34-year-old cross-format back made her England debut against Scotland in the 2007 Six Nations, scoring a try on her first outing in the white shirt. Allan has won 36 fifteens caps and 23 sevens caps for her country as well as scoring 29 tries (15 in fifteens and 14 in sevens).

In her 12-year career Allan has appeared in four world cups across both versions of the game, helping the Red Roses become world champions in 2014. She also represented Great Britain when sevens made its Olympic debut at the Rio 2016 Games and won a bronze medal at the 2018 Commonwealth Games for Team England.

After winning the 2014 World Cup in the 15-a-side format, Allan earned a full-time sevens contract. To fulfil this commitment she took a career break as a police officer with the Met Police in the Acton proactive robbery squad to which she will soon return. At the time of taking up the sevens contract Allan had already played in four of the five tournaments in the 2015/16 World Rugby Women’s Sevens Series.

She went on to represent a Great Britain side that finished fourth in the inaugural rugby sevens Olympic tournament in 2016 before returning to fifteen-a-side action – after a 16-month gap – in the 10-5 win over France in the Old Mutual Wealth Series at Twickenham Stoop later the same year.

Allan scored the last try of that series, diving over in the corner as England beat Canada 39-6 at Twickenham Stadium, before injury ruled her out of the Women’s Rugby World Cup in 2017.

After injury kept her out for a period of time, she was again part of the full-time sevens squad for 2017/18 season. Allan played in three of the five tournaments in the world series (Dubai, Kitakyushu and Paris) and earned selection for her third consecutive Rugby World Cup Sevens in San Francisco last year.

This season, Allan has appeared in three series tournaments, captaining England in the final leg in Biarritz last weekend.