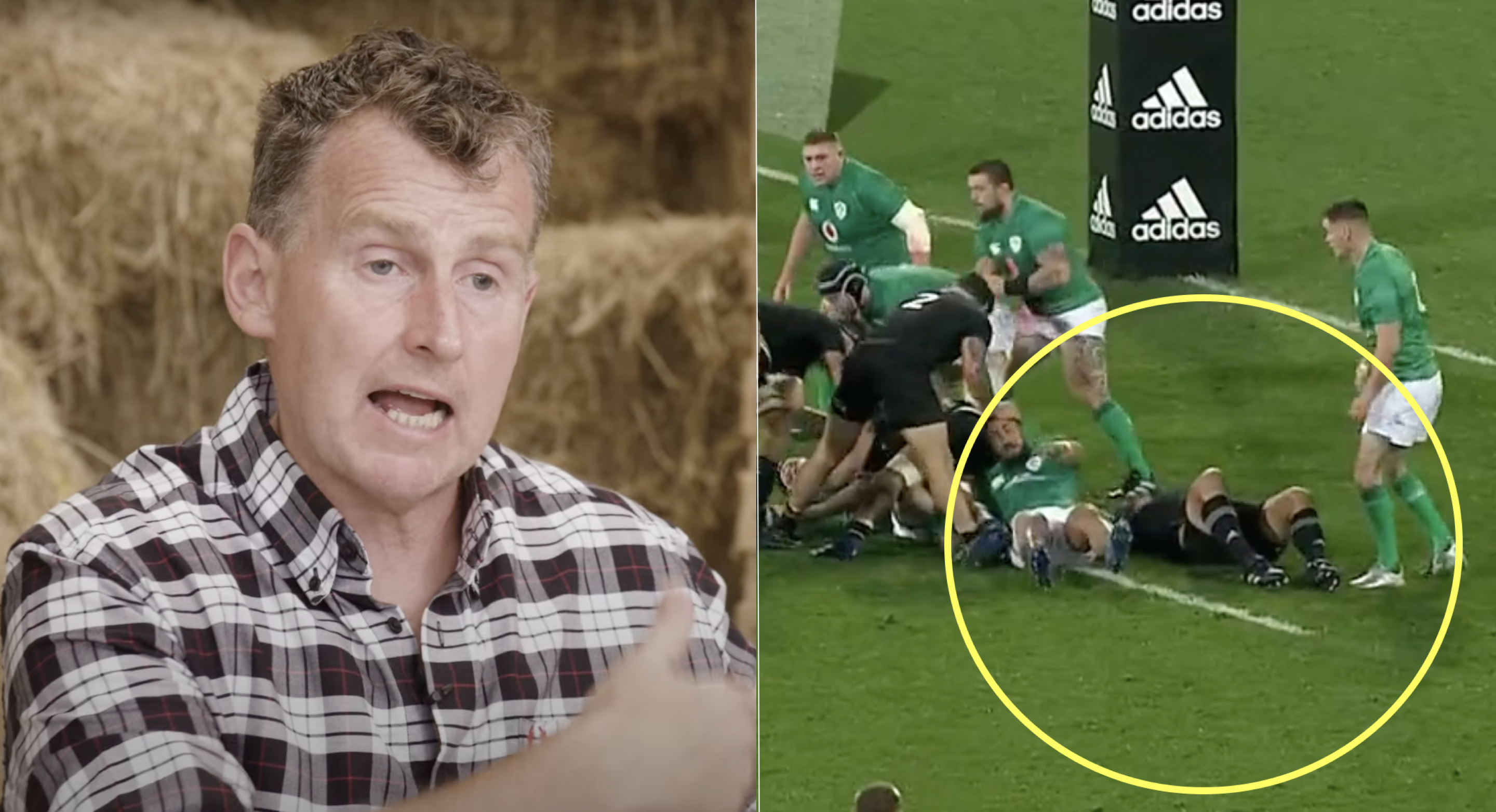 Nigel Owens on the controversial Ireland red card that was ignored

Amid the furore of the Andrew Porter tackle on Brodie Retallick on Saturday in Wellington and whether the Ireland prop should have been red carded or not, there was a clear out from Bundee Aki that has proven to be quite controversial as well.

The Ireland centre cleared out the All Blacks’ Ofa Tu’ungafasi early in the second half of the third Test which resulted in the prop failing his head injury assessment. However, this was not seen to during the match, and has not resulted in a citing either.

Here was the clear out (at the beginning of the clip):

! Savea POWERS over the line for New Zealand! #NZvIRE pic.twitter.com/HzYo7MXPIk

Former Test referee Nigel Owens has shed some light on why Aki might not have been punished during the match, despite many fans saying it should have been a red card.

On World Rugby’s latest episode of Whistle Watch, Owens explained what would have happened during play, which may be helpful to some disgruntled All Blacks fans.

“Some of you eagle eyed watchers from the game would have seen the Bundee Aki clear out,” Owens said.

“Very interesting one here. It looks like he may well have made head contact, it looks like it. But we can’t see. I’ve looked at all the angles and what you don’t know as well is during the game the TMO would have been looking back through all those angles to see if he had any evidence to let the referee know ‘I’ve got foul play here, so we need to check it.’ So this is happening in the background, this is good because it doesn’t stop the game to check something and then come back and say ‘there’s no foul play.’ So the TMO is looking at all of this. There is no angle to show that there is head contact by Bundee Aki’s clear out.

“So Bundee Aki’s clear out is pretty much the way most players would clear out in the contact area. Yes, it’s a little bit higher than usual, both players are high, so when the referee and the TMO looks at this, or the TMO looks in the background, there is no foul play. This is probably why we haven’t seen a citing either because they’ve looked at all the evidence, they can’t see any factual evidence that there was contact with the head, so therefore it is just a rugby collision and there is no foul play. So rest assured the TMO will be checking all of this in the background- nothing to see, nothing to show the referee then to put it on the screen and that’s why we had play on.”